Find all the golden bolts on Cordelion with our guide. 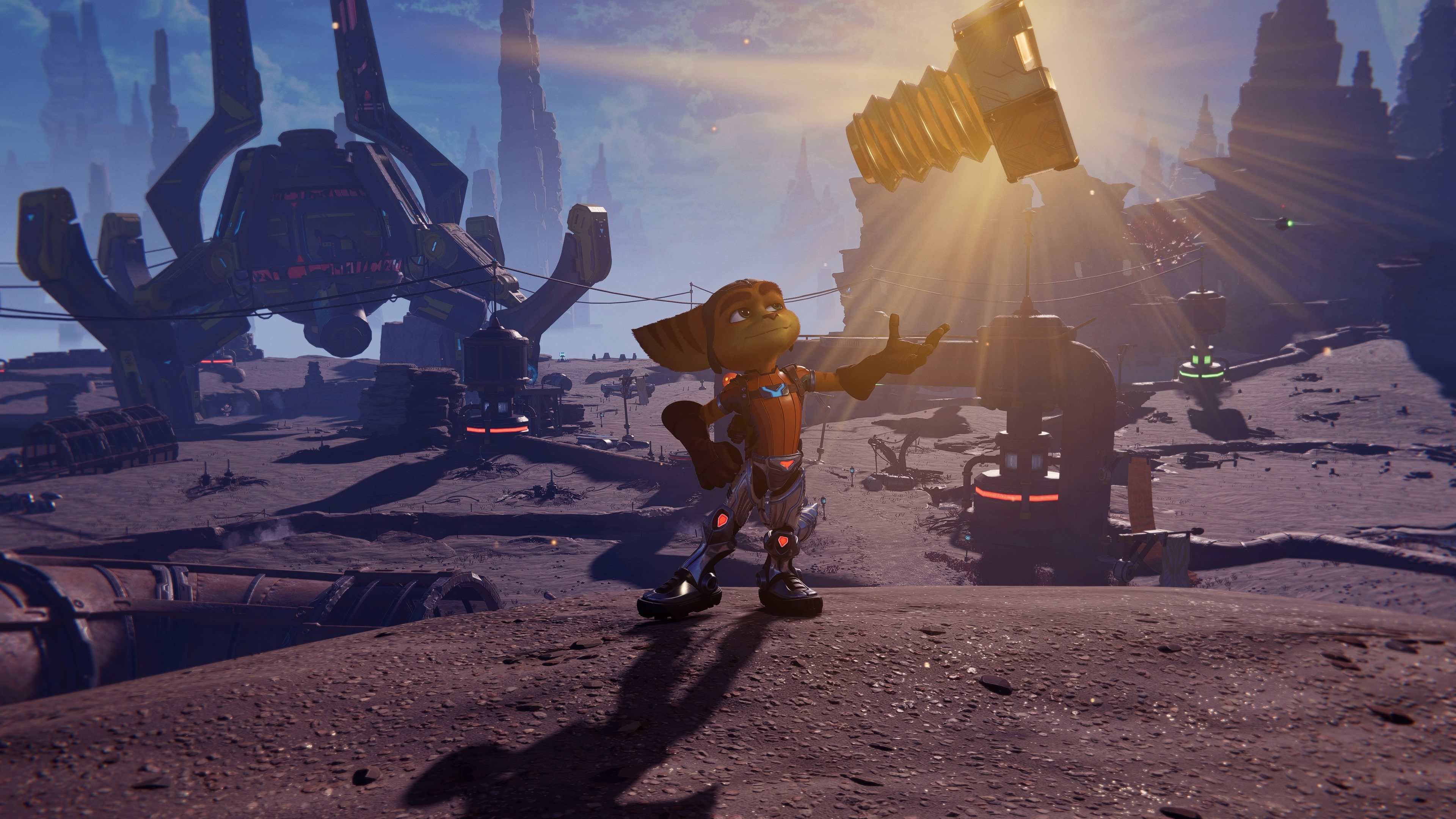 Find all the golden bolts on the Zurkon family planet.

Ardolis is the pirate world Ratchet and Clank venture to during the back half of the game. They have to save Rivet's nemesis, Pierre Le Fer from execution after he blew up his crew's ship trying to defeat Rivet in the arena. But there's more here than just pirates and rundown amusement parks. Ardolis is home to two golden bolts, one of the Ratchet and Clank series' most iconic collectibles. Here's how to find both golden bolts while dodging pirates and dangerous wildlife.

Ardolis' first golden bolt is an easy get, as it's right along the path of one of the planet's story missions. While attempting to find and rescue the notorious pirate Pierre Le Fer from his own execution and eventually speak to Captain Quantum, Ratchet and Clank have to head to a place called Skull Mountain to complete some pirate trials. While working your way through what turns out to be a fairly ramshackle amusement park, you'll meet your second "challenge," a Grunthor that has unfortunately starved to death due to a virus shutting down its automated feeder. While it's too late for the big guy, you can still open the feeder to grab a golden bolt. Have Glitch take care of the virus, and boom, you've secured bolt number one.

The second bolt on Ardolis takes a bit more doing to snag. After completing the story quest here, return to the island with the speetle you used to get to Skull Mountain, or any of the others marked on the map, if that's more convenient. The bolt is hanging in mid-air, surrounded by explosive crates. Ride your speetle to the ramp and speed burst between the crates to snag this bolt.

That's everything you need to know about finding every golden bolt on Ardolis, which brings you one step closer to one hundred percent completion. For more help with collectibles in Ratchet and Clank: Rift Apart, check out our other guides.