Same technology that lets you play Xbox Series X games on your phone or desktop will extend to Xbox One players soon. 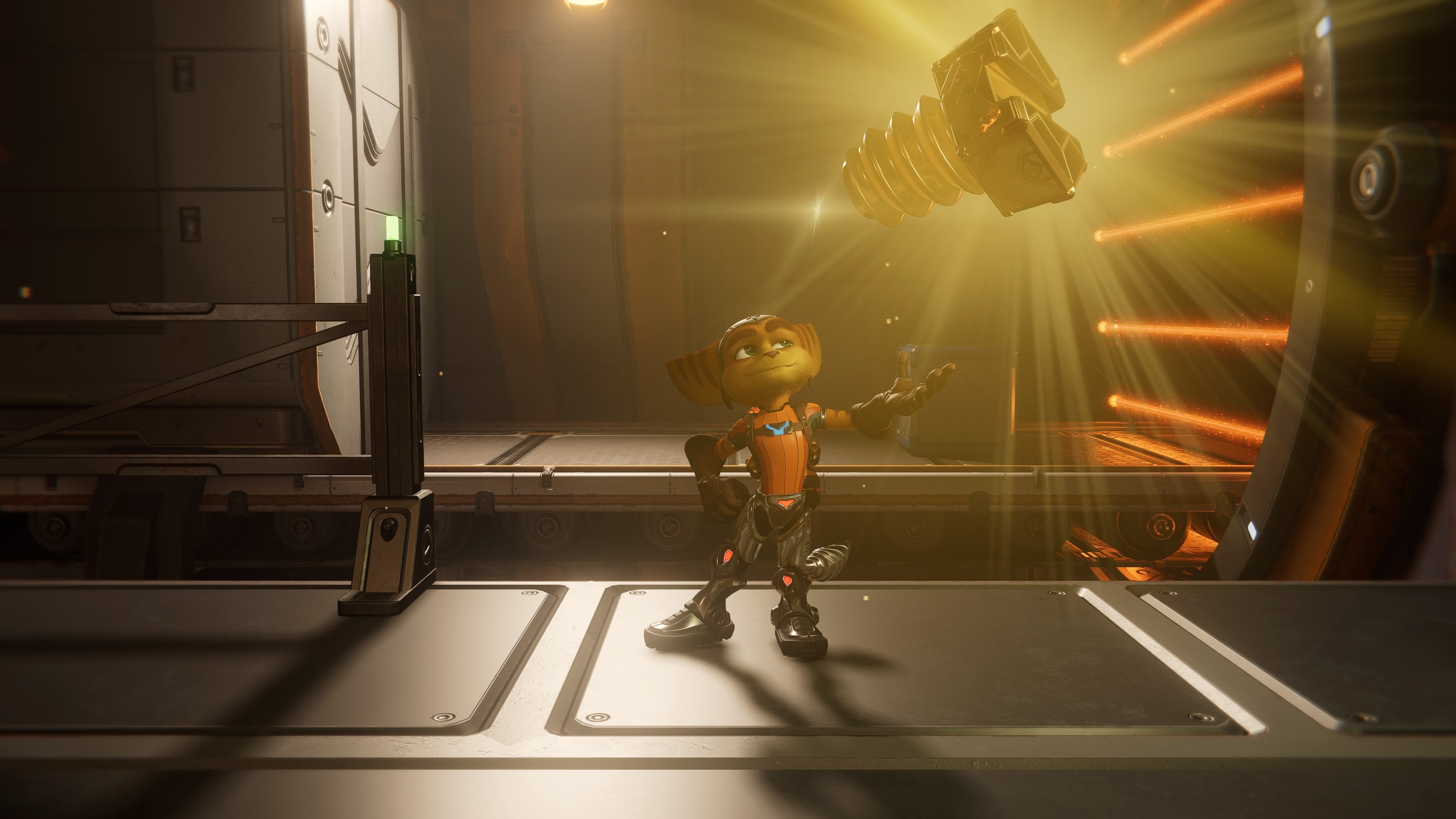 Get all the golden bolts on Ardolis with our guide.

Golden bolts are one of the collectibles in Ratchet and Clank: Rift Apart you'll need to gather to fully complete the game. Here's how to grab all three on Cordelion.

The first golden bolt on Cordelion is located in the lower levels of the station where Juice was being kept during the story mission. From your ship, take the floating platform over to the station. Run up the stairs there and hit the Blizon stone. Slide back down the now icy stairs and make your way to the elevator. From the room you're dropped off in, continue straight through the hall until you encounter a door that's stuck halfway open on your left. There's a rift right behind it, so pull yourself through to sneak past the door. Once you're in, the golden bolt is yours for the taking. To get out of the room, since there's no rift back on the other side, simply shoot the large stack of explosive crates to the left. These will blow the door off, allowing you to leave.

To snag the next bolt, go back up the elevator you came from. On the side closer to the stairs, there's a platform with another Blizon stone, and you need to head there. You'll want to stay in the snowy dimension for now, since the platform we're aiming for has no shield around it here. Stand on the ledge overlooking the platform and jump/hover and then rift jump to get onto the platform. Hit this warp stone and boom, you've got the second bolt.

Grabbing the third bolt requires you to head for the underwater section of the snow dimension. To do this, revert the dimension back to normal by jumping off the main platform. You'll spawn back at the Blizon in the tower there. Return to the ship, then warp to the Rubion Forge. Hit the Blizon in the room behind the warp pad where the pocket dimension is, then head in the opposite direction through the facility.There are a lot of the goopy little green guys running around, so keep an eye out as you go. Follow the path straight until you emerge from a tunnel to a fork in the road. Choose the right hand path and Mag Launch across the small gap. Directly in front of you will be a wall with magnet panels. Launch onto this, head straight up, and you'll find the bolt in the room here behind some rocks in the middle.

For more help with completing Ratchet and Clank: Rift Apart, check out our other guides.