Looking for golden bolts? Here's all three of Corson V's. 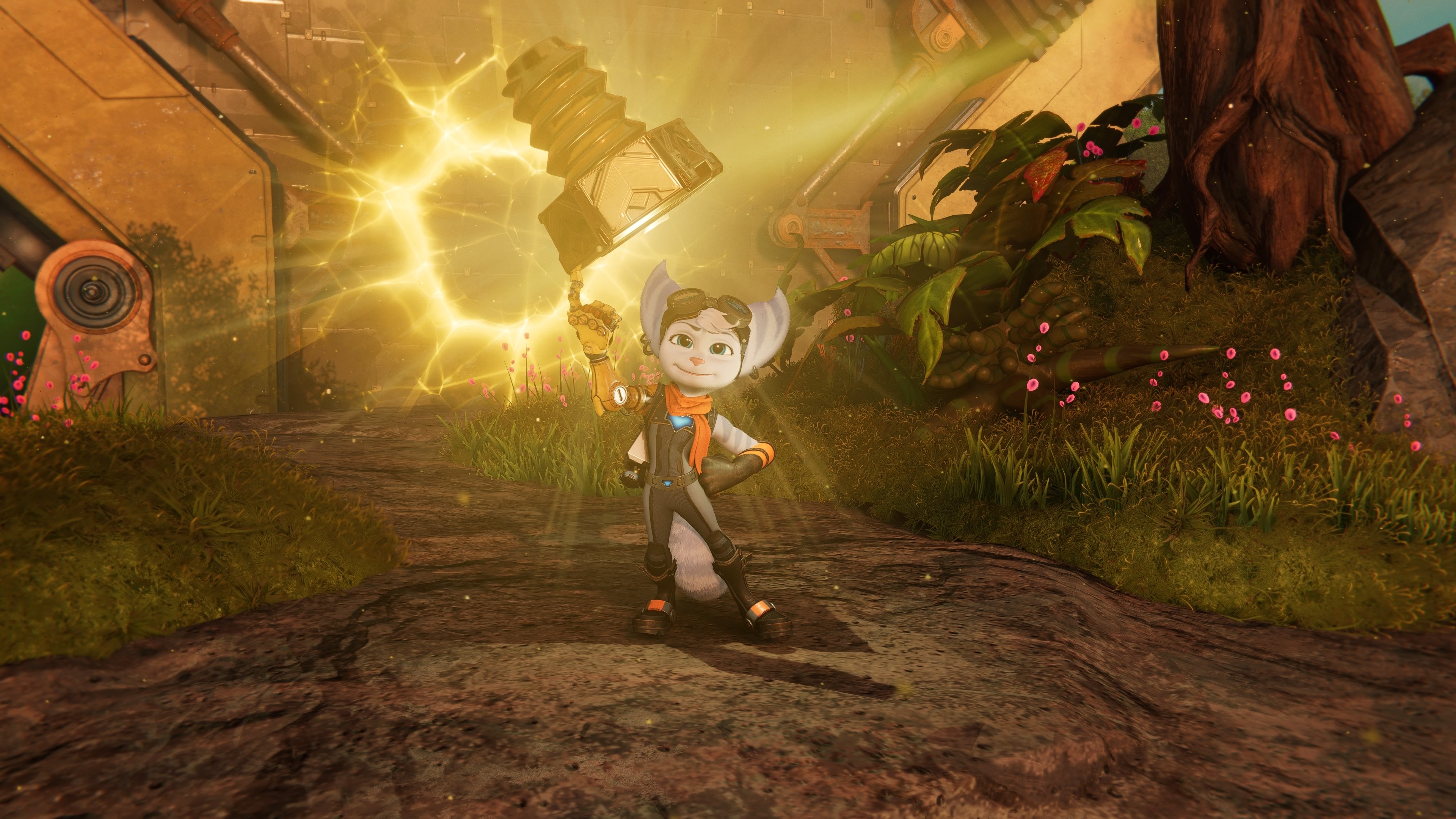 The demon kingpin Kazuya Mishima joins Smash Ultimate from Tekken by throwing everyone off a cliff.

Ratchet and Clank: Rift Apart has a litany of collectibles to find across its various planets. The big three are armor sets, spybots, and of course golden bolts. Here's how to find all three golden bolts on the planet Sargasso.

Getting the first of the three golden bolts is relatively easy. All you need to do is start collecting Zurpstones for the Morts' pet Trudi. Once you've found the first 25 for her, she'll be able to fly Rivet around the planet, giving you more visibility to scope out different collectibles.

Directly in front of the Gelatonium Factory, where you initially find Trudi, there is a set of cliffs with satellite towers and big hoops on top. To get Sargasso's first golden bolt, simply have Trudi fly through the big hoop in the middle, you should be able to see the bolt once you're in the air.

For the next bolt, head back to the Gelatonium Factory, and walk around the right side (the side by your ship) until you see a rift on the left. Hop through it and the golden bolt is sitting on the far side of this little cliff.

The third and final golden bolt on Sargasso is also a relative walk in the park. Head straight down the walkway from the factory and jump the speedle to the next island, or simply fly Trudi to the perch there. From here, walk towards the big green goop silo and head behind it. The golden bolt will be there, but so will some enemies, so be ready.

With that, you'll have collected every golden bolt on Sargasso, and will be that much closer to one hundred percent-ing Ratchet and Clank: Rift Apart. To gather the golden bolts for every planet, check out our other guides.