Everything announced at E3 and Summer Game Fest 2021

The full breakdown of every single game and trailer show during the E3 and Summer Game Festival 2021 extravaganza. 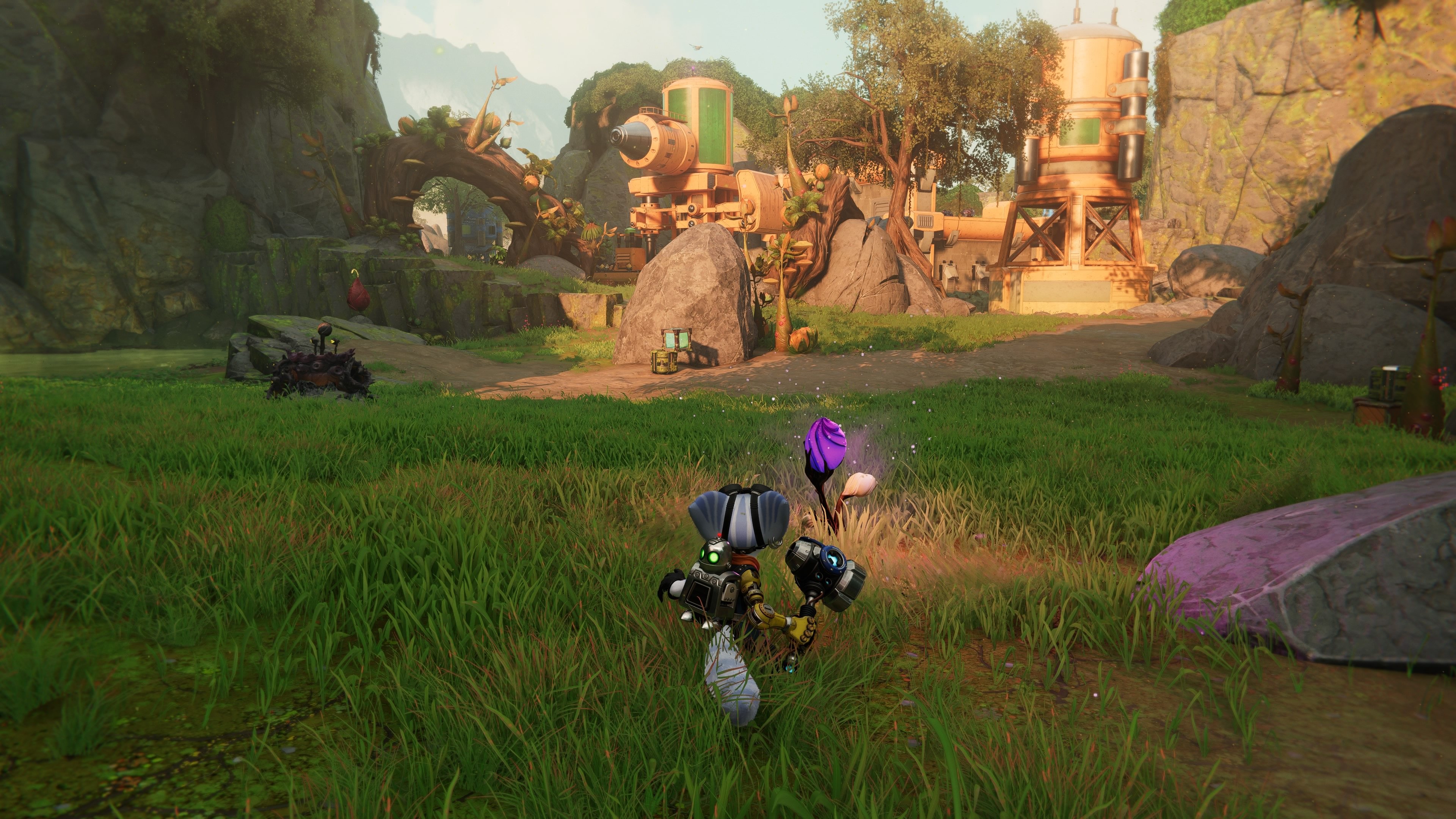 Looking for golden bolts? Here's all three of Corson V's.

Ratchet and Clank: Rift Apart features a lot of funky fauna, including Trudi, a flying, dragon-like pet of the Morts on Sargasso. Rivet can help out the Morts and Trudi by gathering her favorite food, Zurpstones, from around the planet. In exchange, Mort will trade you some Ranger Boots and other gear.

To start, you'll have to gather 25 zurpstones from around the swamp using a speedle. You can grab these from anywhere, all that matters is getting the total amount, though it will make things easier later if you grab as many as you can while you're out and about. Once you turn those in, Mort will let you know that you can score some even better gear if you turn in all 60 zurpstones on the planet. This time, you can hitch a ride with Trudi to help you scope them all out. Here's where you can find every zurpstone Sargasso.

To start, head for the cliffs directly in front of the station where you get on Trudi. On top of the tallest satellite tower there, you'll find a zurpstone. Keep this one in mind, as you can't grab it quite yet.

Fly past the cliffs towards the factory. On top of one of the jelly vats is another zurpstone this is another one we'll need to come back to. Just past the factory, in the field to the right, there will be four more zurpstones. Be careful though, as there's also a Grunthor laying in wait there.

Head to the next Trudi nest, near another large vat of jelly. You should find a speedle nest and in the distance some Goons-4-Less are fighting a Grunthor. Make your way to the action and take down the enemies. From there, there is a ledge on either side where you can find more zurpstones.

Your next stop should be the island where you and Clank originally crashed on Sargasso, where the purple warp pad to the Gelatonium Factory is. Defeat the horde of purple frogs and then gather the zurpstones here.There's also some Raritanium here! Once you've grabbed the three zurps near the warp pad, continue down the path and across the acid gap. Head towards Ms. Zircon's voice and you'll see another zurpstone. There's also another chunk of Raritanium behind the rock to Ms. Zurkon's right.

Continue past Ms. Zurkon on the path to the right towards more purple frogs.Take care of them and snag the zurpstone on the shore. Head up to the Trudi nest to the left and hop aboard.Once you've saddled up, you should have enough zurps (45) for Mort to let you know that Trudi can now shoot fireballs thanks to your gathering efforts. While in the air, you can now shoot zurpstones to harvest them, so we can now head back for those previously un-grabble ones.

As you fly, any zurpstones or enemies near you will be highlighted in red, so just point and shoot to clear areas or grab those hard-to-reach zurps. Guide Trudi around the back of the yellow tunnel and circle around to the point of the island there. A red highlight will reveal the zurpstone hiding there. While you're in this area, fly above the clearing where Ms. Zircon is hanging out and point Trudi upwards. Another highlight will pop, giving you another zurpstone once you shoot.

As you're gathering the high-up zurpstones, fly Trudi over the wall. Torch the Goons-4-Less there and shoot the zurpstone. Circle back to the front of the factory and have Trudi shoot the zurp underneath the bridge there. Now fly behind the factory to find another one. Guide Trudi up to the top of the factory and shoot. Now head to the tunnel with the pocket dimension and find the final zurpstone nestled near a glowing light and a box. Snagging all 60 will get you the Sargasso Spybot, which unlocks the RYNO 8 weapon.