We can dig it. 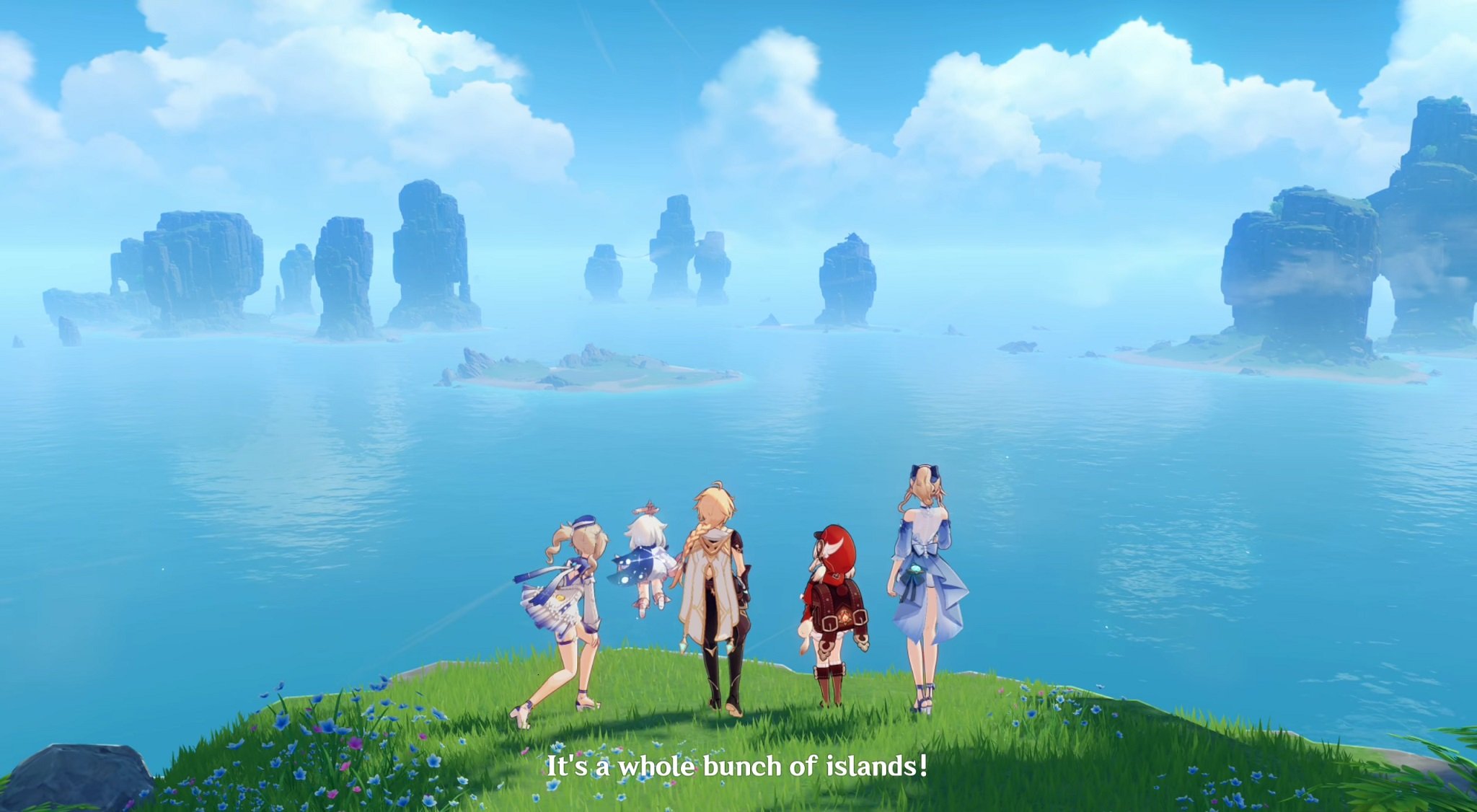 Learn where to find Starsilver in Genshin Impact and what you can use it for.

Genshin Impact Echoing Conch locations will be revealed slowly throughout the 1.6 update summer event Echoing Tales. There are 32 to collect, and as the water level recedes around the Golden Apple Archipelago, more of the Echoing Conches will be exposed to your grabby hands.

As it stands, there are only a few you're able to collect at the start of the event, sat on top of what will end up being towering mountains in the island chain. But as we progress through the acts of the Mysterious Islands questline with Klee, we'll be able to pick up more Echoing Conch locations along the way. So, here are the Echoing Conches you can find during each act, and the tales they contain inside them so you can quickly find which one you're missing once the whole lot are available later in the event.

Now that the entire map has been revealed, all 32 Echoing Conch locations are available for you to find and collect. Just head near the locations below in the Golden Apple Archipelago and any you are missing will show up on your mini-map in the top left of your screen.

When the water level has dropped and more of the islands have been revealed the first time, you can only find up to 28 Echoing Conches around the Golden Apple Archipelago in Act 2.

Head to the locations above (provided by this incredible interactive Genshin Impact map resource) and you'll see the Conch symbol appear on your minimap, just hunt it down from there and you'll have Barbara's new summery outfit unlocked in no time!

For reference, here's the initial starting map and the five Echoing Conches you can collect before changing the water level. You'll find two at the starting island, Pudding Isle, another two at the next landmass, Twinning Isle, and then a final one right at the top of the tallest island around Broken Isle, the final teleport waypoint you unlock on Day 1.

The five Echoing Conch locations you can find during the first act are:

Echoing Tales VII part 6: Right at the start of the area, when you first load in, turn around and check behind the broken house atop Pudding Isle by the teleport waypoint.

Echoing Tales IV part 1: From the taller island you start on in Pudding Isle, jump across to the lower island on your way to get in your new boat. It's right there, waiting for you.

Echoing Tales I part 3: The first island you sail to through the fog is part of Twinning Isle. On the shorter of the 2, there is a broken house with a bunch of Hilichurls guarding a treasure outside it on top of the Southern cliffs. That's where you'll find this Echoing Conch.

Echoing Tales I part 4: On the taller of the Twinning Isles, the next big landmass you sail to in the fog, if you climb to the top of the tallest point, where the next teleport waypoint is, you can find the Echoing Conch by jumping off the eastern cliff and landing on the ledge with a tree on it below you.

Echoing Tales VII part 7: The last teleport waypoint you need to unlock to dispel the fog is on Broken Isle. Right at the very top of its tallest island to the north of the grouping, there is a chest puzzle at the summit. The northernmost torch you need to light to unlock the chest is on a ledge just below the summit, and so is this Echoing Conch.

That's all the Genshin Impact Echoing Conch locations you can find in the first act of this summer event. We'll continue to update this guide with more conch locations when they're available after the water level goes down, at which point you'll also be able to find Sea Ganoderma locations too and start farming up for when you pull Kazuha!