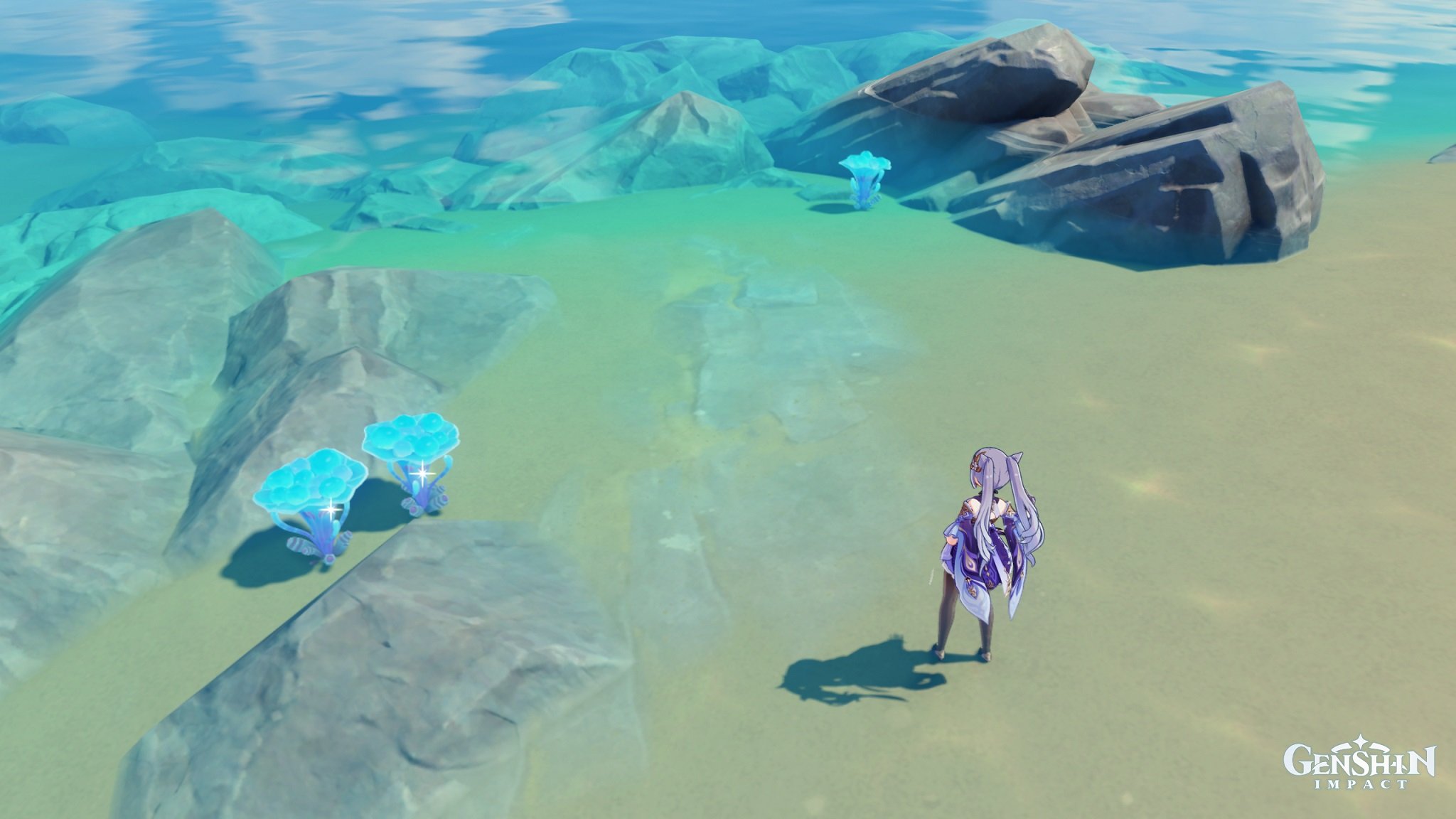 Genshin Impact's companion sets in the Serenitea Pot allow you to lay out gift sets for your faves, here's what they all like and what rewards they'll give you.

Update July 21, 2021 - Following the 2.0 update, you'll want to check out our Inazuma Sea Ganoderma locations guide for the new spots to search.

In Genshin Impact, Sea Ganoderma are one of the newest additions in update 1.6, as a regional specialty of the islands on the way over to Inazuma.

Sea Ganoderma are a new plant resource, and they must be collected as an ascension material for the upcoming 5-star Anemo swordster, Kazuha.

Above is a map of Sea Ganoderma locations in Genshin Impact's 1.6 update, in the new event area the Golden Apple Archipelago courtesy of this incredible interactive map resource. Once the event is over in July, Sea Ganoderma will be the local specialty of the new region Inazuma, and you won't be able to harvest them from these islands anymore.

If you're looking for the best place to farm Sea Ganoderma in the Golden Apple Archipelago, head up to the north-east island group, the Twinning Isles, as they have the greatest concentration of Sea Ganoderma in one place around their comparatively small coastlines.

If you're looking for where to find Sea Ganoderma locations in Genshin Impact, the answer will change once we actually arrive in Inazuma in the next update cycle, because the summer event islands will cease to exist.

But for now, in Genshin Impact update 1.6, you can find Sea Ganoderma locations to farm around the coasts of the event islands. Sea Ganoderma spawn just beneath the water on beaches, as you can see above in the trailer for the Midsummer event – next to the lovely Jean and her fetching beachwear outfit. The problem is that when you first arrive in the region, the water level around the Golden Apple Archipelago is still too high to see any sandy beaches. It's all clifftops and rocky landings.

After your first day on the islands, once the event progresses to its next acts, you can lower the water level and you'll be able to go to the beaches seen above in the 1.6 trailer. Head to the islands to help Klee find the Dodo-King, and once you've cleared the fog and rested for a day, you'll find Sea Ganoderma dotted around the coastline. If you're farming up in anticipation of pulling for Kazuha later this month, your best bet is to circle each island once they unlock and then come back to each one a couple of days later after resources refresh.

We hope this helps you find Sea Ganoderma locations in Genshin Impact update 1.6, and best of luck in pulling Kazuha in his event banner! If you want more from this update, here's how to get new outfits for Genshin Impact characters.