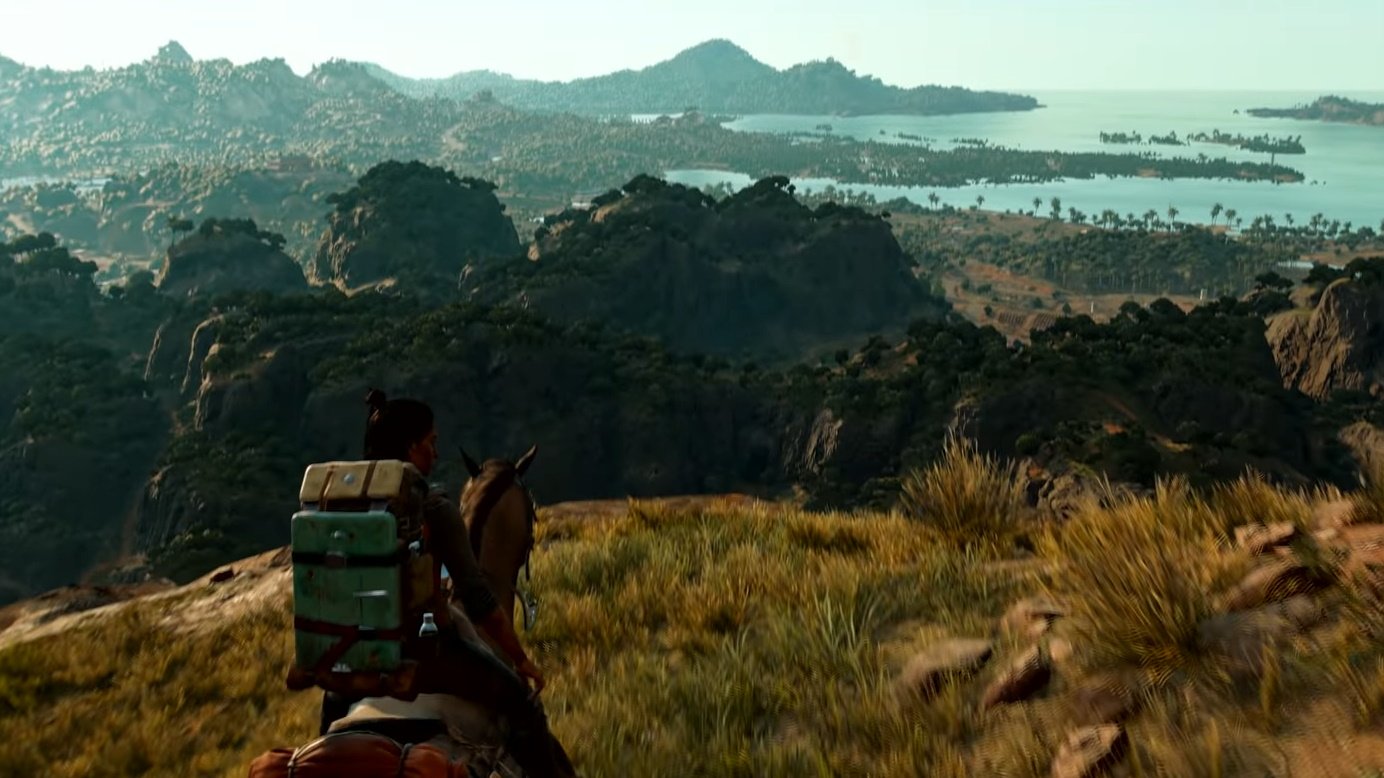 We know you were wondering, and yes, you can pet a crocodile. Far Cry 6 makes the Caribbean island of Yara its home, tasking you with helping a revolutionary force take on a dictatorship led by Giancarlo Esposito’s mastermind villain. Below, we’ve rounded up all the details we know so far about Far Cry 6, with a focus on new features for the series. Don’t forget to pack sunglasses alongside those shotguns and sniper rifles!

The Far Cry 6 release date is October 7 on PS4, PS5, Xbox One, Xbox Series X/S, PC, and Stadia. The PC version of Far Cry 6 will be released exclusively on the Epic Games Store and Ubisoft Store. Bad news for those hoping to grab the game on Steam, we’re afraid!

Yes, Far Cry 6 will support co-op play. That said, we don’t yet know how Far Cry 6 co-op will work. It could be for the whole game, or just a few extra missions.

Far Cry 5 allowed you to invite or join a friend after completing the tutorial and opening missions of the story. That means there’s a good chance Far Cry 6 will let you partner up for the story too, though we’ll need to wait for Ubisoft to say more for official confirmation.

Ubisoft knew that fans were keen for a return to a tropical setting, and for Far Cry 6 the team flew to Cuba to draw inspiration for the island of Yara. Speaking in an interview, narrative director Navid Khavari said: “we want to tell a story about an island that is almost frozen in time, like a living postcard from the ‘60s that players can experience and walk through.” As such, Yara is packed with the vintage cars and “resolver” attitude of the real-world nation (though not the direct politics, Ubisoft notes).

Along with jungles and sunny shores, Yara is also home to the largest urban environment in the series yet: Esperanza. The capital city of Yara, it’s a sprawling labyrinth of rooftops and back alleys to explore. The island’s dictator Antón Castillo – played by Giancarlo Esposito – has made it his main seat of power, and players can expect to face some of the toughest resistance in this area.

Beautiful it may be, but Yara has seen better days. After swaying the hearts of many civilians to his cause, Castillo secured a lengthy rule before establishing a military dictatorship. Declaring anyone who didn’t support him as a fake Yaran, he cracked down ruthlessly, killing protestors, journalists, artists, and all those who dared speak out against him. Castillo is attempting to instill his world view in his own son, Diego, who will apparently play a big role in the game’s story.

Not everyone is done resisting Castillo’s rule, however. The revolutionary force of Libertad is looking to reclaim the land from his control. Conveniently, that’s where you come in. Working with the guerilla forces, you’ll overthrow enemy outposts – called FND Bases in Far Cry 6 – and attempt to wrest control from Castillo.

Far Cry 6 will let you choose between playing as a male or female version of lead star Dani Rojas (played by Sean Rey or Nisa Gunduz, respectively). They’re intimately connected with the revolutionary movement, having been friends with the group’s leader, Clara Garcia, at the time of Castillo’s major crackdown. There could be further connections with the game's lead villain but so far Ubisoft has kept things under wraps.

While maintaining many of the staple features series fans have come to love such as deadly wildlife and a wealth of vehicles, Far Cry 6 is also adding several major new mechanics. Here’s what we know about each of them.

Far from the most exciting note, but a valuable one that’ll please longtime Far Cry fans. You can now holster your weapons to hide them from view. Much more than a visual touch, this will stop Castillo’s men from engaging you on sight, allowing you to blend in when exploring certain hostile environments.

There won’t be a shortage of gun-toting rebels assisting you in your cause, but Far Cry 6’s official companions for hire – known as Amigos – now come exclusively in animalian form. Adorably tiny dog Chorizo is by far the most famous, capable of distracting enemies with his cuteness to allow you to sneak by or take them down.

If a more direct approach is your style, meet Guapo. Clad in a colorful jacket and featuring a large, golden tooth, hungry crocodile Guapo will be more than happy to clamp his jaws onto your enemies. He’s not all bite though; you can pet both him and Chorizo any time you please.

While we’re on the topic of animals, Far Cry 6 will let you mount horses along with more traditional, mechanical rides. You can use guns while mounted, though you’re only going to end up in tears if your equine companion ends up taking too many bullets in the midst of a firefight. Treat those horses well, Dani!

As if FPS protagonists weren’t lugging enough equipment around already, Far Cry 6 introduces the super-powered Supremos. These hefty backpacks allow Dani to unleash unique abilities which depend on which one they're wearing. So far we’ve seen a jetpack that unleashes a gout of flame on anyone surrounding you, and a mortar that fires a volley of explosives in a line ahead. Expect these to come with a hefty recharge time or resource cost per use.

That “resolver” attitude we mentioned earlier means getting things done with anything and everything you have at your disposal. In Far Cry 6 you’ll be able to collect scraps and parts while exploring Yara, then take them to your mentor Juan Cortez to craft powerful, weird, and wonderful weaponry. In recent footage we’ve been shown miniguns powered by motorbike engines and even a deadly CD-thrower which constantly blasts out the macarena. Yes, really.

That philosophy extends to vehicles too, and Far Cry 6 will feature a huge range of “Guerilla Rides” to unlock and customize. Why not deck out that classic ‘60s car with a mounted machine gun? Perhaps sticking a bulldozer blade on the bumper is more your style. Naturally, there’s plenty of room for cosmetic adjustments too.

And finally, here's the first look at Far Cry 6 gameplay from Ubisoft.

That’s everything we know so far about Far Cry 6 and what’s new in Ubisoft’s latest title in the series. Know any details we’ve missed? Share them in the comments down below. Far Cry 6 releases October 7 on Xbox One, Xbox Series X/S, PS4, PS5, PC, and Stadia.