Mark down the 2021 Steam Summer Sale dates so you can prepare for huge discounts on the games you've been holding off buying. 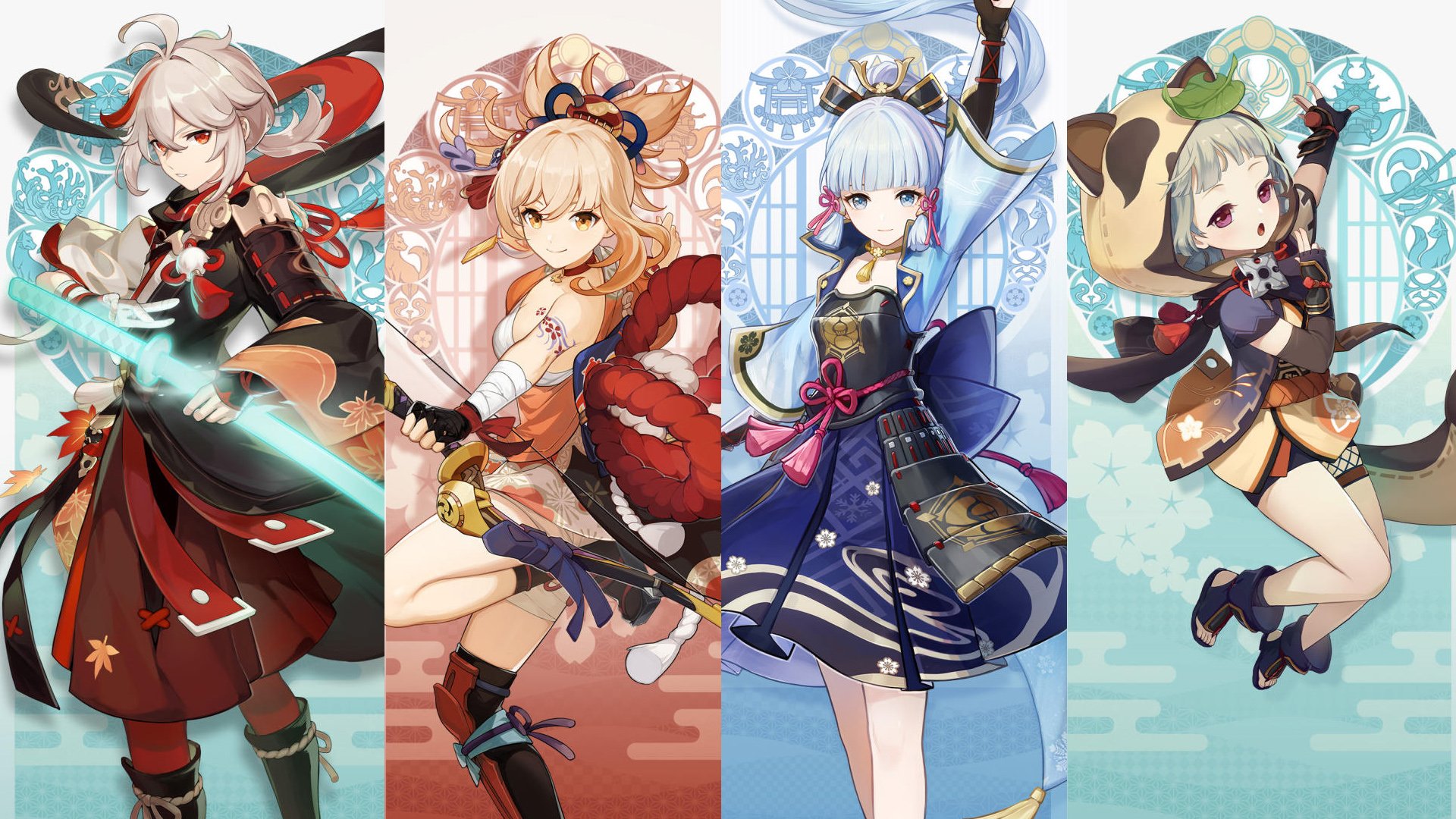 Try out Sable, Inscryption, Cris Tales, and more during Steam Next Fest this month.

Genshin Impact's new characters have been revealed, with official character art and details of their backstories shortly before the release of the 1.6 update.

The new 5-star characters after Genshin Impact's 1.6 update will be from the imminently arriving Inazuma region, including the eldest daughter of the Kamisato Clan, Ayaka, and wandering ronin Kaedehara Kazuha. Genshin Impact's 1.6 update will take players to an archipelago on the way across the sea to Inazuma, with an event banner featuring a re-run of Pyro bomb-lover Klee, so these characters will likely only make their introductions during June. The Inazuma update will likely be the one after 1.6, which may mean some of these characters arrive in 1.7 rather than this upcoming update, as players continue to search for a way into the hostile, Japanese-themed territory.

New 4-star Genshin Impact characters include a small ninja dressed in a tanuki kigarumi called Sayu, an Anemo user with no confirmed weapon set yet, and Inazuma's greatest pyrotechnician and fireworks expert, Yoimiya – a Pyro bow user to finally replace Amber in your puzzle-solving line-up. Not much is known about these two as they have not been seen before in closed beta tests.

Ayaka is a Cryo sword user, who in the beta test of the game had a unique sprint ability which made her incorporeal during the sprint and inflicted cold on opponents at the endpoint when she re-emerged, similar to Hu Tao and Mona's sprints.

Ayaka's Elemental Skill in the beta would enshroud her in ice which would then eventually cause an explosion around her, launching opponents and inflicting cold on them. Ayaka's Elemental Burst sent a Bladestorm of icy swords advancing in front of her, dealing cryo damage to enemies in the path of the bladestorm before it exploded at the terminus, dealing larger damage.

Kazuha is an Anemo sword user, who will arrive in an event banner at the tail end of the 1.6 update. Kazuha's Elemental Skill, Chihayaburu, functions like a mix of Jean and Venti's, first drawing enemies into a vortex of wind, dealing Anemo damage, and then launching them in an AoE, as well as lifting Kazuha into the air.

From there he can initiate a more powerful plunge attack, Midare Ranzan, which deals Anemo damage and also creates a wind tunnel that pulls opponents in. His 4th Ascension passive also adds additional damage of any elemental type that he swirls with his Elemental Skill, so if you whip up a firestorm and then do a plunging attack when you're left in mid-air, you'll deal extra pyro damage.

Kazuha's Elemental Burst, Kazuha Slash, deals large AoE Anemo damage in a single slash, and in its wake creates a field called Autumn Whirlwind, which deals Anemo damage in an AoE at set intervals. The field can absorb and swirl other elemental reactions.

Which new Genshin Impact 5-star and 4-star characters will you be saving up your primogems to pull after the 1.6 update and imminent trip to Inazuma?