How to change text color in Valorant

Learn how to change text chat color in Valorant to red, green, yellow, pink, and blue, as well as add symbols to your messages. 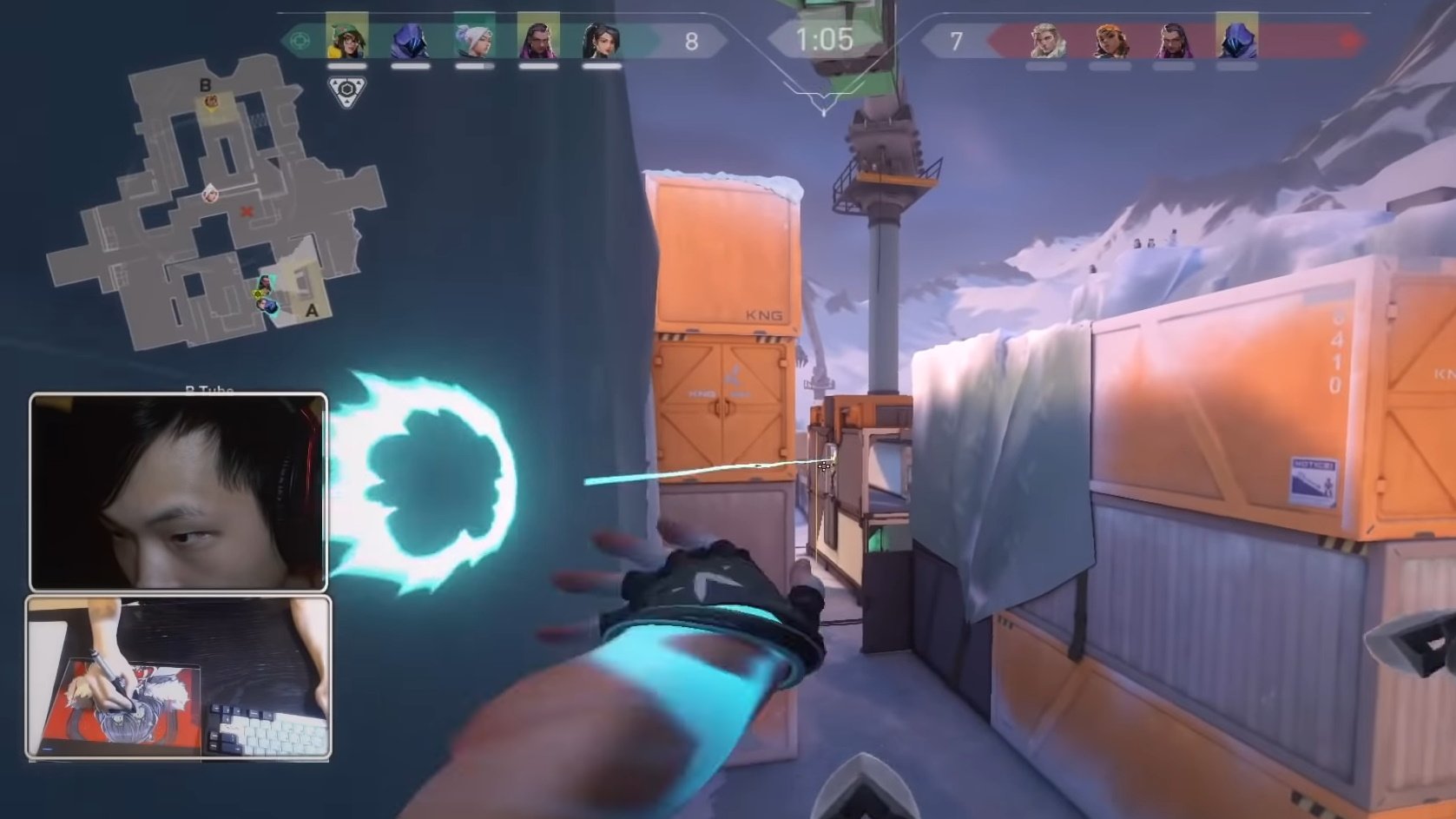 This Valorant player uses a pen, is better than you

Mark down the 2021 Steam Summer Sale dates so you can prepare for huge discounts on the games you've been holding off buying.

Ready to feel inadequate for the day? While most of us are struggling to haul ourselves from the muddy swamps of Valorant’s Iron to Gold ranks, some people are playing the game on an entirely different level.

YouTuber and former Fortnite pro Kariyu decided that Riot’s competitive shooter just wasn’t tough enough. After sitting around Platinum and Immortal rank for some time using the traditional mouse method, Kariyu apparently got so tired of success that he decided to see just how well a digital pen and tablet combo could perform. As it turns out, pretty damned well.

Tablets are typically used for art on PCs, though they have found a niche space in gaming thanks to a natural fit with popular, free-to-play music-rhythm game osu! -- a game Kariyu is no stranger to himself. In first person shooters, however? They’re not exactly the premium choice for landing cross-map headshots and snipes. That hasn’t stopped Kariyu from testing his personal osu skills in the shooter arena and putting the regular mouse-equipped among us to shame. Check out his efforts in both Valorant and Fortnite below.

After just a few months of Aimlab practice and competitive grinding, Kariyu managed to crack the coveted Diamond ranking in Valorant with the unconventional keyboard and touchpad combo. We can only imagine it won’t be long until a gaming brand releases a competitive pen and touchpad to step up your FPS level.

Kariyu isn’t the only player to scale Valorant’s ranks with an unusual tool at hand. Minecraft star Dasnerth famously takes Valorant’s mouse and keyboard elite to task using a console controller, Cypher, and the infamous Judge shotgun. Kariyu might not have reached the same Radiant heights as Dasnerth, but given he’s thrown conventional competitive tools out entirely, we’re still here to recognize the achievement. Especially given we’re still floundering in Gold, let alone thinking of reaching Diamond. Next up, who’s challenging themselves to reach Diamond using the famous Overwatch banana controller?