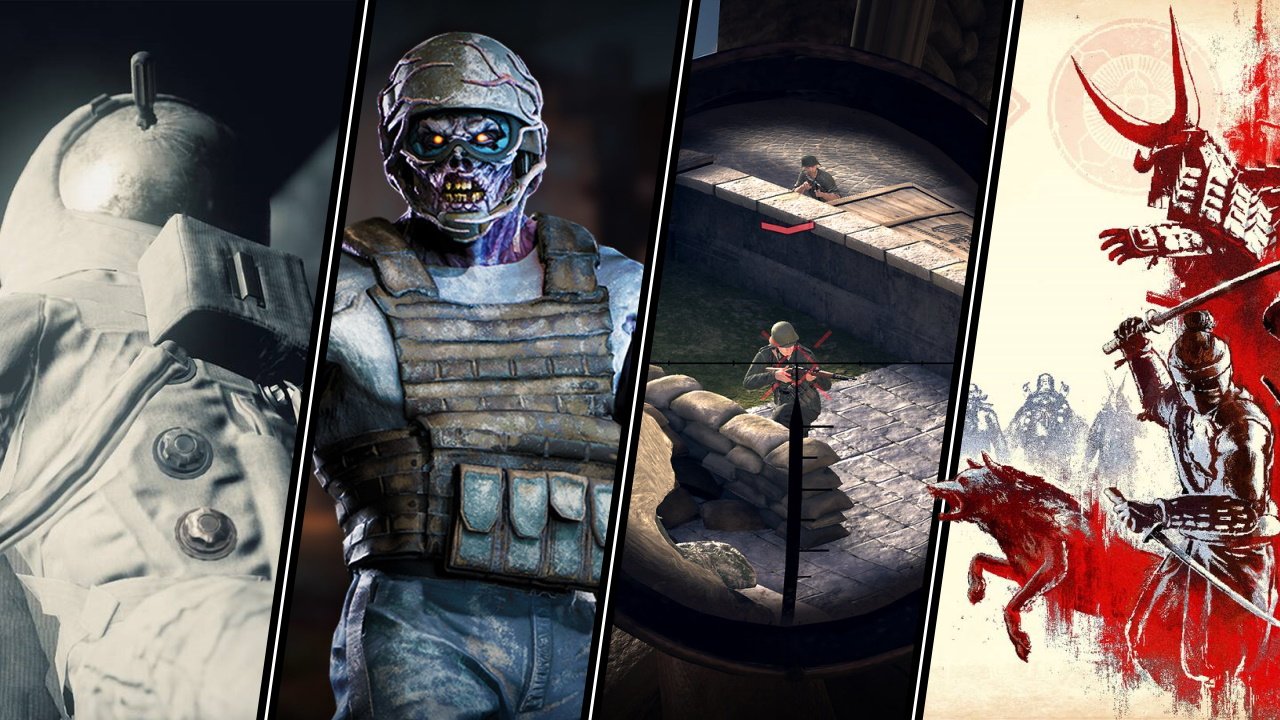 Sony has cracked open the high-tech lid on a casket of new VR game details as part of the latest PlayStation VR Spotlight. Information on seven different VR titles was dropped throughout the day for the headset-obsessed among us in the gaming world to eagerly gobble up. With Sniper Elite VR, Arashi: Castles of Sin, and plenty more, this year is looking very exciting for VR gamers. We’ve rounded up all the PSVR Spotlight announcements below so that you can polish up those goggles in preparation for some extended virtual gaming sessions.

Developer Rebellion has been working in collaboration with Just Add Water and Coatsink to deliver the full Sniper Elite experience in VR form. Sniper Elite VR sets you as an Italian Partisan fighting against fascist forces within your homeland. Thanks to a fleeting new trailer, we know that the game will arrive on July 8. And yes, it appears that even the VR version will include the trademark slow-motion bullet cam. We look forward to vomiting as our view flies forward to show a soldier being shot in the gonads.

After the Fall shows off co-op combat and monstrous enemies

The next title from the Arizona Sunshine developers, After the Fall is a co-op VR shooter featuring a lot of snow and a lot more zombies to shoot. The PSVR Spotlight introduced us to the Snowbreed, After the Fall’s infected zombie hordes.

Much like co-op shooters such as Left 4 Dead, After the Fall will feature special Snowbreed types to tangle with: The swollen Eater explodes if killed imprecisely, meaning keeping distance is key; The Juggernaut is a musclebound soldier capable of deliver an instant kill punch if it gets close enough to grab you; and the Smasher lives up to its name by waving a club-sized fist around to wreck everything in its path.

After the Fall will support full cross-platform play between PSVR, PC VR, and Oculus. That’ll be a huge relief for experienced VR gamers, as wrangling three friends with the same headset can prove to be a seriously challenging demand.

Wanderer tasks you with travelling through time to fix the future

Developed by New Zealand indie studios M Theory and Oddboy, Wanderer is a narrative-driven puzzle game which sees you hop between the bodies of famous adventurers, inventors, and more from history. Along with a general aim of saving the world – simple stuff, we’re sure – Wanderer promises to let players enjoy a range of minigames like racing RC cars around the moon. That should help space out the challenging puzzles a bit, though you’d do well to keep an eye out for fellow time travellers who aren’t too keen on you making changes. Wanderer is due to release this summer.

Fracked is looking to start a new genre of skii-shooters

After cornering the stealth-kayak subgenre of FPS games in Phantom: Covert Ops, developer nDreams is moving on to a novel new take on VR gunplay. Fracked sees you tackling interdimensional baddies in factories spread across Alaskan mountaintops.

“With a lot of video game experiences (even in VR), you’re stuck on a flat plane of existence,” says nDreams creative director Steve Watt in a PlayStation blog post. “They’re often stationary with little lateral movement in the 3D space. With Fracked, we wanted to offer something more, a game that shows off the verticality of the virtual environment.”

A big part of that verticality comes through zip lines, ladders, and – most exciting of all – skis. Yes, you can gun down goons while sliding down a snowy slope in Fracked. Just try not to lose your balance. A PSVR exclusive, it’s due to release this summer.

The world has decayed into a barren, lifeless landscape. As the last of the gardeners, it’s about time you tended to your domain. Winds & Leaves sees you planting trees to terraform the land around you. You can only explore so far beyond the edges of your grove before the roots will pull you back to safety, meaning you need to engage in rituals to bring flora flourishing back into life if you want to reach the distant Outposts.

Each forest acts as a safe realm and spawn point for you as a gardener, but different fruits will be required to spread life into the various soils and terrains in the world. If you can reach and reforest structures crafted by ancient gardeners, you’ll unlock new powers to let you spread life even further. Winds & Leaves is due to release July 27 on PSVR.

Already available on Oculus Quest, Puzzle Bobble 3D: Vacation Odyssey brings the color-matching classic from Taito to PSVR on PlayStation 4 and PlayStation 5 this year. Players use a bubble cannon to launch orbs into a growing blob, popping matching colors when lined up to earn high scores in 100 different 3D puzzles.

Described as a stealth-action sandbox game, Arashi: Castles of Sin asks you to free castles in feudal japan from the control of a bandit group known as the Six Oni of Iga. Stealthy bow shots, traps, and executions will swing control in your favor, but you’ve also got a wolf companion named Haru to help out in a pinch. Arashi: Castles of Sin is also due to release on PSVR in summer.

And those were all the PSVR Spotlight announcements! It looks like there’s plenty to come this summer for the PSVR owners out there, meaning there’s plenty still to enjoy before Sony’s new PlayStation VR system arrives for the PS5 sometime in 2022.