Knockout City's Fake Throws are a vital skill if you want to outclass skilled opposition. 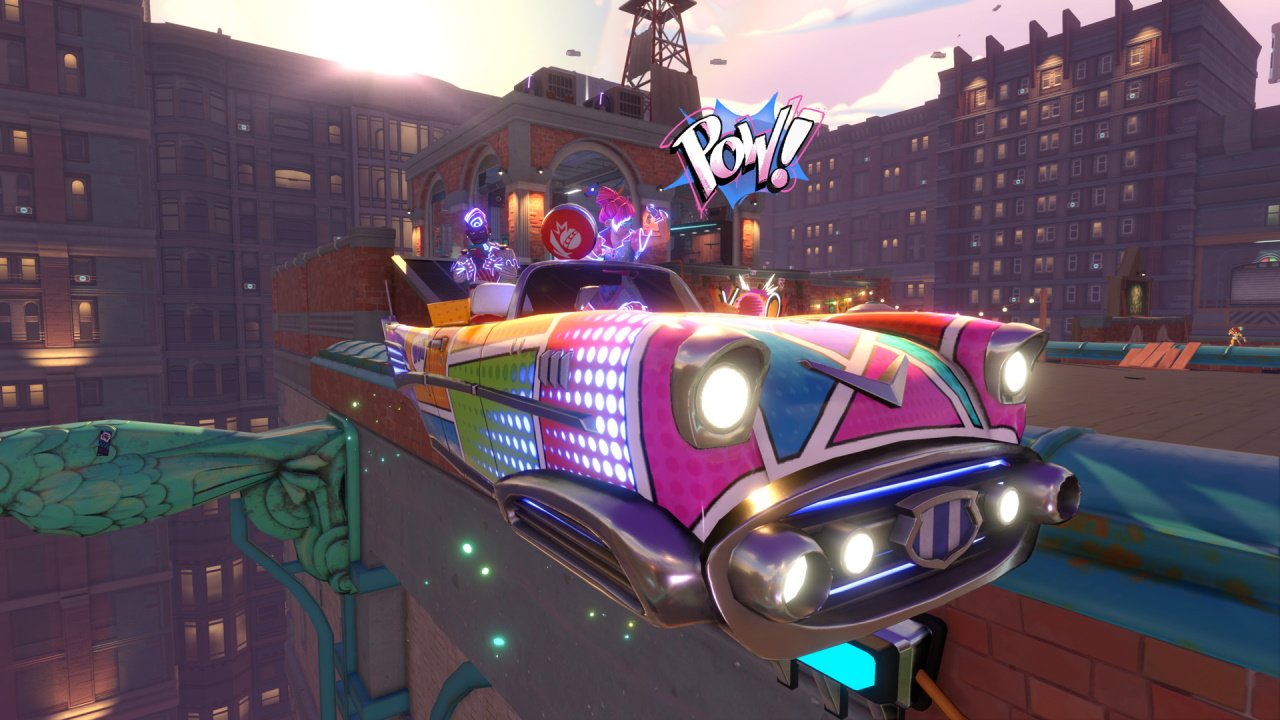 Find out how to invite and join friends in Knockout City on the same platform or through crossplay.

Trying to convince your friends to play ball? Depending on your platforms of choice, you’ll need to know the Crossplay support details for Knockout City. Fortunately, they’re extremely generous, but we’ll explain all the Knockout City crossplay details below so that you know which platforms you can play with and where.

Is Knockout City crossplay? Yes, and very well handled, too. Knockout City supports crossplay and cross-progression between consoles and PC, meaning you can jump into the game on whatever platform you like to continue with the same account and crew. Developer Venlan Studios confirmed the good news on Twitter through the Knockout City account.

With cross-play and cross-progression on PC, PS4, Xbox One, Switch, and PS5 and Xbox X|S (w/ backwards compatibility), you can brawl with friends anywhere, at any time.
2/3

Knockout City crossplay is enabled by default, meaning the game will naturally match you with players on all other platforms. To invite friends from other platforms, however, you’ll need to have them send over their Knockout City ID so that you can send a crossplay invite. You can find your Knockout City ID by clicking the Social button from the main menu and looking in the top left of the screen. How many you can invite depends on the game mode, but you can also form a Crew across platforms too.

It’s worth mentioning that Knockout City has a free trial available to anyone keen to give its intense multiplayer dodgeball a go. It grants access to the full game up to a Street Level of 25. You can download the free trial on all platforms (PS4, Xbox One, Switch, and PC) and still dive into multiplayer after you wrap up the tutorial. Combine that trial with the generous Knockout City crossplay support and your mates really do have no excuse for avoiding playing with you.

That’s all we can teach you about crossplay support in Knockout City. It’s very appealing news for those wanting to get stuck in with their pals. Given more than two million players have already done so, it also seems to be working out well for the game. While you’re learning about the game, check out our guide on how to fake throw, or head over to the hub page for the game for more.