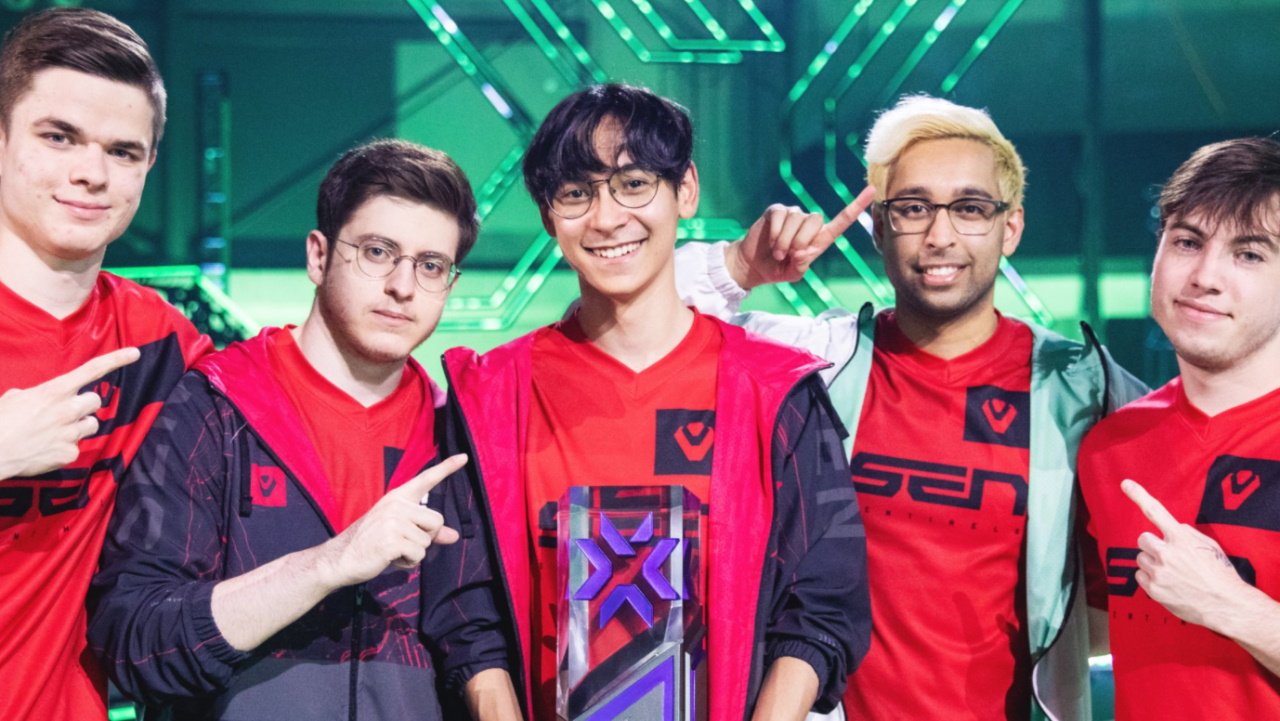 This infant esport is already graduating from college. Valorant’s first international LAN event has just wrapped up, and what a showcase for the game it proved to be. Bringing together seven different regions and a huge host of personalities, Valorant Masters Reykjavík gave us pretty much everything you could ask for from an esports event barring a stadium packed with fans. In case you missed it or just want to relive the hype, here are a few of our favorite highlights and moments from Valorant Stage 2 Masters Reykjavík.

Over a full week of competition, we whittled down ten teams until just one stood victorious. Sentinels claimed the crown, but credit is due to everyone involved for the highlights they delivered both in-game and within the Reykjavík arena. We had turret kills and tongue twirls, but here are our highlights from Valorant Masters Reykjavík.

Where to start things off other than a highlight of Valorant’s famously precise gunplay? Poor Vikings never stood a chance when funneling in on an economy round against Elias “Jamppi” Olkkonen’s shotgun. It was over in the blink of an eye.

We’re not done fawning over the Judge yet, as here’s Team Liquid’s Travis “L1NK” Mendoza pulling off a seriously impressive clutch with it to secure the round against rival EU side, Fnatic.

Double kills in a single Operator shot are rare, but V1’s Erik “Penny” Penny may have hit the luckiest (or unluckiest if you ask Fnatic) collateral shot ever as he clipped Sage’s hand through her teammate while raising an ice wall. You might need to watch this one through several times to understand what happened. Outrageous stuff.

Shot of the tournament

Lucky collaterals are all well and good, but the outright best shot of the tournament has to go to Nuturn’s Jung “peri” Bum-gi who stopped mid-plant to delete Tenz from the map after hearing his updraft. Beautiful.

In real life concussion is a serious problem. In Valorant? Usually, yes. But not for Sentinels in-game leader Shahzeb ‘ShahZam’ Khan, who calmly picks off two to clutch after taking a hit from Skye's dog.

Lakia clutches through the molly

ShahZaM wasn’t the only Sova making big plays to save the day. Nuturn’s Kim “Lakia” Jong-min gave his side the edge over V1 by dramatically jumping through a Killyjoy nanoswarm grenade to surprise his opponents.

As well as in-game leading and clutching, ShahZaM is also upsettingly good with his Jett knives. Here he takes out three of Fnatic's members to make a lost round incredibly expensive for Fnatic.

Warning: As a heads up, the clip below contains explicit language.

For the ultimate display of ability synergy and aim skills, check out this brilliant retake from Team Liquid, performed with Sheriffs only against a well-stocked KRU side. One day our online games will look like that, one day.

You know you’ve messed up with even the casters don’t have words for what just happened. After sneaking behind V1, Team Liquid’s Dom “Soulcas” Sulcas unfortunately ended up delivering the most embarrassing flub of the event. To make matters worse, V1’s Anthony “vanity” Malaspina even waved across the arena to him. Oh no indeed.

And for some next-level ability usage, here’s Nuturn using Breach’s ultimate in perfect timing with Raze’s satchels to give her an extra boost into Split’s A-site elbow. They’re playing an entirely different game to the rest of us.

Sentinels came out as victors and carried North America to glory, but it was Fnatic who stole the hearts of many spectators. Led by the suitably boisterous Jake “Boaster” Howlett, the entire team looked like they were having a blast at the event, from start to finish. Along with playing up for the camera during pauses, each match opened with an entertaining entrance…

...And was followed by a ridiculous team celebration. Be sure to also check out their mock plane journey after knocking out V1.

We were treated to two Fnatic celebrations today and this one is a Sage res...

AND BOASTER WAS SUPPOSED TO BE A NAN BUT THEY CUTAWAY, WHO GETS RESED

EMEA, you know exactly what that reference is ;)#VALORANTMasters pic.twitter.com/ZYFZdrtIhg

It wasn’t just Fnatic either. Here’s Nuturn disassembling poor V1 after knocking them out of the upper bracket.

Reykjavík was one of the first LAN esports events of the year, and the drive to not just perform but make the most of the event was clear from all attendees. As a result, we had a huge display of passion from every side. Just take a look at V1’s Loic ‘effys’ Sauvageau voicing his enjoyment against NU. That guy has some serious lungs on him.

Sentinels’s Shahzeb “ShahZaM” Khan was ready to pump himself and his team up too as they brought the first game of the grand finals into overtime.

In a knockout tournament, someone has to fall for others to rise. But despite underperforming by their own strict standards, Japan’s Crazy Raccoon made it impossible not to feel for them as Yusuke “neth” Matsuda stepped up for a tearful post-match interview. Crazy Raccoon will head back to prepare for the Stage 3 Masters in Berlin, and we wish them all the best for the event.

And of course, we couldn't end anywhere other than the moment Sentinels claimed victory in the Grand Finals, overcoming a tense match with Fnatic to take the clean sweep and claim the trophy.

The moment when dreams became reality for @Sentinels. pic.twitter.com/PbCD8wkG1T

Those were our picks for highlights, but what were yours? Let us know your favorite moments from the Valorant Stage 2 Masters Reykjavík in the comments below.