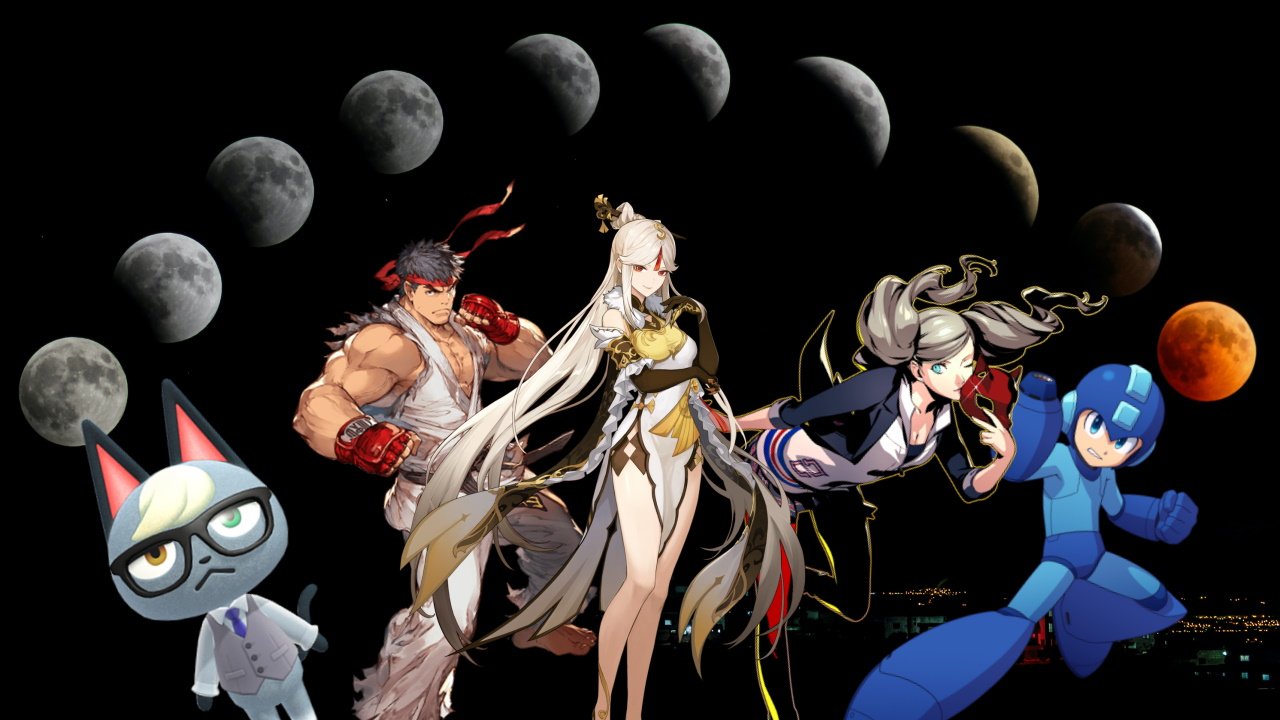 The stars above or those on our screens – which are most valuable to you? Don’t worry, we can save you from having to choose by delivering both in one package. While many video game characters are immortal beings who shun the concept of zodiacs and even birthdays, there are plenty out that do line up with our own calendar. Come scan the skies with us as we break down your video game character horoscope to see which virtual stars share your sign.

As ever, it’s worth remembering that astrological signs, and their related behaviours or emotions, don’t have any real-world connection. If you don’t associate yourself with any of the (typically quite broad) characteristics detailed for a particular sign, it doesn’t mean anything. Still, it’s undeniably fun to discuss, so with that dull-yet-necessary caveat out of the way, let’s find out which famous characters you line up with in your video game character horoscope!

Symbolizing action, independence, and a will to get things done, Aries is our first sign of the zodiac. If you were born under this sign, you share your horoscopes with the adventuring spirit of Horizon Zero Dawn’s Aloy, and Mass Effect’s Commander Shepard. Good company to be in, really.

The bulls of the astrological calendar are dependable rocks you can rely on when in need. The sorts of people who have a plan for their lives and know how to achieve it without being shaken. Fire Emblem: Awakening’s Lucina is a fine face to share stars with, having had the resolve to travel back in time and rescue the world. Tauruses also share their sign with Final Fantasy 7’s Tifa, who takes care of the Avalanche team, and Genshin Impact’s Diluc, the protector of Mondstadt. As the owner of the Dawn Winery, he can also be relied upon to keep your reserves well stocked!

Ruled by the planet Mercury, Gemini is the master sign of communication, conversation and learning, usually with a touch of humor in there too. With a carefree attitude and love for songs or stories, Genshin Impact’s Venti should come as no surprise on this list. Similarly, reporter Ulala is a master communicator, though primarily through the medium of dance. Getting your point across can take different forms, however. Ninja Gaiden’s Ryu Hayabusa is certainly proficient at taking his point and stabbing it repeatedly into anyone who gets in his way. Each to their own, we suppose.

Cancer is the sign of family, loyalty, and emotional intelligence. Those under the Cancer sign are also known to hold grudges, something Fire Emblem: Three Houses’ Edelgard takes to an entirely new and world-rewriting level. We’re not sure Crash Bandicoot has any kind of intelligence, let alone emotional, but he certainly has strong familial ties to his sister Coco. His birthday is also a bit up in the air, given it’s a date villain Neo Cortex assigned him after extended experimentation.

Leo’s are the natural leaders of the astrological scene, filled with warmth and charm, they’re easy to like and confident they can meet their own lofty standards. Amber takes that warmth in a quite literal direction, while Fire Emblem: Three Houses’ Claude is the literal embodiment of charisma. Not all leaders need to be boisterous, however, as FF7’s Cloud shows with his place here.

Perfection comes first for the Virgoos of our virtual worlds, as they live under the sign of invention and problem-solving. Ankha from Animal Crossing knows exactly the elegance a classy Virgo deserves, living inside a golden palace with a shining pyramid. The rest of us need to step up to her level, really, but Karin, Noctis, and Ningguang’s wealthy, high-class ideals come close.

Libras would have you believe they’re all about justice and fairness, but we ask you: where’s the justice that one sign of the zodiac gets to have both Marshal and Raymond from Animal Crossing. An outrage, we tell you. Fortunately, Genshin’s Xingqiu is a much better representative, with his in-game description literally describing him as yearning for “justice and fairness for all.”

Scorpions are terrifying in real life, but this zodiac sign represents transformation, stubborn determination, and sexuality, making it the sauciest around. We’d argue that there’s no sexier nor more beligerant a saucer than one filled with bullets and strapped to the top of a mounted turret like Rainbow Six Siege’s Tachanka happens to carry around with him. Following up with Persona 5’s Ann Takamaki only makes sense, given she represents the Lovers arcana in-game.

Those born under the archer are known to be thoughtful, valuing study, wisdom, and worldliness above all else. You’ll certainly need to be a quick study to overcome many of Mega Man’s challenging bosses, and having been to the literal heavens (to shoot God, naturally) Bayonetta is one of the most well-travelled witches we know!

Persistence is key to the achievement-focused Capricorns, who are willing to train and plan carefully to achieve results. It’s only fitting that several fighters like Juri and Mai Shiranui share horoscopes with anyone born in this period! And if you’re looking for a pristine match, Rainbow Six Siege’s Ash will quite literally blow down any doors between her and the objective.

Represented by the water bearer, Aquarius is the most humanitarian astrological sign, meaning its bearers are those who aim to help others and support teamwork above all else. They’re also said to be highly independent, though a little uncompromising in their beliefs. Scanning the list below, it’s easy to see how Lara Croft’s world-saving efforts have scored her a place here, alongside Ken “the family man” Masters and Aerith Gainsborough with her healing magic. The electronic trolling of Rainbow Six Siege’s Dokkaebi is a slightly odder fit, but as a Rainbow Six Operator, she’s certainly used to saving the day.

Look into the knowing eyes of Pisces’ twin fish and you’ll find support, creativity, and compassion. Find yourself under this starsign and you’ll share it with the pastry chef dreams of Animal Crossing’s Merengue, who’s so creative that she’s even styled herself as a tasty dessert. Terry Bogard, too, is a caring soul, stopping to ask his opponents “are you OK?” shortly before he pummels them with a Buster Wolf. Such a polite boy.

Got any other characters you reckon should feature in our video game character horoscope? Share them (and their birthday) with us in the comments below.