The biggest GTA 6 rumors we'd actually like to come true

Futuristic settings or a return to Vice City? Take your pick. 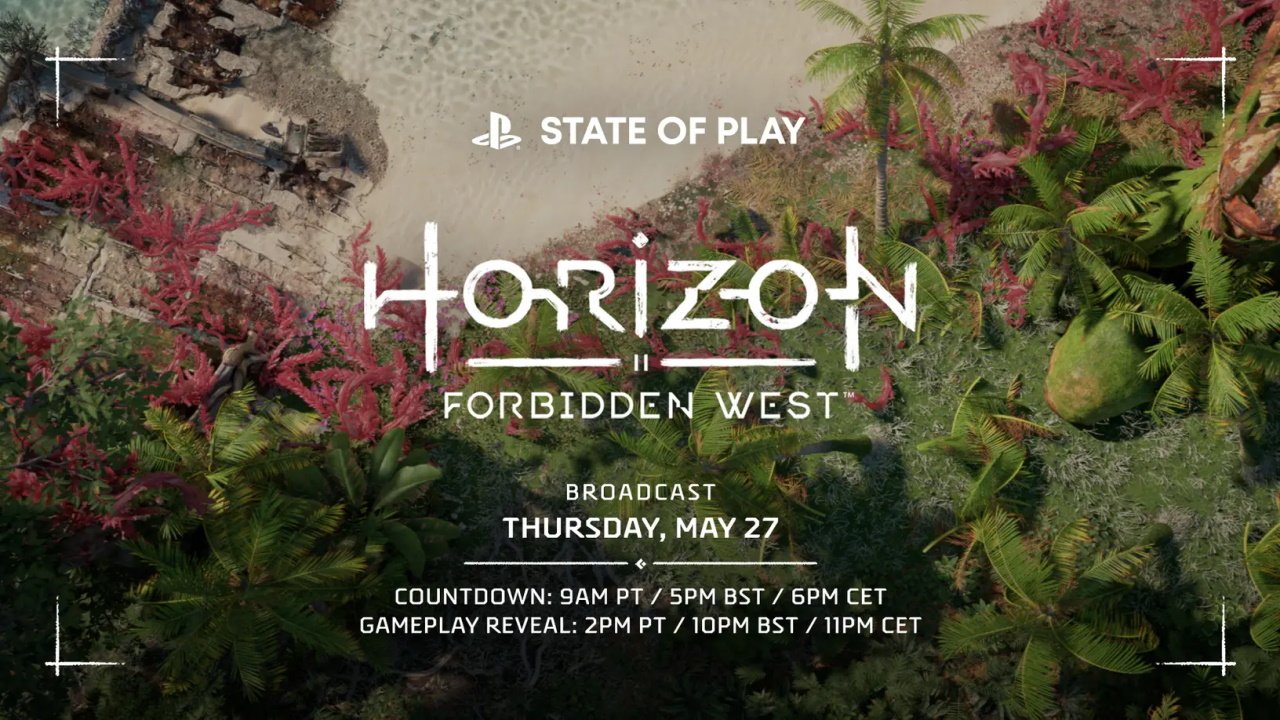 Horizon Forbidden West gets a State of Play this week

An excuse for a punch-up.

PlayStation’s next State of Play broadcast will take place this Thursday, and it’s all about Horizon Forbidden West.

Details on the sequel to Horizon Zero Dawn have been slim to none since its reveal in June last year, but it appears that Sony and Guerilla Games are finally ready to show us more. The State of Play livestream will take place at 2pm PT (5pm ET / 10pm BST / 11pm CEST) on Thursday, May 27.

A “uniquely crafted” countdown is due to take place from five hours ahead of the actual show. Check out both (though perhaps not all five hours of countdown) at the embedded video link below.

We don’t know what’ll be included beyond roughly 14 minutes of in-game footage, including the first gameplay reveal captured on the PS5 version of the game. The full show should last around 20 minutes, which means we can expect to get a look at something else in addition to Horizon Forbidden West, though we don’t know what just yet.

The original Horizon Zero Dawn saw outcast Aloy attempting to stop misdirected terraforming machines from reawakening and wiping the reviving human populations from the face of the earth once again. Doing so meant dealing with various tribes throughout the post-apocalyptic North American landscape, and shooting plenty of robotic dinosaurs and creatures to harvest their parts while she was at it.

Horizon Forbidden West is still scheduled to release this year on PS4 and PS5. Given how little of the game we’ve seen thus far, this week’s reveal could be a hefty detail drop for the highly anticipated next step in Aloy’s story.