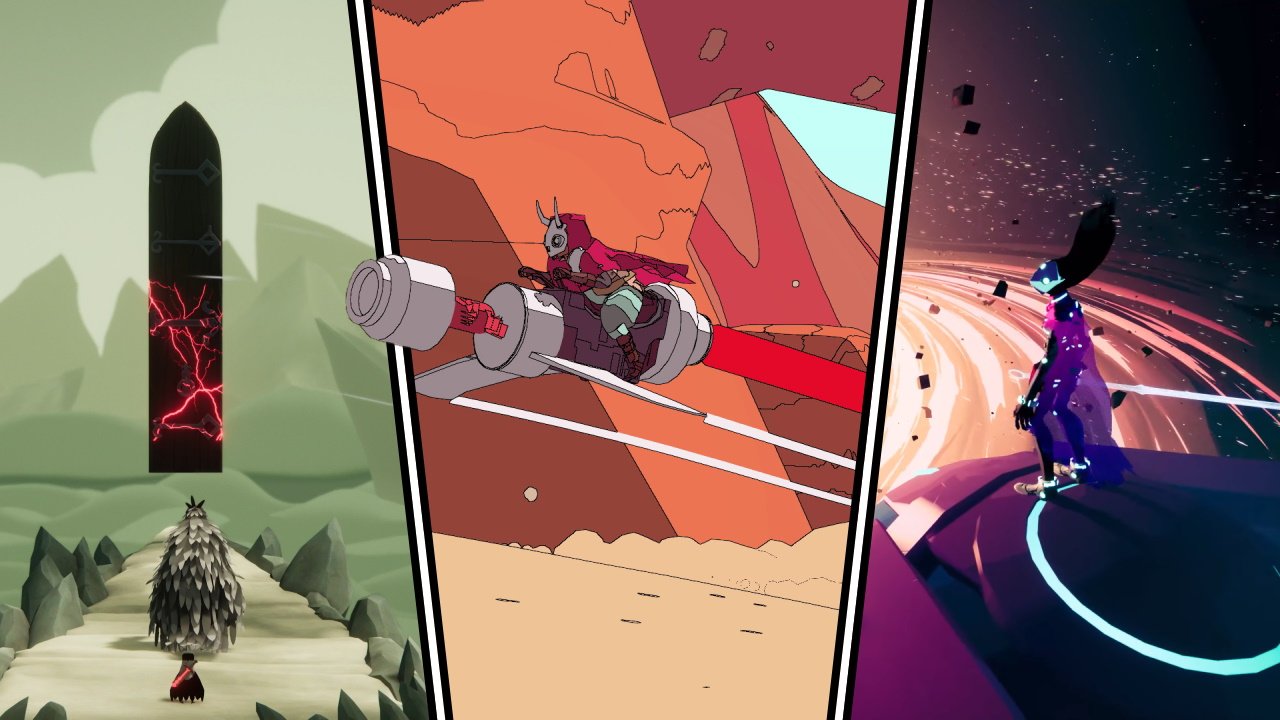 We’d root for the little guys but they’re already out doing it for themselves. The last few years have seen the sometimes rickety indie game train rock up at our in-home gaming stations sporting pristine carriages overladen with innovation, quality, and charm. To celebrate such brilliance (and excite you for things to come) we’ve rounded up several rising stars of the indie game world with a look at the titles they’ve got in store.

For each of the up-and-coming indie studios below, we’ll let you know what games (if any) they’re famous for, how they rose to prominence, and what we’ve got to look forward to from them in future. What we’re saying is, this is your chance to plan out your indie game calendar for the ahead.

It takes two, baby. Only two, if UK-based indie team Acid Nerve is anything to go by. A joint effort between Mark Foster (Programmer, Designer, Writer, and Animator) and David Fenn (Producer, Designer, Composer, and Sound Designer), Acid Nerve is a studio that’s no stranger to conjuring unusual game concepts during Game Jam.

The team’s big break arrived with 2016’s Titan Souls, a boss rush adventure which pits the player against mighty monstrosities all capable of downing you in a single blow. The beasts are just as vulnerable as you, though. A single, well-placed arrow means instant victory, provided you can find the opening to land it.

Acid Nerve’s next game, Death’s Door, marks a big step up for the studio as they transition to 3D. The story sees the player as a soul-reaping corvid (cuter than you might think) attempting to recover a stolen bounty. Titan Souls fans can rest assured that this feathered new hero will still have plenty of gigantic beasts – including what looks like a living castle capable of firing laser beams – to slay.

Follow Acid Nerve on Twitter for updates on Death’s Door, which is due to release in summer, 2021.

Known for: Among Us

Upcoming: Even more Among Us

With such stratospheric success last year, we almost skipped over InnerSloth for being too darned famous. Ah, the price of success. However, the tale of its belated rise is just too good not to acknowledge. InnerSloth saw moderate success as publisher of the Henry Stickman collection, but it was the social deduction and Imposter-based backstabbing of Among Us that lifted the eight-person team into gaming glory

Among Us’s 2018 release didn’t deliver quite the boom we recognize the game for today, however. A dedicated community formed, but it took a pandemic for us to realize just how brilliant a game it was. As COVID-19 saw us all spending more time separated and indoors, Among Us gave us all the laughter of a get together, with several more alien murders to boot. Understandably, Among Us remains InnerSloth’s key focus for now, as continued updates arrive with new maps, outfits, colors, and more.

Even if you’ve never played it, Hyper Light Drifter is probably a game you’ve heard about. An impressive feat, given Heart Machine’s small team size of nine at the time they made it. As famous for its precise and rapid combat as it is for Disasterpeace’s stellar soundtrack, the critically acclaimed Hyper Light Drifter hoisted Heart Machine from obscurity and plonked them among the most beloved of indie developers.

As such, their next title has become one of the most anticipated games coming to PlayStation and PC in 2021. Solar Ash teased us with a beautiful yet mystifying first reveal, and since then we’ve been treated to a look at the fluid movement we can enjoy while exploring the broken worlds of the Ultravoid. The success and recognition granted by Hyper Light Drifter back in 2016 has enabled Heart Machine to drastically scale up its numbers and take on more ambitious projects like Solar Ash.

Hopoo Games was founded in a 2012 college dorm room by two eager students, Duncan Drummond and Paul Morse. Nine years down the line and the company has two multi-million selling games under its belt. Risk of Rain started as a student project, but after pulling funding through Kickstarter and picking up Chucklefish as a publisher, the 2D roguelike and metroidvania game drew enough attention to warrant ports from PC to all major consoles in the years after its 2013 launch.

After expanding their team numbers, Hopoo Games went beyond simply capitalizing on the original’s success with Risk of Rain 2. The sequel made the jump to 3D, and featured a far more colorful art style. Yet the allure of unknown mysteries – in addition to full co-op support and some serious challenge – remained, and Risk of Rain 2 went on to sell more than a million copies within a month of its 2019 early access release. That figure has since surpassed four million, with Risk of Rain 2 still receiving updates to this day. The Anniversary Update arrived in March, bringing new characters, skills and enemies to play with.

Hopoo Games is currently hiring for further Risk of Rain 2 content, and you can keep track of the studio’s progress by following them or the Risk of Rain account on Twitter.

On a very rare occasion, a game and team arrives with almost no prior fanfare to steal our interest. Thanks to a captivating art style Sable more than pulled off this rare feat, stealing our hearts along the way. The story follows the eponymous Sable as she travels the desert land in a rite of passage, meeting the world’s wandering denizens and unearthing mysteries with each stop of her hoverbike.

Shedworks is a development team of just two, Gregorios Kythreotis and Daniel Fineberg. Sable is the studio’s debut release, but makes for a particularly intriguing prospect as it is also being supported by experienced writer Meg Jayanth (80 Days, Sunless Sea) and will feature a soundtrack by indie musician Japanese Breakfast.

Sable is currently listed for release in 2021, though no firm date has been given. When it does arrive, it’ll arrive on both Steam and Game Pass for PC. You can keep tabs on Sable’s progress by following Kythreotis on Twitter.

Know of any other indie developers everyone should be watching in 2021? Share them with us in the comments below!