Everything we know that's coming or changing in Overwatch 2, including new maps, heroes, and more. 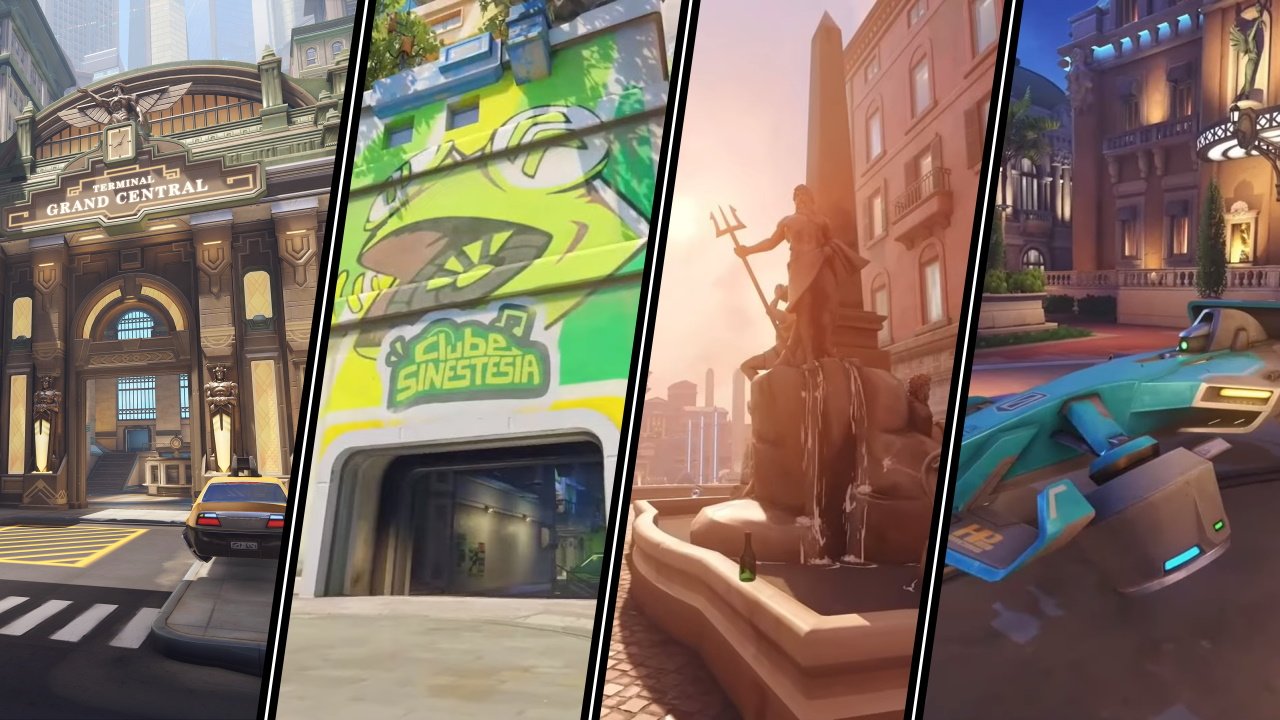 First inter-regional clash of the League of Legends calendar goes to Chinese side RNG.

A word of warning: you’re about to suffer from wanderlust. Overwatch 2 might be a way off from release, but Blizzard is already dropping plenty of information, including a look at the new maps we’ll get to enjoy in PvP. Below, we’ve rounded up all the new maps in Overwatch 2 that have been revealed so far, granting you a look at Monte Carlo, Rio, Rome, and more.

At the time of writing, seven new maps have been officially shown off for Overwatch 2, taking us across the globe to all new locales. There's also a sixt There’s plenty of change coming to Overwatch 2 (read more here), but here’s a closer look at the gametypes and environments we can enjoy for all the new maps in Overwatch 2.

The city of Gothenburg is home to Torbjörn's workshop, and we'll be battling both in and outside of it. The entire factory was built to the diminutive fellow's size, meaning everything will appear much smaller than usual for most of Overwatch's cast. Reinhardt, presumably, will feel like a giant. We don't yet know the game mode for Gothernburg, as it was originally announced as an Assault level before the mode was confirmed as scrapped.

We've only had the briefest of glimpses of Overwatch 2's India map but boy, doesn't it look beautiful? Expected to be one of the largest Overwatch 2 maps, it appears to take place in a temple surrounded by mountainous jungle.

Monaco’s Formula 1 races have changed a bit in the future of Overwatch 2. The city is still a luxuriant place of splendor and excess, but it’s now home to AI races rather than human ones. This payload map sees the attacking team pushing a car along a race track before heading into a fancy casino for the final stretch.

Race toward the Monte Carlo finish line in Overwatch 2.

New York is a map that’s long been on the Overwatch team’s radar, and Overwatch 2 offered the ideal chance to do it justice. The Grand Central Terminal is easily the highlight of the map, but anyone visiting would do well to stop for a slice at Jeph’s Corner Pizza (named in honor of former Overwatch lead Jeff Kaplan). New York has been confirmed as a Hybrid map, where attackers must attempt to capture a control point before pushing a fire truck payload across the map.

Enjoy a New York slice between battles in Overwatch 2.

Sun, sand, and club parties. What’s not to like in Overwatch 2’s new Rio map? Attackers will start in Lucio’s home before fighting their way through streets surrounded by colorful, painted walls. Once the first point is captured, a Carnival festival cart emerges as the payload to be guided into Lucio’s community club, Sinestesia.

Rock to that Rio rhythm in Overwatch 2.

You can’t visit Rome without seeing the mighty Colosseum, and the monument takes center stage in Overwatch’s rendition of the city. Players will need to battle back and forth through gladiatorial halls, across ancient streets, and past impressive fountains. The entire level is bathed in glowing sunlight, making it a particularly attractive arena.

Rome is the first of the new Push mode maps, asking both teams to take control of gentle robot T.W.O to push their side’s barricade further than their opponents. Reach checkpoints and you’ll unlock forward spawn points that might grant you the edge.

Roam the streets of Rome in Overwatch 2.

Fall fades into winter in the new Toronto map, with the city’s streets of eateries and hotels providing the area of combat. Glistening skyscrapers and flying cars loom in the distance, but it’s the beauty of the maple trees that are likely to provide the greatest distraction. Like Rome, Toronto is a chance to enjoy the new Push map.

Weather the Toronto winter in Overwatch 2

Those are all the new maps in Overwatch 2 that we know of so far, but we’ll do our best to update the list as more maps are revealed for Blizzard’s shooter. For more on Overwatch 2, check our full list of changes coming to the hero shooter sequel when it arrives.