Meet the Cleaners, Back 4 Blood's character roster keen to rid the world of the Ridden. 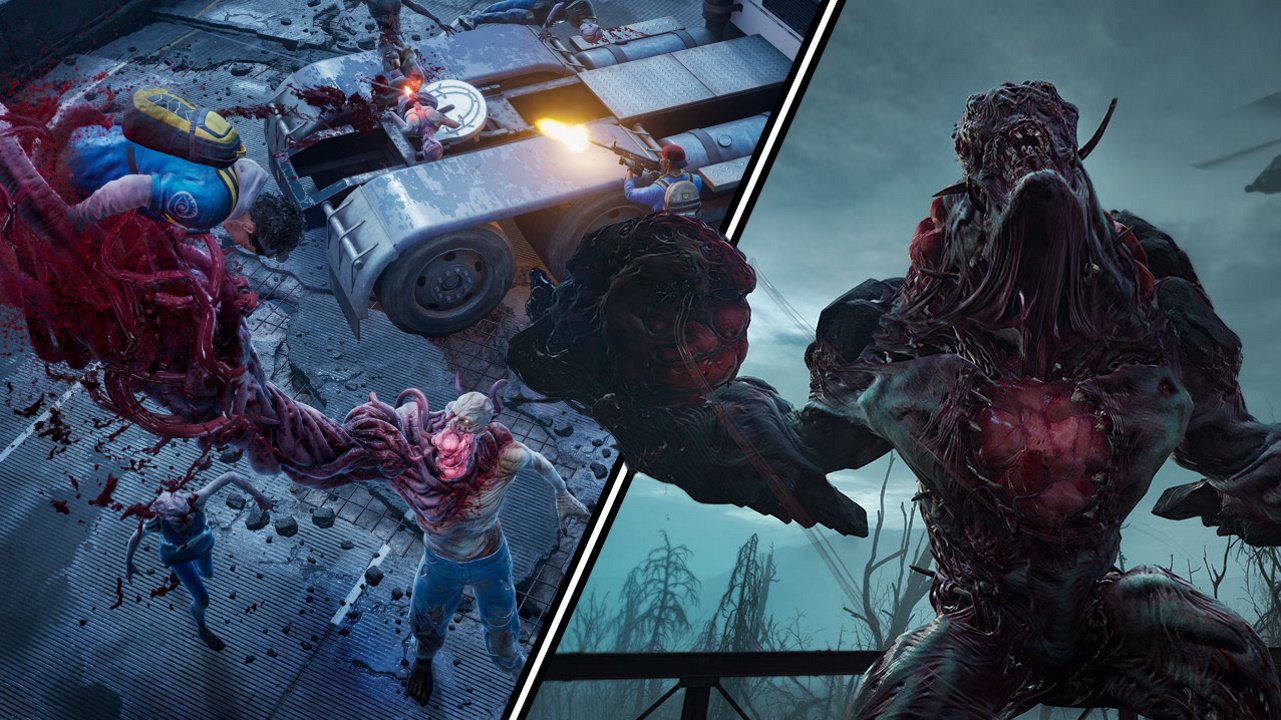 Hot on the heels of the hot tubs category.

They’re certainly infected, but Back 4 Blood’s Ridden types offer all new levels of nastiness when compared to Left 4 Dead’s zombies. The regular hordes of Ridden will take the bulk of your bullets on any given mission, but the special Ridden types in Back 4 Blood are by far the biggest threat to your lives. Learn more about each of them below before you face them in-game.

The special Ridden types in Back 4 Blood aren’t just your enemies. Hop into the competitive multiplayer mode and you’ll be able to play as them too! We don’t know which Ridden are playable yet, but the main bulk of the list below should be options to face off against or take command of when the game releases. Looking for the Cleaner human survivors instead? We’ve got a list of them you can read by clicking here. Now, back to the hideous monstrosities.

If you see him first? Not a problem. But if he sees you first, he’ll scream and summon an entire horde to tear you apart. The Snitch is only a touch taller than a regular Ridden, making it hard to spot. That oversized voicebox in the neck is their weak point.

This Ridden didn’t skip arm day. Or one arm day, anyway. Towering above regular Ridden, the Tallboy stalks toward victims before swinging its massive, club-like arm overhead. It’ll occasionally burst forward with speed, so don’t let its slow pace deceive you. The massive blob on its shoulder? That’s the part you want to be shooting.

Big, angry, and spoiling for a fight, the Breaker wants to get up in your face. Probably squishing your face, in fact, given those large, spiky arms. It’s quite mobile and capable of leaping at targets, so keep moving whenever you engage one.

Steering clear of a giant monster seems smart, right up until they toss objects into your face. The enormous Ogre picks up and lobs giant “meatballs” at survivors, knocking them flying if struck. There are weak points around the top of its shoulders, though spotting those might be tricky unless you’ve got some height.

Remember Left 4 Dead’s Boomer? This is him but all the more sticky. A large, slow-moving Ridden that explodes upon death, the Reeker covers anyone nearby in sticky pus. Hit the weak point in the stomach for a swift kill.

The sneaky assassin of the Ridden gang, the four-armed Stinger can climb on walls and leap from afar to tackle Cleaners. They can also spit phlegm to trap their prey in place unless they have a friend to help out.

Think Stranger Things’ demogorgon, only with hands sticking out of its mouth. Aims to close in on Cleaners before gobbling them down its throat. If it grabs you, you’d best hope a friend is nearby to help. A large weak point protrudes from its back, so teamwork is best to take it down.

We’re still waiting for details on the final Ridden in Back 4 Blood, which means there’s a good chance it’s something pretty mighty. Think Left 4 Dead’s Tank only scarier.

Those are all the special Ridden types in Back 4 Blood that we know of so far. We’ll do our best to update this list when more are unveiled in the run up to the October 12 launch for PS4, PS5, Xbox One, Xbox Series X/S, and PC via Steam and the Epic Games Store.