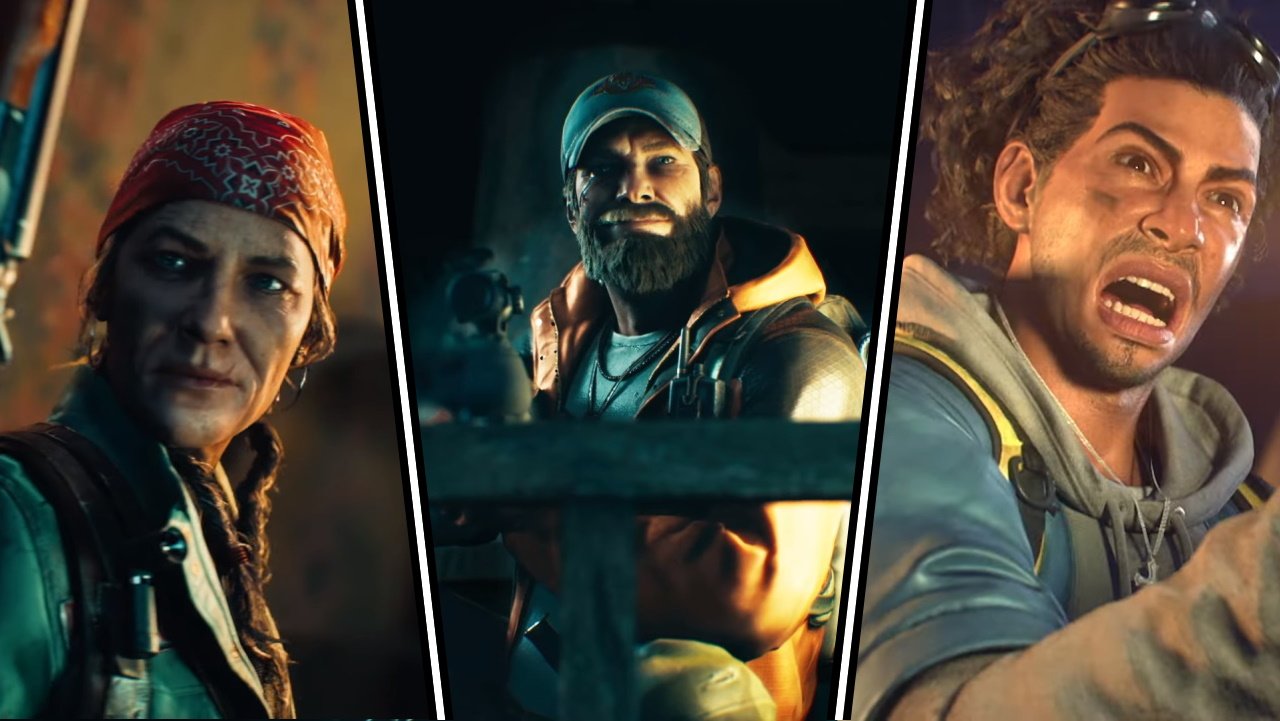 Learn all the monstrous Ridden types you'll need to shoot at or take command of in Back 4 Blood.

As we shamble closer to Back 4 Blood’s October release date, we’re slowly getting more and more information about the game. Unlike in developer Turtle Rock Studios’ Left 4 Dead series, Characters in Back 4 Blood hold unique passive abilities and provide a buffs to the squad they’re partnered with. We’ve checked out the available footage so far and rounded up the details we know about all the Back 4 Blood characters so far.

So far, eight Back 4 Blood characters have been revealed as playable at the launch of the game. Each one offers a unique primarily ability, along with a personal buff and a team buff that'll boost everyone ind your squad on the mission. Building complementary squads for each mission will likely be a key test when it comes to the game's tougher difficulties. Here's the short list of all characters in Back 4 Blood, with more details available on each further down:

A former Army Ranger and war veteran, Walker was well equipped to take charge of a Cleaner squad with a calm head when the Ridden outbreak began. Offering a boost to damage and health, he’s the dependable marksman you’d want watching your back on any mission.

Next up is Doc, who grants the team increased healing and trauma resistance. A former physician who still loves to wear the old work clothes, she wields a scalpel as a melee weapon and can keep the team in fighting shape by healing low-health allies even without items.

As well as rocking a punk aesthetic and a blunt attitude, Karlee is extremely skilled at spotting dangers from afar. She can detect hazards from a distance, hold more utility, and makes the team faster when using equipment. Karlee is the only character not technically a member of the Cleaners, but  she's more than qualified to run alongside them.

For the precision shooters looking to lay down covering fire, Jim is waiting for you atop the nearest water tower. A crack shot with a sniper rifle, Jim boosts his own damage with each precision kill, making him the expert at tackling the special Ridden. He also aims down sight faster and boosts the entire team’s damage to enemy weak spots.

Some people thrive in the apocalypse, and prepper Hoffman is having the time of his life. Able to tote more molotovs and explosives than most, he keeps the team’s ammo reserves topped up and boosts their ammo capacity as well.

The newest member to the team, Evangelo is an expert at keeping himself alive and out of the reach of the Ridden. He can escape easily from the horde’s grasping hands, offers increased stamina regen, and boosts the team’s overall speed. He's a chatterbox, but he'll keep the Cleaners moving when they need to.

The voice of the survivors, Mom has a wealth of experience behind her trigger finger, and that pays dividends when it comes to keeping the team alive and together. She’s capable of instantly reviving downed team members, carries more support items, and even offers an extra life for each run.

Wielding her beloved bat Dottie, Holly is a college student who just keeps on swinging. She recovers stamina with each kill, and has increased damaged resistance to let her get up close and within bat-to-head range. Her positive attitude and batting record are so impressive that she’ll even boost the entire team’s stamina reserve.

Those are all the Back 4 Blood characters you can look forward to trying out when the game releases October 12 for PS4, PS5, Xbox One, Xbox Series X/S, and PC via Steam and the Epic Games Store. Want to know more about the deck system? We have a full breakdown of how the cards and deck building works.