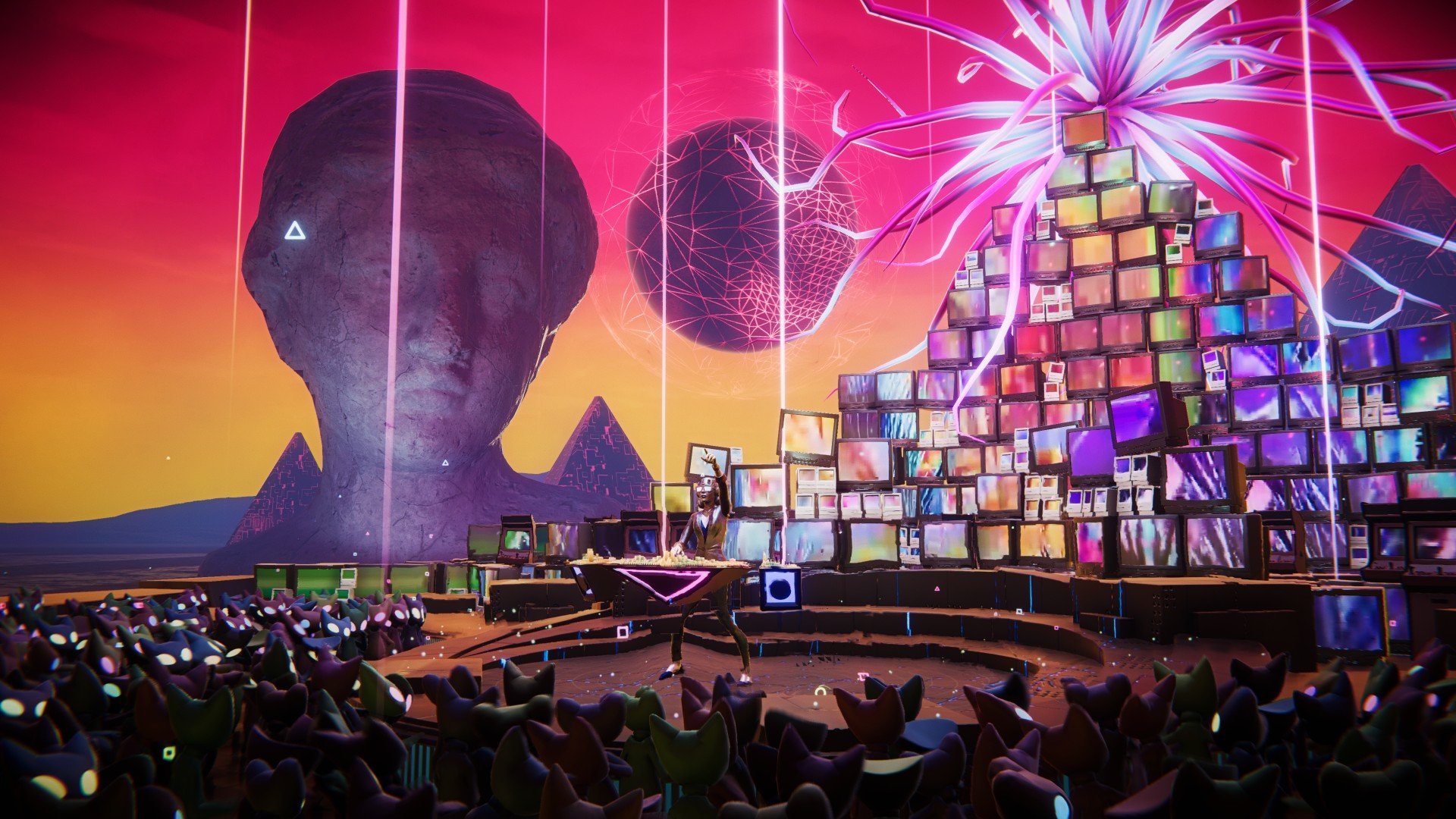 How Wave is fueling virtual entertainment experiences through gaming and innovation

The worlds of music and gaming have been merging ever closer together over the last year. While physical concerts and performances have been rendered impossible thanks to the emergence of COVID-19, virtual spaces have come to the rescue to offer ways for fans to continue to collectively experience the magic of music they love. But with these extraordinary circumstances laying the groundwork, many are looking forward to the possibilities remote performance technology offer for the future.

One of the virtual entertainment companies developing new ways to share musical experiences over any distance is Wave. In an ongoing collaboration with Beatport (the online store where DJs get their hot new tracks), virtual events called Waves are bringing gigs from DJs including Durante and Haywyre thousands of miles across the globe while keeping real-time presence of performers and crowd alike intact. With a new gig every two weeks throughout May and June and weekly in July, the BEYOND series sees minimal house and pop tech guru SOHMI don a mo-cap suit this Thursday (June 3) to bring her live into the homes of beat connoisseurs worldwide, who can turn up online for free.

This live insertion of the performer's avatar into virtual events has enabled previous Waves to bring stars like John Legend, The Weeknd, and the boundless energy of YouTube violin-cosplay virtuoso Lindsey Sterling to audiences at home. The performer's avatar can dance and move across the virtual stage, surrounded by fantastical backdrops unattainable with even the most sophisticated projection mapping lightshows of cutting edge amphitheaters.

Wave was founded in 2016 by music and technology veterans Adam Arrigo and Aaron Lemke. Arrigo comes from six years at Harmonix working on the company's genre-defining rhythm games, while Lemke has been making VR experiences since 2012, including meditative hits Zen Zone and Eden River. It was only natural that if they came together they would work on ways to bring music to the masses via the virtual world.

Despite Arrigo and Lemke working on virtual entertainment experiences since 2016, the wider gaming industry has only just begun to fully explore the possibilities of this new dimension in stage design. One of the standout moments of the gaming calendar last year was the collective experience of the Travis Scott concert within Fortnite. The event was so transformative to the industry that even now, during the high-profile Apple vs Epic Games lawsuit brought about by the #FreeFortnite debacle last year, Epic CEO Tim Sweeney preaches of the developer's plans for the battle royale game to become a metaverse.

This concept of a metaverse is key to Wave's future plans, including partnerships with Warner Music Group and Tencent. “The commercial opportunity in the metaverse has exploded in the last several years, with the past few months seeing a tipping point for mainstream adoption of immersive social experiences and virtual communities,” said WMG Chief Digital Officer Oana Ruxandra when announcing the partnership.

The key to this immersion, compared to scripted events in other gaming universes, is Wave's combination of full motion capture, live broadcast, and fan interaction. For instance, by preserving the endearingly awkward bit between songs where roadies still have to set up for the next track and the performer has some downtime to spend talking to the audience. This cherished moment of parasocial interaction can make every gig special, separated from the dozen or so identical setlists the performer has run through in other cities on their current tour.

Wave shows also allow fans to interact with their favorite artists by participating in live Q&As, voting on virtual scene changes, and even seeing themselves featured in the show. Fans can also influence the live event, offering virtual gifts throughout the show that artists can incorporate into their sets to create a truly collaborative experience. With Waves, instead of trying to pick a single voice out of a cacophony of cheering, now performers can simply read a chat message off screen and give personalized responses.

The recreation of a physical gig is something platforms and artists have been experimenting with throughout 2020 and 2021 so far. The virtual album launch concert for Porter Robinson's newest EP, Nurture, saw an attempt to replicate a festival feeling, with multiple vantage points with fantastical themes to watch the main stage from. While many of these virtual events have been substitutions for ones that would have happened in real life if it were safely possible, the ability to pull off virtual scene changes in real-time and on the fly is an element of the experience that Wave believes is an enduring prospect. Something that will entice global audiences in well after it is safe to return to the nightclub.

"Wave shows are complementary to the physical concert experience and additive to the overall live music ecosystem," says Adam Arrigo, co-founder and CEO of Wave. "Waves are unique because we offer music fans a different kind of live music experience. Our shows are fully interactive and set in virtual environments where creative expression has no limits. While the pandemic certainly fueled our growth, we believe that Wave offers an enduring benefit to music fans who are interested in highly immersive and interactive experiences."

The global audiences artists are reaching out to are unlikely to disappear anytime soon, as a generational shift is also taking place within both gaming and music. This year's Digital Media Trends report by consulting firm Deloitte found that 87% of Gen Z are regular gamers, up from 83% of millennials and 79% of Gen Xers. Similarly the younger generation has overtaken their forebears in music consumption, too. They're also the first generation to not know a time before digital media, so the online world is made for them. And this is the direction it is going in.

“As gaming continues to play an important role in the lives of Gen Z, we are seeing music and tech experiences converge into the world of gaming,” Arrigo says. “Wave sits at this intersection. Taking the interactive and social aspects of gaming and live streams, and applying it to the live music experience. Ultimately giving music fans a new way to appreciate their favorite artist’s music."

Emerging artist SOHMI is set to perform on Thursday June 3, with the BEYOND series in collaboration with Beatport continuing throughout the summer. Other artists spotlighted throughout the ten-show series include Speaker Honey, Durante, Haywyre, Marbs, Rinzen, Reid Speed, VNSSA, Worthy, and more. Fans can head to the Wave site, sign up, and join in via their browser.