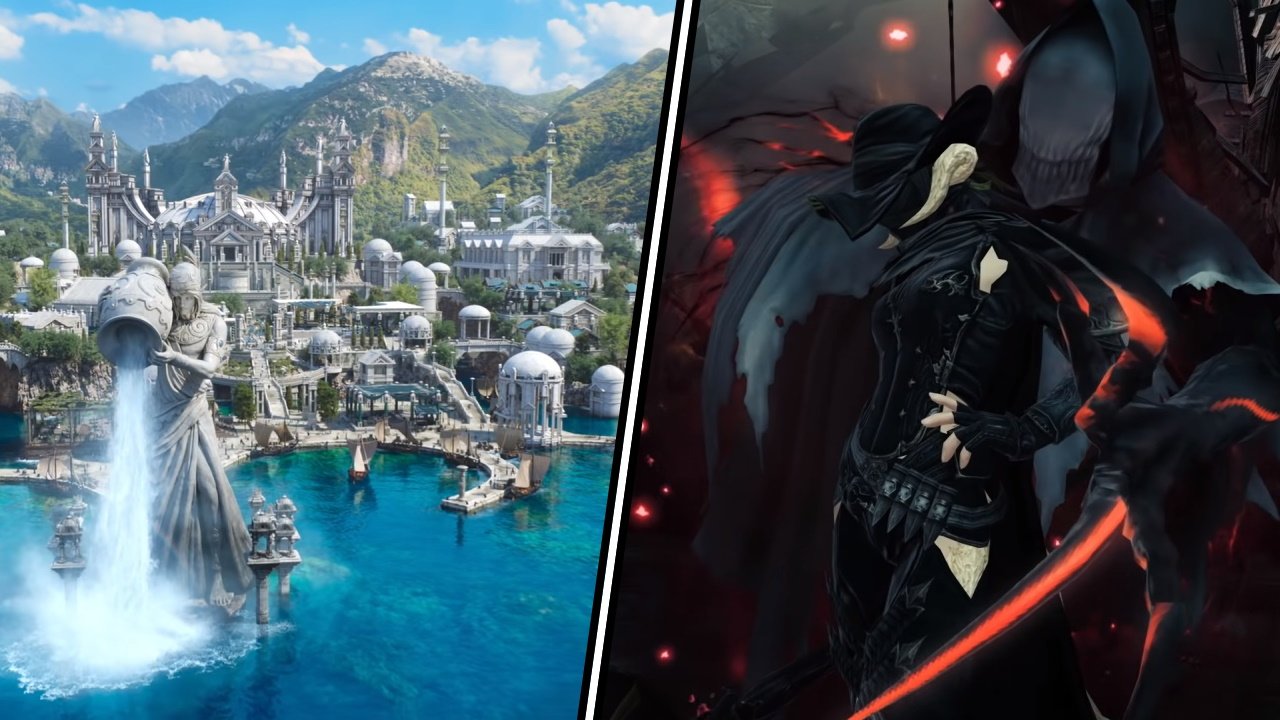 The keynote address for the 2021 Final Fantasy 14 Fan Fest started with the news players had been eagerly anticipating. Game director Naoki Yoshida confirmed that Final Fantasy 14: Endwalker will release this year, on November 23. The delay to its launch is, expectedly, down to COVID-19 forcing the team to transition to working from home. Rather than cut content to release early, they decided to push it back from the original summer window.

In detailing the Endwalker update, Yoshida took great joy in revealing new regions and jobs coming to the game. Toting a scythe, the game director took to the stage to unveil the Reaper, a melee DPS role with a decidedly dark aura and the ability to summon Voidsent in battle. The Reaper – who looks like they've arrived right after wrapping up Bloodborne's storyline – joins the previously announced Sage class as one of the two new Jobs in Endwalker.

On top of that, the bunny Viera species added in Shadowbringers will be getting a male version, with Square Enix promising to grant the Hrothgar race a female option in future as well. For non-playable races, we were introduced to the Beast Tribe, Loporrits. They look a bit like tiny humanoid bunny-mouse hybrids.

As for new regions, we got highlights of several during the broadcast, including the pristine coastal city of Old Sharlayan, arcane knowledge of Labyrinthos, purple-tinged sands of Thavnair, bustling town of Radz-at-Han, and moon library of Mare Lomentorum. Old Sharlayan will serve as the new player hub city in Endwalker.

You’ll need somewhere to rest after exploring all these new locales, which means it’s good that Ishtar will be opening its housing sectors, though plots aren’t going to be open for access until the 6.1 patch arrives.

A new Alliance Raid: Myths of the Realm

Teased during the digital Fan Fest was a new 24-man Alliance Raid coming to Final Fantasy 14. It’s called Myths of the Realm and focuses on the Twelve – the Eorzean deities which players aligned with when creating their characters. According to the speech it's an original Final Fantasy 14 concept, not a crossover, and will take a look at the Twelve "in a way that we haven't been able to see yet in the game."

For diehard (and wealthy) fans, we also got a look at the Collector's Edition of Endwalker, which will include a paladin figure, loporrit mini plush, art box, pin, and art collection.

Here’s a quick summary of the key new features that Endwalker is bringing to Final Fantasy 14:

Oceania gets a data center

In a move sure to please one particular portion of Final Fantasy 14’s playerbase, it was also confirmed that an Oceania region data center will be added, providing players in regions such as New Zealand and Australia a much snappier connection to the game. The new region is expected to be added during the Endwalker release window in November.

A Data Center Travel System is also being added, which will allow players across different data centers to run duties together. This is reportedly a feature that’s in the works, so we may get the ability to do more in future.

And finally, here’s the Final Fantasy dev team getting their groove on at the show with a synchronized dance. What more could a fan ask for?

That’s everything we’ve got from the 2021 Final Fantasy 14 Fan Fest. Saw any key details that we missed? Share them in the comments section below.