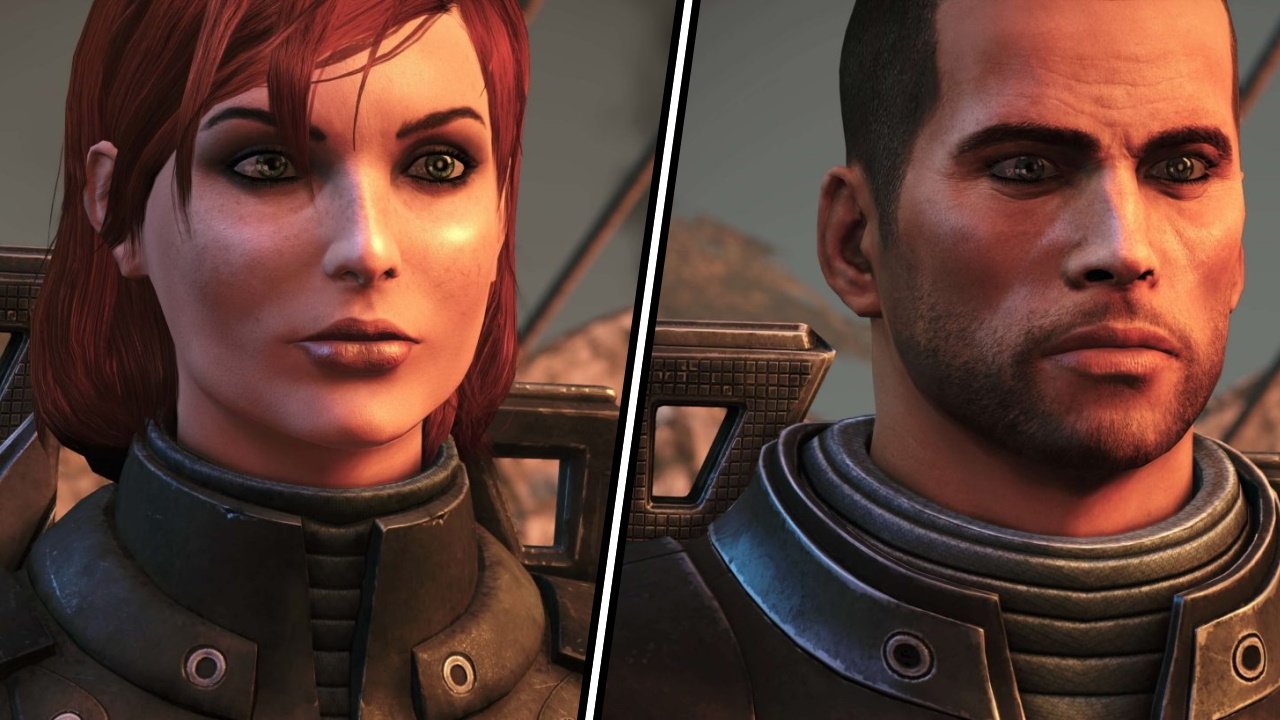 Find out the new level cap for Mass Effect Legendary Edition along with details of the Legendary Mode level scaling.

The general steps towards saving the galaxy haven’t altered all that much since 2007. That said, plenty of under-the-hood tweaking means you’ll definitely want to know the Mass Effect Legendary Edition changes before committing to several hundreds of hours of story once more. Below, we’ll explain the biggest changes made in Mass Effect Legendary edition, highlighting how each game in the series has been affected.

The following changes apply to all games in the Mass Effect Legendary Edition. Due to its age, however, their effects are most prominent in the original Mass Effect.

Updated visuals, performance, and loading: All three games have been updated with new models and updated textures, as well as new visual effects and lighting techniques. Loading times are much snappier (you can wave goodbye to those lengthy elevator rides), with the PS5 and Xbox Series X/S jumping between areas in a matter of seconds. Support for 4K resolutions is now available, with up to 120fps on XBox Series X/S and 60fps on PS5. Here's how performance varies on each platform based on your performance mode:

Photo mode: All three games now also include a photo mode which lets you pause the action (outside of cutscenes) to grab a dramatic image of your Shepard and crew as you tackle the Reaper threat.

Cover: Cover has been improved across the trilogy, adding additional cover to some encounters and making it easier to enter and exit cover. This most starkly affects Mass Effect 1.

DLC: Over 40 DLC packs from the original titles have been packaged into the Legendary Edition for players to enjoy. All major story DLCs are present, with the exception of Mass Effect's Pinnacle Station DLC. Mass Effect 2 and 3 included several bonus weapon DLCs which would ruin game balance if all handed to the player at the start of the game. Instead, these have been added as research rewards, loot, or merchant options available during each game.

Trophies/Achievements: The trophies/achievements for all three games are now tracked within one launcher, and several new options have also been added for players to earn. Some trophies (e.g. Kill 250 enemies) now have progress which carries over between games.

Audio improvements: BioWare promises that audio has been “remixed and enhanced across all games.”

Bug fixes: Countless bugs from the original games have been fixed for Legendary Edition’s changes.

Legendary Mode level cap: If you use the Legendary levelling system (enabled by default), then Mass Effect’s level cap will be reduced to 30 (granting more points at each level), and players will actually be able to reach it without starting a New Game Plus run. XP has also been rebalanced to provide a more consistent experience across the game. Classic levelling can be enabled in the options.

Below you’ll find the Legendary Edition changes specific to Mass Effect 2. The second game only has a handful of tailored adjustments, with fixes to the Paragon-Renegade system and an increased ammo drop rate leading the pack.

Increased ammo drop rate: Ammo was found to be spawning too scarcely in the original release, so drop rates for all weapons (especially the sniper rifle) have been bumped up.

Mass Effect: Genesis comics: The Dark Horse comics series has been added to the intro to Mass Effect 2 and 3 so that players can make key choices from the previous game no matter their start point.

Recon Hood: This DLC armor is available from the start of the game.

Paragon-Renegade system: Critical bugs related to the Paragon-Renegade system in ME2 have been fixed, and several backend improvements have been added. These should make a few key decisions in Mass Effect 2 which wouldn’t present additional dialogue options more easy to complete. These can have an impact on your Galactic Readiness in Mass Effect 3.

Planetary detail: In a lovely extra touch, players have also noticed that some planets in our solar system have also had their visuals updated to match our most recent real-world captures of them.

Below you’ll find the Legendary Edition changes specific to Mass Effect 3. Multiplayer is now absent, which has meant that the Galaxy at War system has had to undergo some big changes.

Extended Cut: The ending to Mass Effect 3 will now use the Extended Cut version by default.

Galaxy at War: The Galaxy at War system which allows Shepard to build up Galactic Readiness has gone through some major rebalancing. External factors such as multiplayer (not included in the Legendary Edition) and the companion app will no longer impact your Galactic Readiness. The more content you play across the three games, the better you’ll be able to improve your Readiness rating. This means playing Mass Effect 3 alone will make preparing for the final battle more challenging.

Mass Effect: Genesis comics: The Dark Horse comics series has been added to the intro to Mass Effect 2 and 3 so that players can make key choices from the previous game no matter their start point.

Cerberus Ajax Armor: This DLC armor is available from the start of the game.

Those are all the Mass Effect Legendary Edition changes we know of, broken down by games. If you think we’ve missed anything, be sure to let us know in the comments below. If you do decide to jump in, be sure to check our controls guide to remind yourself of how to play.