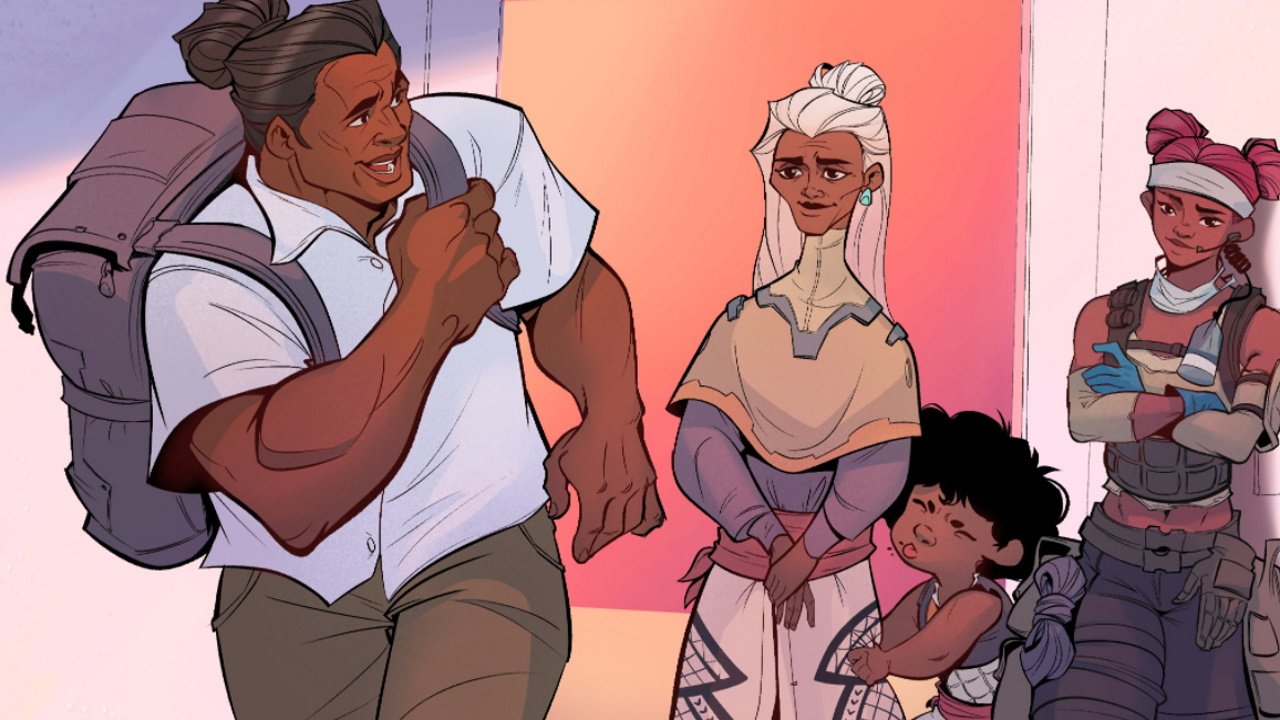 Learn all the changes in Mass Effect Legendary Edition for each title in Shepard's trilogy.

thanks to the new Arenas mode and Legend, Valkyrie. The game’s appeal has led to a huge community following, with plenty of interest in the expanding cast of characters. As such, it’s no surprise that the Apex fanbase includes a plethora of talented artists eager to create content around the game.

Soon though, those artists will have the chance to offer a more direct input to the game. As part of a new Community Created initiative, developer Respawn Entertainment will be partnering with artists in the community to commission “bespoke, earnable cosmetic items ranging from loading screens to weapon charms and more.” The initiative starts with the Legacy update, which brings six Community Created loading screens to the game via Twitch Drops.

Apex Legends isn’t the first shooter to introduce community-created cosmetics. Valve’ Counter-Strike: Global Offensive has featured community-made weapon skins for quite some time, with the creators receiving a share of all sales featuring the items on the Steam Marketplace. Respawn Entertainment hasn’t confirmed the compensation that involved artists received but, given the work is commissioned, there’s certainly a monetary reward involved.

I did the art for the Apex S9 in-game prologue comic which went live earlier this week. When stumbling into Apex over 2 years ago, I never thought it'd be the first game my artwork would ever appear in. I'll post some extra bits of art and some notes about the comic below (1/5) pic.twitter.com/hr5GI7ahDn

In addition to in-game items, Apex Legends is partnering with a community artist to help create comics to detail the background story and lore to the game. The first part, The Legacy Antigen - Prologue, was created by experienced Apex fan (and character artist for Summerfall Studios) JEL, who has previously worked to bring together hundreds of Apex artists for a collaborative second year anniversary celebration piece.