Could the PS5 and Xbox Series X/S 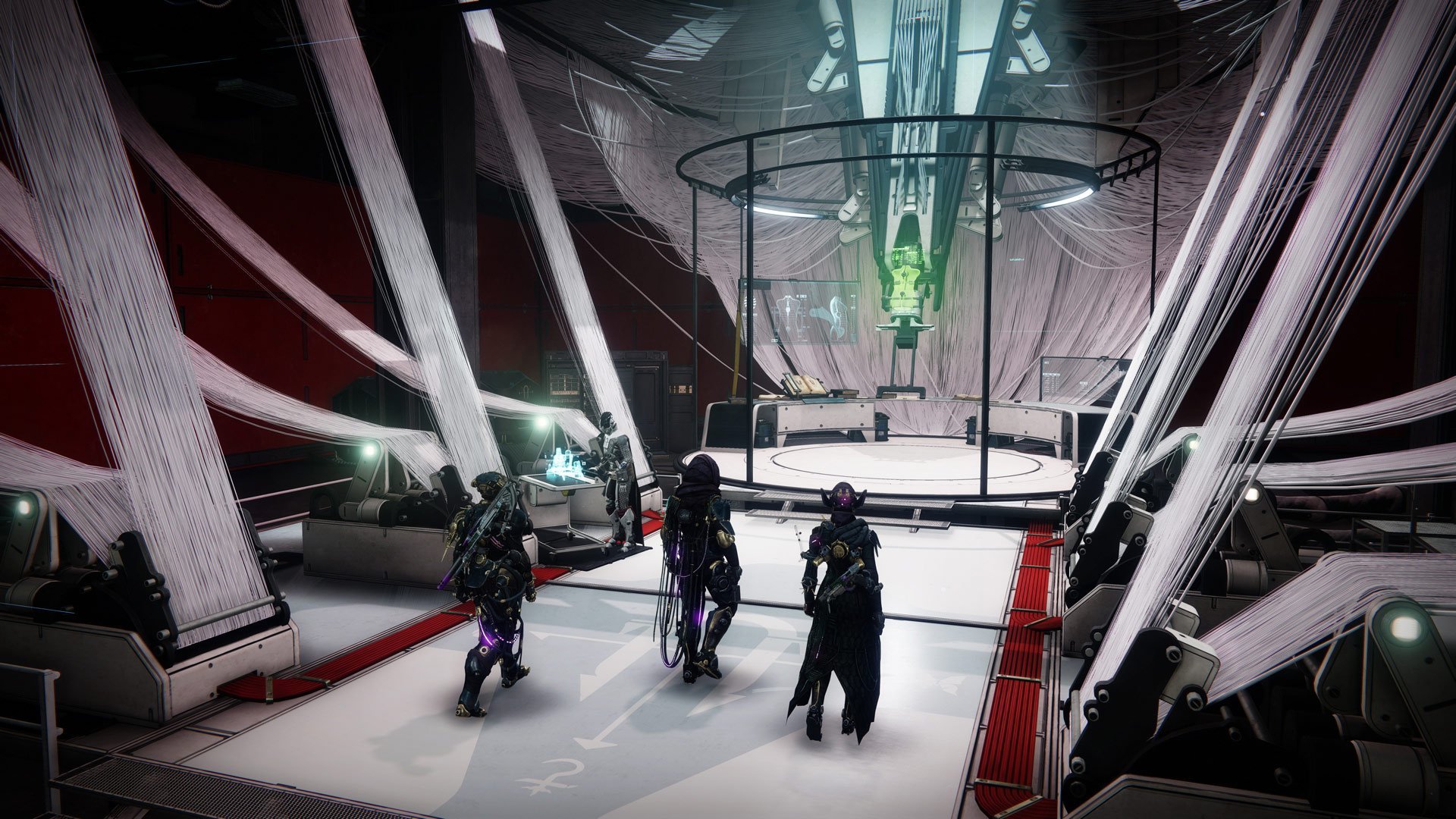 How to get and use Synthweave in Destiny 2

How to get the Chroma Rush in Destiny 2

Get the Chroma Rush in Destiny 2 and you'll have a gratifying rapid-fire rifle which deals Kinetic damage.

Armor transmogs have been a long time coming for Destiny 2, and to make use of them you’ll first need to know how to get and use Synthweave. A new resource added in the Season of the Splicer update, Synthweave allows you to adapt the look of your outfits, meaning you can combine your preferred stats with your favorite armor designs. Below, we’ll give a brief explanation of how to get Synthweave in Destiny 2, and what it’s used for.

How to get Synthweave in Destiny 2

To get Synthweave in Destiny 2, you first need to obtain Synthstrand. This is a standard drop from enemies and other players, so it’s simply a case of blasting your way through plenty of foes in any activity or Destination. Save up 150 Synthstrand and you’ll be able to speak with Ada-1 at the Tower.

Ada-1 will construct a fancy Loom, allowing you to spend Synthstrand to purchase Threader Bounties specific to your class. Complete these to earn Synthcord (yes, there are a lot of Synth tiers) through Crucible, Vanguard, Gambit, Destination, Raid, and Dungeon activities.

Collect Synthcord and you can return to the Loom to convert it into Synthweave. Right now, you can only earn up to 10 Synthweave per class (thanks to Ada-1 only offering 10 Threader Bounties) but Bungie has plans to expand that to 20 in future seasons.

You can also use the Eververse shop to purchase Synthweave Templates and unlock ornaments for any class.

How to use Synthweave in Destiny 2 - Tying It All Together

You can use Synthweave in Destiny 2 to convert any armor design you have into a Universal Ornament. The first time you'll be able to do this is as part of the Tying it All Together quest step in Destiny 2. Doing so will allow you to apply that look to any armor pieces which share the same equipment slot. Essentially, you can change any same-slot gear to match the look of your Universal Ornaments.

Open your Character Appearance menu, swap to the Appearance Subscreen, then enter Appearance Customization through the button in the top right. In here you can choose any armor pieces of Legendary or lower quality from your Collections to convert into a Universal Ornament. Exotic armor cannot have its appearance adjusted and cannot be converted into a Universal Ornament. There are also a few Year 1 armor ornaments which aren’t available at the start of the season. The full list can be found on Bungie’s FAQ page.

Unfortunately, that current limit means you’ll only have access to 10 Universal Ornaments per class (without paying in Eververse) during this first season, and it’s quite a grind to get them. Make sure that you pick your designs carefully as they’re all you’ve got until Bungie decides to boost the available slots.