The Lone Road chest key is one of the easiest to miss in Resident Evil Village, so here's where you can find it. 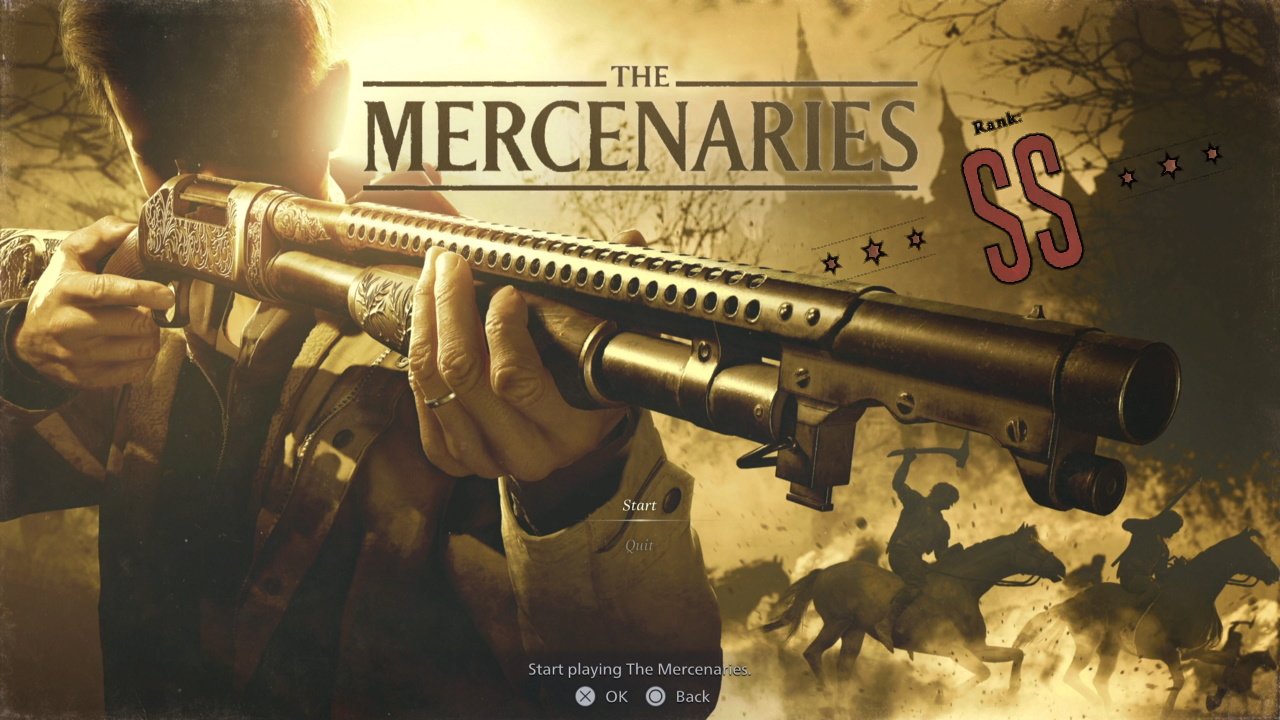 Valorant's Replication mode is live for the next two weeks, good luck seeing anything!

Ethan Winters might be lacking a face, but he's certainly got what it takes to tackle hordes of monstrous bioweapons. Once you've wrapped up the main story to Resident Evil Village, you can unlock the arcade Mercenaries mode through the game's Extra Content Shop. Blasting through monsters at pace is the perfect relief after hoarding ammo in the story, but beginners to Mercenaries will quickly find themselves struggling to reach S rank or higher. Below, we've rounded up nine Resident Evil Village Mercenaries beginner's tips and tricks that are sure to get you racing towards those high scores.

1. Sell your pistol and unwanted ammo

Sorry Lemi fans, but the starting pistol in Resident Evil Village is rubbish. When time is of the essence, you can’t be wasting time putting five or more shots into a regular lycan or zombie’s face. Almost every round of mercenaries should start with you selling the Lemi and usually your pistol ammo too. If you’re not taking hits, you can even sell your healing items as well. It’s tedious, but the money you make can be put towards upgrades on a better weapon of choice. Speaking of which...

2. Choose a weapon and focus on it

The Duke offers a selection of weapons to choose from, including pistols, shotguns, and sniper rifles. Rather than split your efforts between several weapons, it’s best to pick one and funnel as much Lei into upgrades as you can. A shotgun is essential on the Factory, and will see you right on almost every map. But if you’re confident with your aim, the FN2 Sniper Rifle can prove even better with a helpful boost to your range.

For a map with a mix of ranges like the Village, you can also pair the second tier shotgun or pistol with the FN2. Just don’t forget to sell the ammo for whichever weapons you aren’t using. Poor Ethan’s already spent too long lugging around treasures and items in the main story for you to burden him here.

If you’ve played a Mercenaries game before, you’ll know this one already. Score is earned for kills, time remaining, and the money you’re holding. Those are all small fries, however. The real way to get that high-score engine humming is by building and sustaining a combo. You’ve got around 15 seconds between each kill before your combo drops. It sounds like a lot but can prove tricky under pressure.

If you can kill every enemy in a stage in one combo, you’re on the path to an S ranks or above. Not only will you earn a bonus for the length of the combo, you’ll also gain extra time for every kill earned above a streak of ten. It all feeds back into a pristine, points-pumping machine. If you need to choose between collecting items or keeping that combo going, opt for the combo every time.

The goal will open after you’ve taken down your fair share of mold-infected mutants, but for big scores you’re aiming for a clean sweep. Killing all enemies provides the All Dead bonus and boosts your combo score. It's worth noting that a few stages like the Mad Village 1 and Castle 4 also include a few animals you'll need to kill to reach that total. Make sure you look around carefully to spot any hiding birds or pigs. Even if you have to backtrack a little to find the few enemies you missed, it’s usually worth the cost in time. Still, you won’t need to backtrack if you work on our next tip.

Resident Evil Village’s mercenary mode is a little odd, in that enemies spawn in sectors of each map, and only while you’re nearby. To kill them all, you need to plan a path from a starting zone which loops through each area, linking them together such that you can collect the yellow bonus time orbs and blue power ups while keeping your combo going.

Don’t rush too much though, as leaving a room before enemies stop spawning will mean you need to backtrack later. This is simple enough in the Village and Castle, but the maze-like Factory is by far the hardest level to navigate. Unfortunately, all we can suggest there is a healthy dose of practice and refinement.

Where possible, try to funnel a room full of enemies into a narrow path. This only really applies to a select few levels, but when starting in an open environment like the Village’s first stage, run past enemies to grab any upgrades first, then line them up with your back to safety. This will minimize the chance of dropping your combo while you scramble around, and also boosts the chance of lining up a double kill with a single shot.

Much like your weapon choice, it pays to pick complementary powers. The choices you’ll get at each orb are randomized, but we’d suggest opting for damage-boosters above all else. The more damage you deal, the more points you’ll earn per kill and the faster you’ll take down bosses. Stacking abilities like No Brainer will deal immense headshot damage, while Infighter and Shotgun Master will mean your boomstick can take down anything in your path. The only exceptions to this include Magic Magazine and Agile, which reduce your reloads and time, respectively.

Similarly, you want to spend your Lei on Power upgrades above all else. A boost to capacity can be handy for some guns, but increasing damage will amplify both your score and time to kill on tougher foes. Ideally, you want to take down all but the toughest monsters in a single hit.

8. It sometimes pays to leave one alive

The most common time to drop your combo is when running between two arenas mid-stage. As such, it can pay to leave one or two enemies alive while you gobble up the dropped loot and items in each area. Take them down just as you’re leaving to give you as much combo time as possible as you shift to the next area.

9. For the later stages, you’ll need to get good with the pistol

After wrapping up The Mad Village on A rank, you’ll start to unlock the second tier of Mercenaries levels, and they are brutal. Enemies deal massively increased damage, and all you’ll have to start is a pistol. Boost its damage as much as you can, then get to work on lining up those headshots. You’ll need to save your money for a Magnum and explosives to take on the beefier foes, which means every single smaller enemy has to be tackled with the Lousy Lemi. Mercenaries, you are cruel to us. When you reach these stages, the Super Guard power can be a literal lifesaver, stopping you from taking any damage at all so long as your guard is up. Good luck, and try not to die too much.

And those are our nine Resident Evil Village Mercenaries tips and tricks. The arcade mode is a blast once you know what you’re doing, so let us know if you discover any tips of your own in the comments down below. You might also be interested in checking out our list of easter eggs from the main game that you might have missed! Head to our Resident Evil Village hub page for more guides and content for the game.