Learn how to use wells in Resident Evil Village so you can secure extra ammo, lockpicks, and treasures. 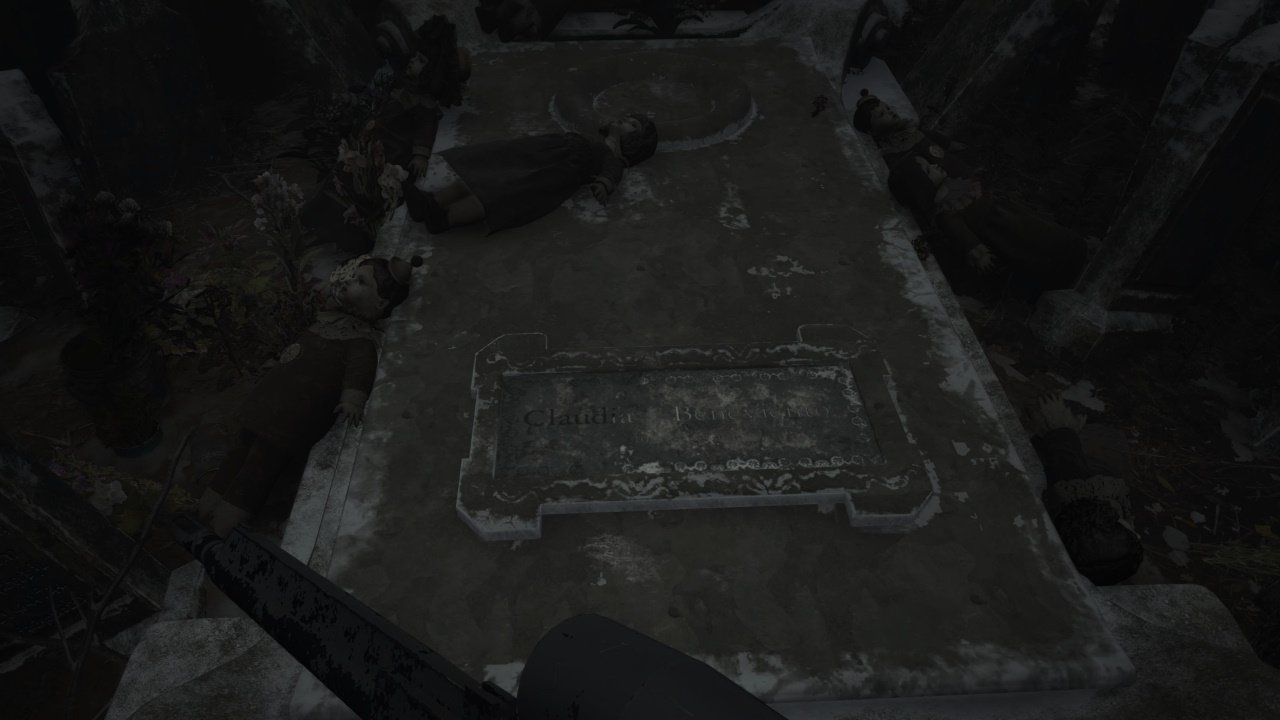 Learn where to find Juicy Game in Resident Evil Village so you can cook up a delicious meal with the Duke.

After surviving the ordeal of House Beneviento, we can’t blame you for feeling a little rattled and needing guidance. As you approach and leave the house, you’ll encounter the large Beneviento grave, and your map will even later be marked with a note highlighting that Beneviento’s Treasure is here. Accessing it won’t take long, but you will need to prepare yourself for a fight. Below, we’ll explain how to open Beneviento’s grave to obtain the treasure.

The Beneviento grave treasure can be obtained after you’ve completed the harrowing House Beneviento section and obtained the second body flask. What you’re after is the final piece of the grave’s plaque, which has been broken off.

Return to the main village area with the Maiden of War statue, then turn left and walk into the Graveyard. Several zombies will spawn here, including one which breaks out of a previously locked gate (marked by a red line on your map). It's in the position shown on the map above.

Once you’ve dealt with them, head to the newly opened gate in the left of the graveyard. Inside the tiny tomb space you’ll find the first half of the Beneviento grave plaque, reading Claudia. You can now return to the Beneviento grave, but before you do we would highly recommend stocking up on ammo, healing items, and explosives (mines are very effective here).

The Beneviento grave is now being guarded by one of Resident Evil Village’s toughest enemies: a towering, axe wielding zombie. This guy can take some serious punishment, deals massive damage with each swing, and also summons minions to join the fight against you. We recommend taking out the smaller enemies, then kiting the massive guy around the grave, dropping pipe bombs and mines for him to run into. Keep moving and watch out for his leap and spin attacks as you fight.

Eventually you’ll take him down (earning a giant, crystalized axe treasure) and be able to reach the grave safely. Place the plaque and grave will open, allowing you to grab the valuable Berengario's Chalice. This can be solde to the Duke for a huge amount of Lei, which should set you well on the path to some valuable weapon upgrades.