Learn the lockpick locations in Resident Evil Village so that you can open easy to pick locks. 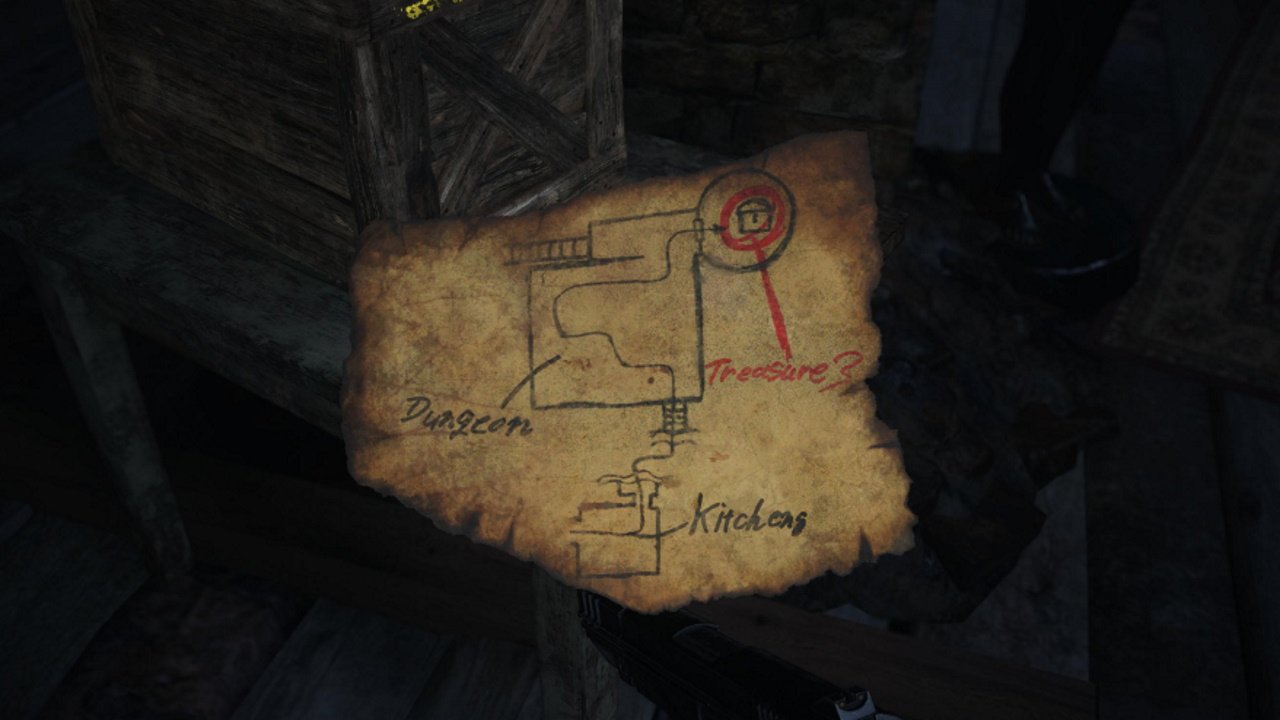 Next adventure for ass-kicking lawyer Yagami takes him to a high school in Yokohama.

Some of the most valuable treasures in Resident Evil Village ask you to follow a treasure map and explore thoroughly before completing a puzzle. The first opportunity you’ll have to do so is with the Castle Dimitrescu treasure map. In this guide, we’ll explain where you need to go for the attic treasure map in Castle Dimitrescu, and how to get the reward of the Azure Eye and the Silver Ring it combines with.

The Castle Dimitrescu treasure map points to a location in the dungeons (Floor B1) that you’ll already have passed but were unable to enter at the time. The room you’re after is shown on the map above, and is accessible through the kitchens on the first floor (the place you first fought and killed one of the Dimitrescu daughters). There will be several new ghouls in the dungeon area when you arrive, so be prepared for a fight. Make your way to the Iron Insignia Key door in this area (it should be marked on your map) and unlock it.

Inside this chamber you’ll find two swinging braziers with a stone coffin hidden behind a gate. There should also be two pipe bombs in the room. Hold on to these as they’re important. To lower the gate you’ll need to light both braziers using the torch which is hidden behind the damaged wall on the left side of the room, Throw a pipe bomb at the broken wall to destroy it, opening a gap. You’ll find a Crystal Shard and some ammo in the space.

With the wall broken you can now shoot the closest brazier to knock it into the torch. Once it is ignited, you then need to set both braziers swinging so that they touch and the second one is ignited. Line them up and shoot both to make them swing into one another. Once both braziers are lit, the gate around the coffin will lower.

Inside the coffin you’ll find the Azure Eye, a valuable and combinable treasure. Do not sell the Azure eye – it’s worth far more when combined with the Silver Ring.

The Silver Ring can be found in the Hall of Pleasure (2F) , accessible from the sound side of the Main Hall, all shown above. You’ll need to complete a puzzle and battle another Dimitrescu daughter during this sequence, so prepare yourself for another tough fight before you start. You’ll also gain the Mask of Pleasure here if you replace it with the Animal Skull.

Combine the Azure Eye with the Silver Ring to create the Azure Eye Ring. This treasure will be worth a whopping 12000 Lei, which is a huge boost to the money you have for upgrades and attachments.

That’s all there is to know in our Castle Dimitrescu treasure map guide. We have loads more guides available though, including lockpick locations throughout the castle. So head to our hub page for RE Village to find out more!