How to get Dimitrescu's Key in Resident Evil Village

Learn the location for Dimitrescu's Key in Resident Evil Village so you can explore the castle's secrets. 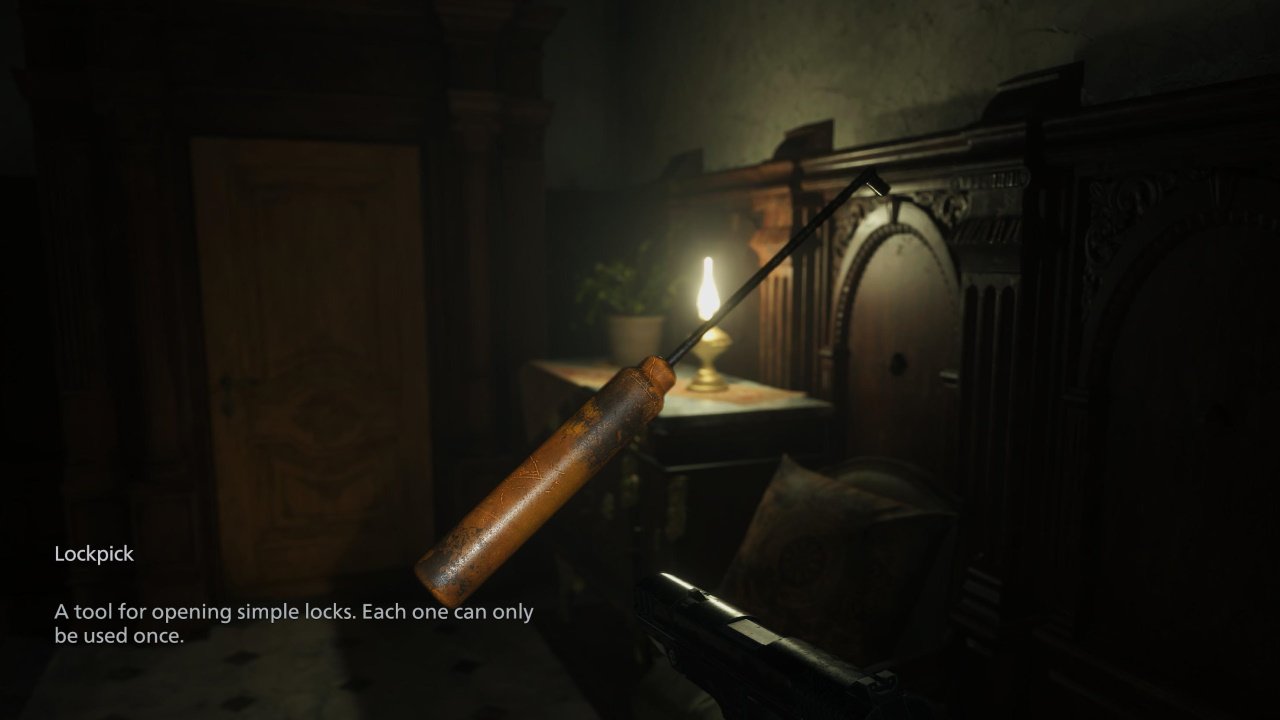 If you’ve pre-ordered Resident Evil Village or bought one of the special editions, you should have downloaded the Survival Resources Pack. If installed, this will allow you to get one lockpick in advance of the standard order by picking it up for free from the Duke.

You’ll first meet him after placing the two crests in the village gate and heading towards Castle Dimitrescu. Check his supplies tab to grab the lockpick (and some free ammo/supplies). You’ll be able to make use of this in the Duke’s room inside the castle, where a locked chest of drawers holds some extra supplies.

If you don’t have the Survival Resources Pack, the first chance to find a lockpick in Resident Evil Village will come after you come up from the Castle Dimitrescu dungeons and into the kitchen. In the hallway just beyond this is a locked chest of drawers to the right, and a lockpick on the surface by the chair to the left. Grab the lockpick, then return to the chest of drawers to open them and receive the Wooden Angel Statue treasure.

In case you missed them, any locked items will appear on your map with the lockpick symbol, so you know exactly where to return to.

*This guide is a work in progress. We’ll update it as we discover more lockpick locations and progress through the game.

Below we’ve listed all the lockpick locations in Resident Evil Village that we’ve discovered so far, as well as the location of the nearest chest you can open with them.

As noted above, the first lockpick can be found after passing through the kitchen on the way back from the dungeons. It’s located in the hallway between the Kitchen and the Dining Room, on the surface near the Dining Room door. The chest is at the back of the hallway and contains the Wooden Angel Statue treasure.

The second lockpick location is in the attic. You’ll be able to reach this area after obtaining the Iron Insignia Key and completing the Bell Room puzzle. You’ll find the lockpick close to where you climb up, sitting on a wooden box next to a lamp that’s lit up. Note that you can also get the Sniper Rifle in the attic and a treasure map which points to the Azure Eye. The closest locked chest for this lockpick is in the Duke’s chamber on the Castle’s first floor. The locked chest contains some supplies. You’ll find a lift beyond the attic which will take you down to 1F very close to this room.

Those are all the lockpick locations in Resident Evil Village that we’ve found so far, but we’ll be updating this list as we play further through the game to find more. Lockpicks are a valuable resource that can net you extra treasures, ammo, and more, making it well worth collecting them. For more Resident Evil Village guides, head over to our hub page and have a browse.