Learn how to complete the Three Friends Among Flowers request in New Pokemon Snap by finding the hidden Pichu. 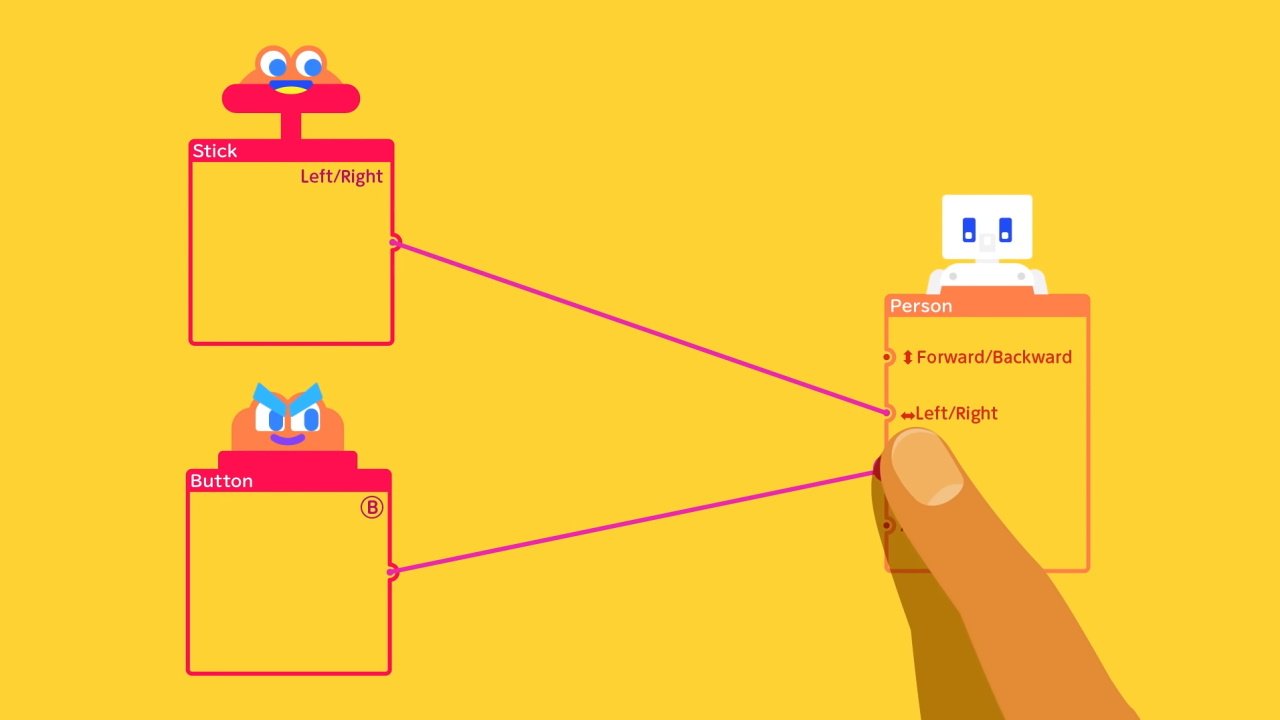 Find out how to play Scavengers, the frosty new online shooter.

Game Builder Garage is a new game-designing game from Nintendo that’s coming to the Switch this summer.

By linking together simple boxes – entertainingly called Nodons – which represent controller parts or in-game motions, players can add functions to button presses, controller waggles and more. Arriving exclusive to the eShop on June 11, Game Builder Garage will take players through seven lessons, each teaching you how to construct a game in a different genre. After that, you're free to create anything your mind can conjur.

It looks to be far less complex that something like Media Molecule’s Dreams, but the simplistic drag-and-drop system paired with Nintendo’s flair for adding creative fun to tutorials could make it an even more welcoming experience for newcomers or those of a younger age.

That’s not to imply that Game Builder Garage will be overly simplistic however, as the reveal trailer shows off everything from 3D platformers and Galaga-style shoot-em-ups to 2D fighting games and unconventional puzzlers. Perhaps the biggest selling point of Game Builder Garage, however, is being able to receive lessons on design from Nintendo’s own experts.

Similar to the slightly confusing system featured in Nintendo titles like Animal Crossing: New Horizons, sharing any creations requires generating a Game ID. These can be searched directly to download popular options, or User IDs allow you to browse all the creations uploaded by one person. It's a little fiddly, but that's standard fare when it comes to Nintendo's online systems by this point.

While we’re already eager to see what fantastic systems players will concoct when Game Builder Garage releases, it’s also a thrilling prospect for the future of Nintendo systems. It’s easy to see how the design could link with other products such as Labo to allow for even more creative concepts down the line.

Game Builder Garage will release on the Nintendo Switch eShop on June 11.