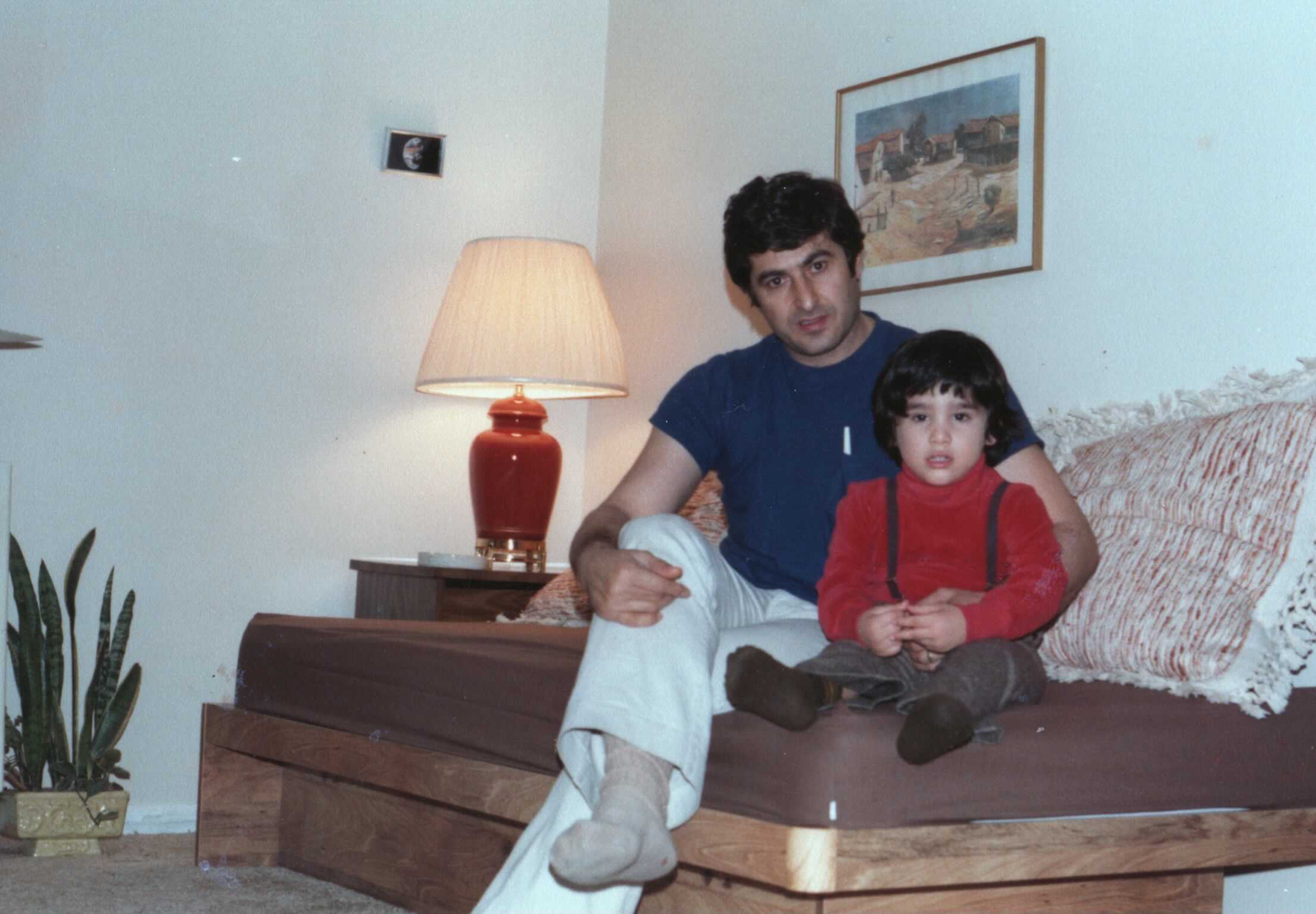 How gaming plays a part in my Arab-American heritage

Before I explain what feelings gaming and Arab-American heritage month stir in me, you should probably know a bit more about me. I was born in Brooklyn to an Ecuadorian mother and a Syrian father. I’m an American, and that’s as American a beginning as you’ll ever hear. My folks, like many, came to this country for a better life...but it was a struggle.

Ba (my shorthand for father in Arabic) was rejected by his family back home because of his American aspirations, and he came to New York City with very little, even finding himself homeless for a time. Ma came with a bit more familial support, but it was a lonely adventure for both of them before they met, married, and added me to the party.

They always aspired for a better situation for us, so it didn’t matter if it was back-breaking factory work or clerical duties, they were determined to take those difficult steps up the ladder. They made it out of Brooklyn and to the promised land of New Jersey. Little Ferry, to be exact.

Our apartment was situated right next to Route 46, across the way from a busy highway gas station and a McDonald's. It was one of those places where our living room doubled as my parents' master bedroom, and my sister and I shared the One True Bedroom.

To them, this was but a pit stop as they were determined to keep climbing that ladder. Shipping work, packing work, work at a convenience store, it didn’t matter, they were always aiming higher.

Eventually, all of that work paid off with a move to the suburbs when I was a teenager. I still feel a little silly when I remember the first time seeing a squirrel. Truly a fantastic trade-off from the critters I was used to seeing in our river-banked apartment.

While my mom had a 9-to-5 job, she essentially had a second job when she came home to take care of us; cook dinner, clean the place, and help us with homework.

My dad, on the other hand, was always out working. From morning to night, he was always working, always trying to do better for the family. I wouldn’t see him for much of my time growing up except on Sundays or when we occasionally brought him dinner at his night job. I’ll never take anything away from the efforts of both of my parents, but that trade-off (work versus family time) eventually reared its head.

Take my immigrant parents who are unaware of the cultural complexities of American middle and high schools, mix it with my naturally introverted nature, and top it off with the fact that it was just the four of us to make a truly odd upbringing.

My parents both tried to Americanize themselves as best as possible, which meant that instead of learning Spanish and Arabic from my parents or learning more about my culture or origins, they instead focused on the here and now. New Jersey, the English language, doing well in school, rinse and repeat.

At the time, and still today, I understood why they made that difficult choice. Take my father’s background. Media at the time (and still today, but much less so) portrayed Arab people in extremely racist ways. Ignorant portrayals in pointless movies – where we were all terrorists, or dirty, or conniving – would put such a pit in my stomach, and would make me feel like an “other” no matter how much I tried to assimilate.

Those portrayals naturally led to some truly heartbreaking interactions, both at school and outside from people who should know better. My dad’s store was subject to vandalism during the Gulf War (the first one). My high school girlfriend’s uncle hearing about my background and then asking if I had a bomb on me. My first boss hitting me with some blatantly racist perspectives, forcing me to quit on the spot. Stupid, hurtful stuff.

But I’ll tell you, I never saw it anger my dad. He never seemed bothered by any of it. Not to say he wasn’t bothered, but he never let us see it. When the good ol’ boys would run into his shop and, upon hearing his accent, call him an “Ayrab” and ask him where he was from, he would say “Brooklyn” or “New Jersey” and sarcastically proffer his identification.

It never mattered how aggressive they were, or how big they were. My dad always stood tall.

Anyway, back to more wholesome matters. I promise, we’re getting to the games part now. This odd upbringing also meant that our frames of reference, the things we could share, were extremely limited. But there were things.

People in the New York metro area will remember Channel 5 Kung Fu from back in the day. We would spend so much time watching these badly-dubbed martial arts films together. Classic.

We also loved watching basketball, even though my dad loved Michael Jordan and I was a hapless fan of the New York Knicks (I never learned any better, although I can now appreciate MJ in my older age).

But the biggest connection we had came in the form of video games, starting way back when, with the Atari 800 and River Raid. River Raid was a classic scrolling shooter where you had to navigate a plane through a canyon, refueling as needed and shooting down boats, helicopters, and other planes along the way. The graphics were blocky, the sound was limited, and the joystick was frustrating. It was fantastic.

It was also one of the few times where I know I could sit on the floor, criss-cross, and my dad would join me to play several rounds of the game together.

Time would stop and go so fast all at once. I remember handing off the controller and he would pull off an insane bank to snipe a helicopter, and I swear it was like a Marvel movie. It was special.

So there’s my dad, sitting down with me, not enraptured in work or trying to help our family “come up”, not worrying about the problems of the day, or me not thinking about my issues of cultural identity or sense of belonging.

It was just us, playing as American a game as was available at the time, having fun. We just vibed together thanks to this little cartridge in this little video game console, and all was right in the world.

Eventually, I would play more and get better than he was before it became a passion of mine and influenced my career. But gaming held fast as a common ground for us. Every time there would be a new console, he would ask me to play it for him, just for a little. And, begrudgingly in my younger years and more enthusiastically in my older years, I would oblige.

In retrospect, and maybe I knew this all along, it’s clear to me that the reason he would ask for that time is the reason I enjoy those rare times nowadays. It gave us a chance to have common ground, and to be awestruck together, and to have a little bit of time that was just for us in our own virtual world.

Now that he is (slowly) retiring, he has a new generation of gamers (his two granddaughters) who will show him the ropes on the newest Mario game, or their latest Minecraft creation.

And he’ll sit there, in wonderment, awestruck, carving out a special time that is just for them in a virtual world where nothing else matters. 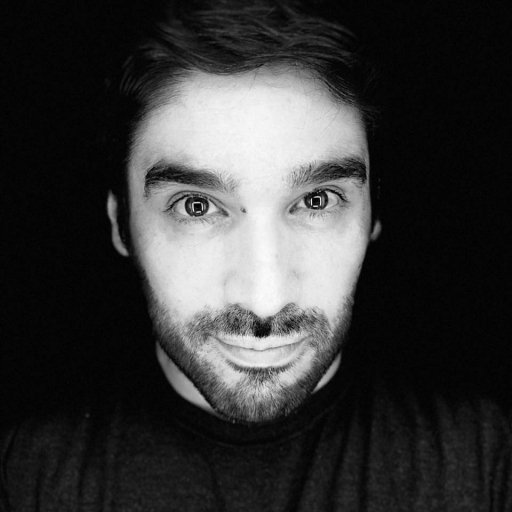