Available to PlayStation Plus subscribers from May 4. 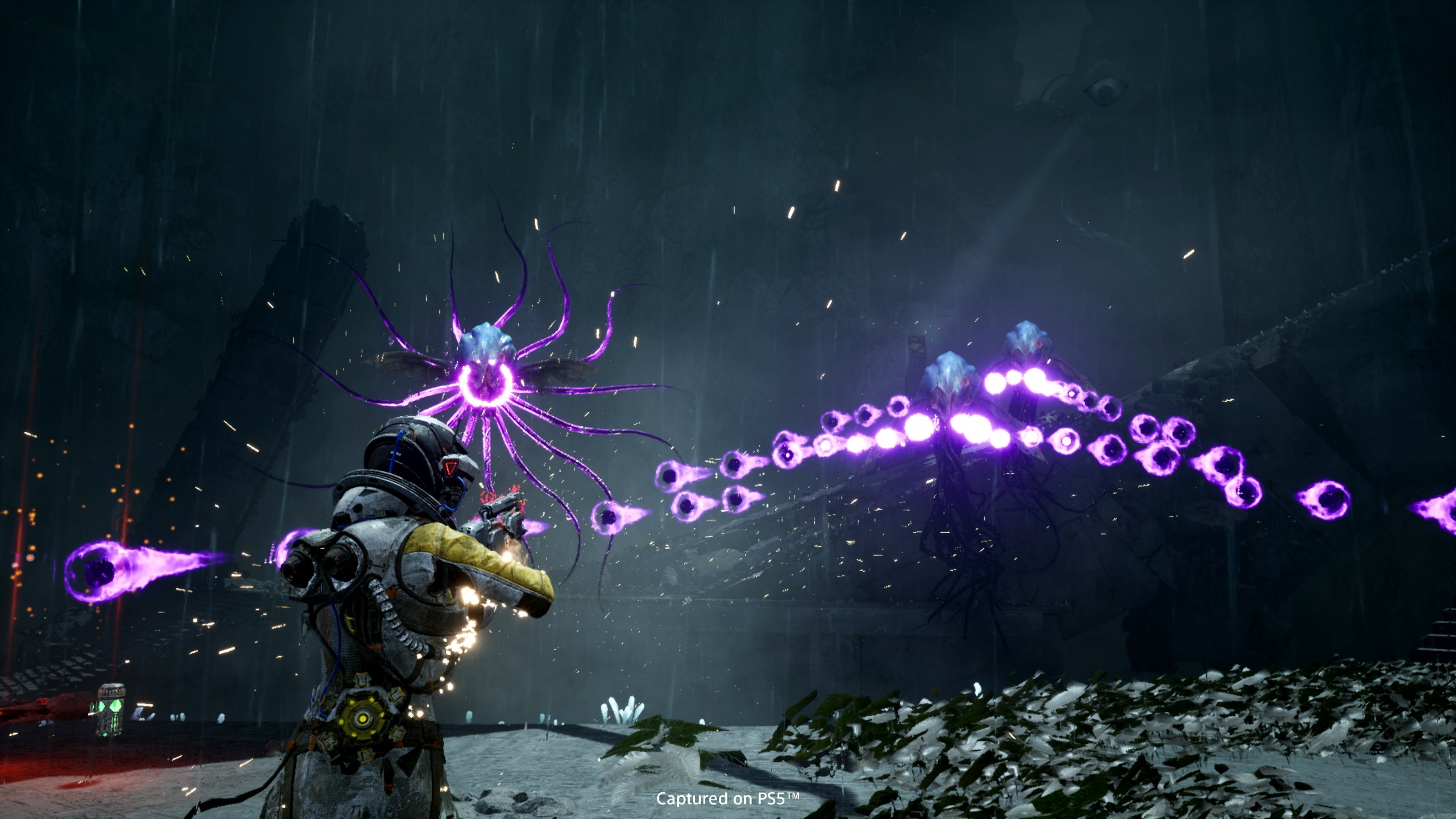 The menacing tentacles wriggling in uncomfortable number from the alien hordes Selene faces might present the most pressing concern, but Returnal holds more cerebral horrors too. Teases of flashbacks in the trailer point towards a past that Selene has forgotten, or actively avoids remembering.

Returnal features a looping mechanic that sees the environments and enemies change subtly with each death (and restart) Selene faces. Starting from her ship, Helios, Selene must carve a path through the alien world named Atropos, collecting upgrades and items to boost her offensive and defensive capabilities.

Powerful artifacts may offer the chance to push further than before, but some Malignant items may come with negative side effects as well. How much do you value a damage boost if it risks disabling your secondary fire?

Each loop through the game’s shifting landscape will also grant the chance to discover more of Selene’s story. Discovering remnants (including her own body) from previous journeys outward, there may even be clues as to how long she’s been trapped on the planet, and why she returns to the start with each and every death.

Returnal is due to release tomorrow, April 30, as a PlayStation 5 exclusive.