How to leave the Serenitea Housing Island in Genshin Impact

Don't get trapped in your Serenitea Pot, learn how to exit the Housing Island in Genshin Impact. 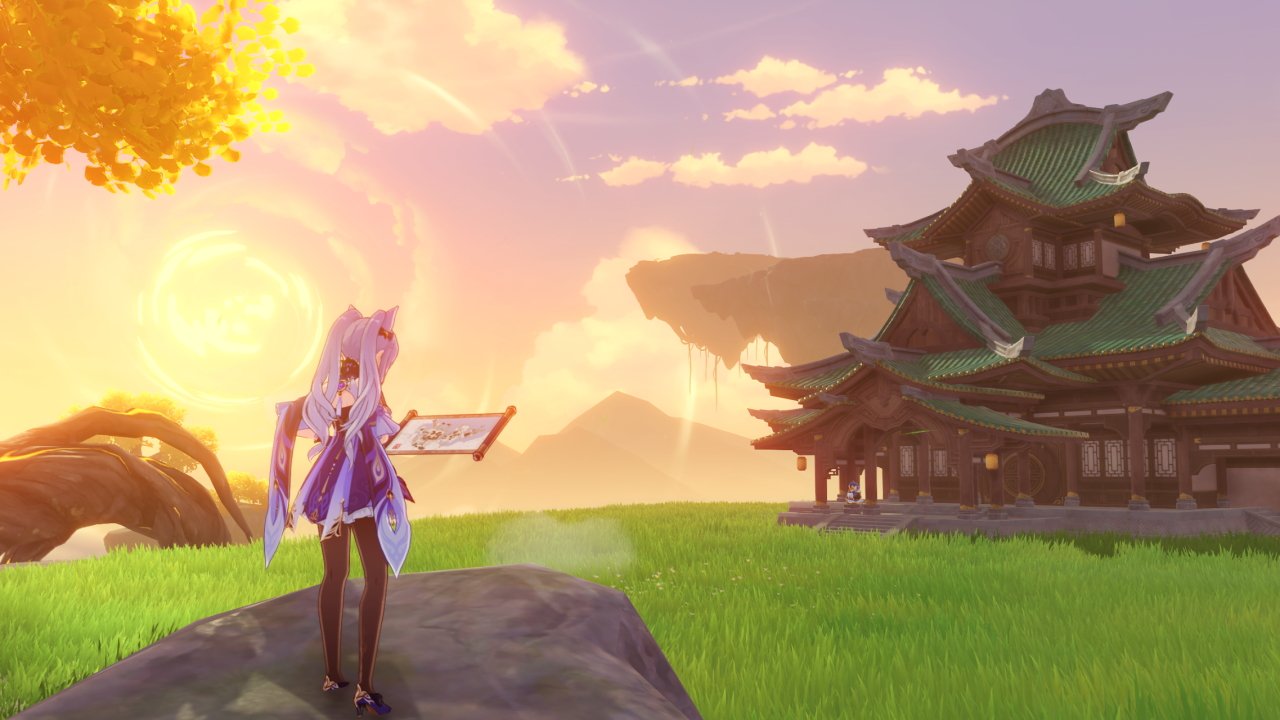 The best Genshin Impact pine wood locations to farm up for building furniture.

As of Genshin Impact’s enormous 1.5 update, the Serenitea Pot will allow you to construct your own private dimension, building up an abode for your traveller and companions. The first time you do this, you’ll be asked to choose a Realm Layout from Floating Abode, Emerald Peak, and Cool Isle. In this guide we’ll explain what the choice means and how to unlock the other options down the line.

Which Realm Layout you choose is entirely down to preference. The option you go for won’t affect the space you have available, though it will adjust the shape of the starting island space. Primarily, only the design of your building and surrounding backdrop area will change. Here’s a quick breakdown of each.

The Emerald Peak Realm Layout rests atop a towering mountain peak. The grassy apex is surprisingly flat, leaving plenty of room for construction. Unlike the Floating Abode, you won’t find many trees in the environment here by default, though there are some stunning waterfalls to admire on the nearby clifftops. Extra patches of land are linked by rope bridges, so perhaps not ideal for anyone afraid of heights. For Emerald Peak, your house will begin in a Liyue style design with a green roof.

The optimal choice for anyone who wants to be Dragon Ball’s Master Roshi. The Coole Isle Realm Layout will plonk your house down on a sunny island banked by beaches and lapping waves. In regional style, it’s the closest to the Mondstadt area. The construction land itself is situated surprisingly high for a beach island, and includes a few trees as well. You’ll find winding, sandy paths on the north and south sides which lead down to the water’s edge. As with other islands, you can’t explore the connected patches of land or even the beach until you boost your Trust Rank with Tubby. For Cool Isle, your house will begin in a Monstadt style design with a reddish-brown roof.

How to unlock Realm Layouts in Genshin Impact

The first Realm Layout you pick will be unlocked for free. To gain access to the others, you’ll need to increase your Trust Rank with Tubby, the owl spirit residing in the Serenitea Pot. This can be done by constructing new furniture and decorations for your Realm. The first time you make an item, you’ll boost your relationship with Tubby, unlocking new features for the realm.

It appears that you'll need to reach Trust Rank 8 and 10 to have Tubby grants you access to new Realm Layouts. You’ll also have to spend 1,500 Realm Currency to unlock each one. It seems like that developer miHoYo will add more Realm Layouts in future, but right now the Floating Abode, Emerald Peak, and Cool Isle are the only options.

That’s all there is to know about the Realm Layouts in Genshin Impact. Our preference is the Floating Abode, but what about you? Have the Emerald Peak or Cool Isle Realm Layouts taken your fancy? Share your favorite layout in the comments below. Whichever you pick, make sure you know how to leave the island again once you arrive. Visit our Genshin Impact hub page to find more tips and tricks for all the new features added to the game.