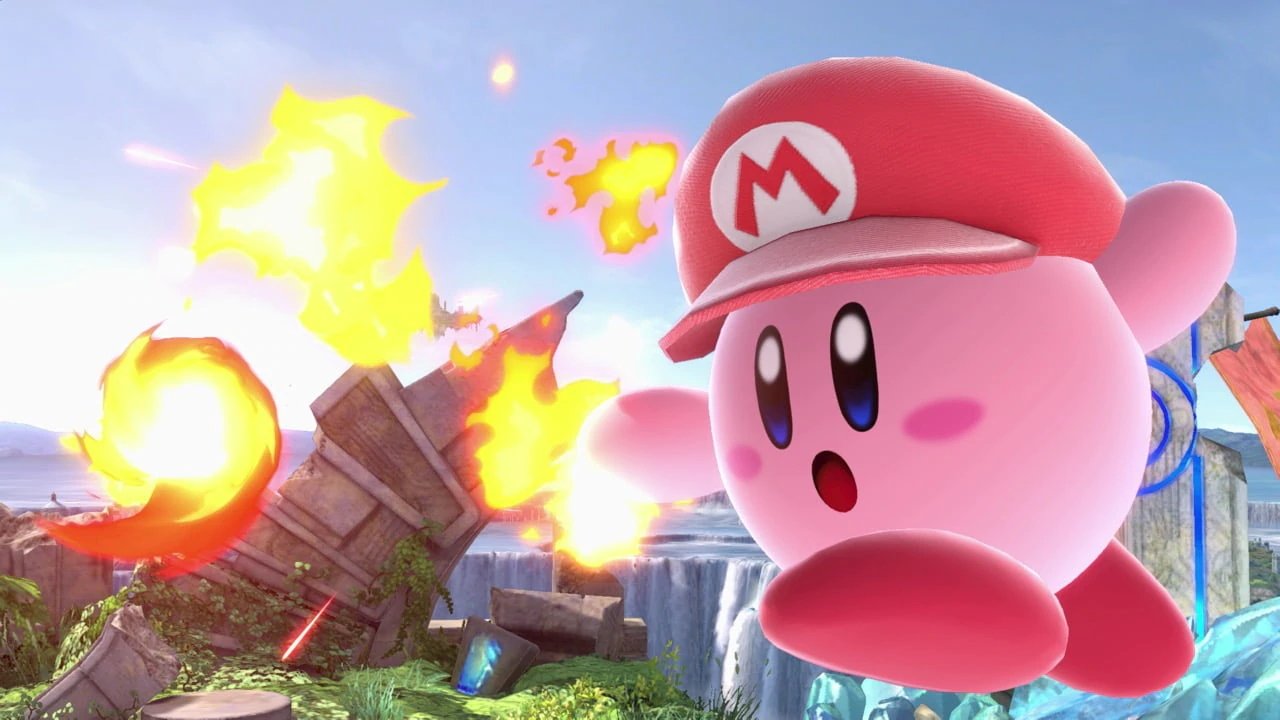 For a squidgy blob heading steadily towards middle age, the Kirbster is looking good. Those rosy cheeks have hardly aged a day in their 29 years on this earth, though they’ve certainly grown an extra pixel or two. His secret? Probably something to do with all that gobbling up the life essence and powers of others. For Kirby’s 29th anniversary, we’re celebrating his iconic black hole of a gullet by highlighting 13 of our favorite transformation and copy abilities from the pink puffball’s series and wider history.

There’s nothing particularly special about the Ball transformation. It’s far from Kirby’s most powerful ability, and bouncing around too quickly can lead to some unfortunate slips from ledges. Yet there’s something intensely satisfying about his pure, cylindrical shape. It’s almost as if this is how Kirby ought to be, freed from the constraints of outer limbs. We could all learn a thing or two from Ball Kirby.

Just look at that majestic horn. Don’t get too close though, because Beetle Kirby is ruthless in its application. Looking fit to take the place of Sekiro’s most fearsome bosses, Beetle Kirby can charge foes down and even impale them, to be hoisted up as a warning for would-be contenders. This barbed transformation also grants him wings to unleash slamming strikes from above. And if his fighting skills ever fail him, Beetle Kirby could also find a pretty solid career as an Elvis impersonator.

Well howdy there, pardner. With a flick of the wrist, Whip Kirby delivers a snappy sense of style to the pink persona. Despite what the hat might indicate, the only cattle getting herded here are Kirby’s enemies, who’ll need to withstand a flurry of strikes and ensnaring lashes. Whip Kirby can even grab out-of-reach items, offering plenty of utility for the eternally hungry sphere to snag snacks from the fridge while he relaxes at the ranch.

Of Kirby’s original copy powers, Tornado has to be the coolest. Outfitting our beloved hero in a windswept headpiece, this power allows Kirby to briefly transform into an invincible spiral of air. Devastating in terms of damage, it takes some practice to control the chaotic winds nature of the winds.

Kirby 64 includes some of the weirdest copy powers, and the most unsettling by far is the Ice + Spark Refrigerator Kirby. Perhaps embodying some deeply buried shame at the puffball’s excessive consumption, Refrigerator Kirby spits food back out at enemies, annihilating them on impact. Unsettling stuff, best contained in the SCP foundation or Control’s Panopticon.

On the positive side of the culinary spectrum is the classic Cook Kirby. This cheery fellow will happily broil both friend and foe alike within his golden cooking pot. Anyone unfortunate enough to be caught in the vat is transformed into food for Kirby to devour. Wait, wasn’t this supposed to be a happy power?

Proof that Kirby is just as capable and qualified as Nintendo’s dungarees-clad mascot Mario. Doctor Kirby is the result of years of medical practice and training. Someone else’s years, sure, but Kirby still did the hard work of eating them. Much like Mario, the result of that medical license is the ability to hurl bouncing pills at enemies, though later multiplayer titles did add healing options as well. The hippocratic oath really doesn’t mean what it used to.

This is the end of Page One of our favorite kirby transformations and copy abilities. Click here to head to Page Two, or leave a comment of your favorite ability in the comments below!