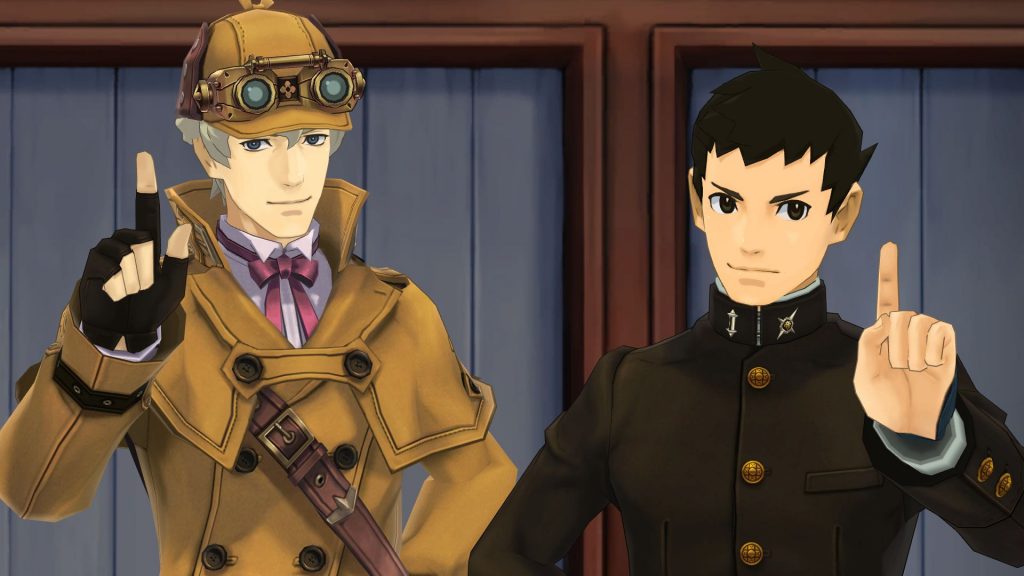 The Wild West story will arrive alongside The Concierge update this summer.

The games follow Ryunosuke Naruhodo, an historic ancestor of Phoenix Wright, as he solves cases at the turn of the 20th century. Travelling across the sea from Japan and Britain, Ryonuske will enlist the help of assistant Susato Mikotoba and renowned detective Herlock Sholmes (yes, really) to piece together clues on a variety of unsolved mysteries.

Along with exploring crime scenes to discover clues, Ryunosuke will need to inspect 3D models of crucial evidence, and even search witnesses alongside Sholmes to uncover new details to the cases they’re involved in. The court room has been overhauled too, with the player needing to convince individual members of a jury by pointing out contradictions in their viewpoints of the case. Also included are a selection of “Escapade” side missions which reportedly add over 50 hours of content to the game.

The expanded bundle will feature a selection of special options, including the ability to swap between both English and Japanese voice overs. Additional bonus features include outfit selection choices for the lead cast and art illustrations with commentary from the art director. Anyone who pre-orders the game will be eligible to receive the From the Vaults DLC pack which includes in-game illustrations and music options.

The Great Ace Attorney Chronicles will release for Nintendo Switch, PS4, and Steam on July 27.