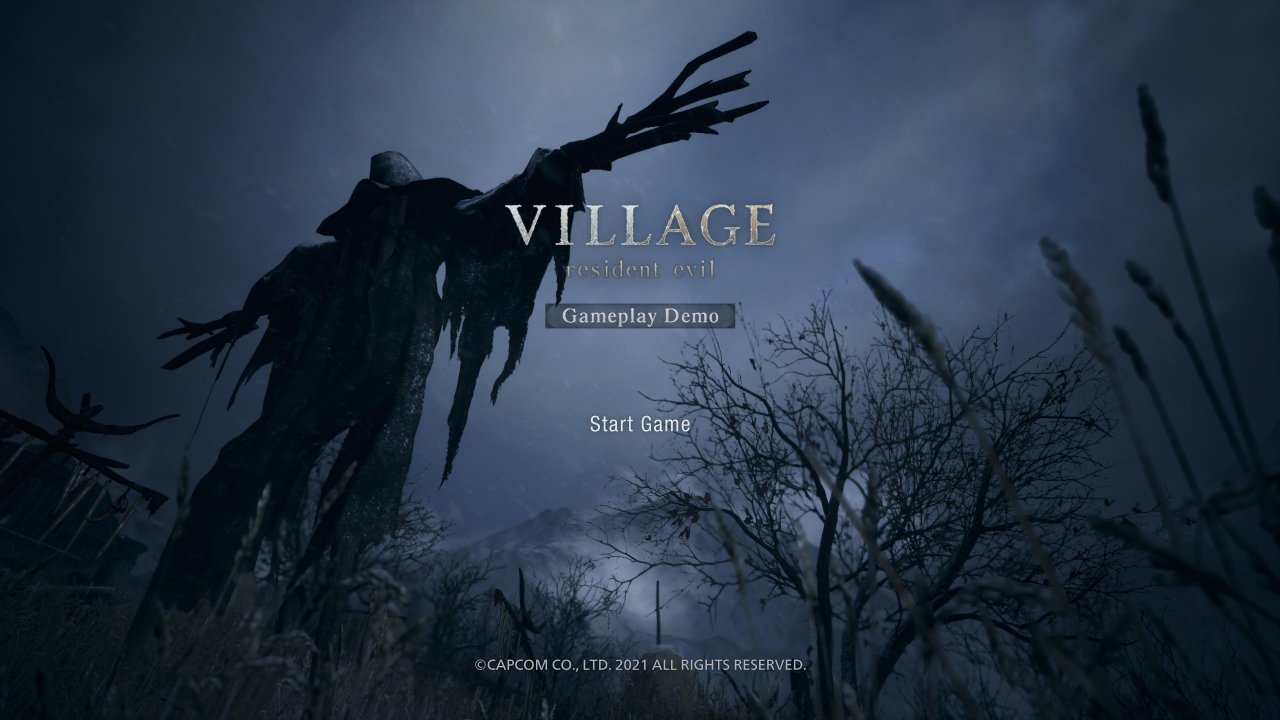 An hour isn’t a long time. But that’s all you’ll get when diving into each of Resident Evil Village’s demo segments early next month. As such, it pays to go in with a bit of foresight, courtesy of those of us who’ve played already on PlayStation. Below, we’ve highlighted all the tips and secrets we found for the Resident Evil Village demo, both in the Village and Castle segments.

We've now had the chance to explore both the Village and Castle in the Resident Evil Village demo. Both are well worth a play, though very different in style. The Village section is heavy on story and light on combat, while the Castle section lets you shop and take on ghouls in Dimitrescu's domain. We've rounded up the key tips to know before you play each below. The combined demo arrives on all platforms on May 1 or 2, depending on your region. The full demo schedule can be found here.

Resident Evil Village demo secrets and tips for the Village

Tip #1: You can finish the demo quite comfortably in half an hour. Our run through the Village demo took 25 minutes, and that was at a fairly leisurely pace. The extra time offered the chance to jump back into the starting and quickly dash around to look for any hidden treats. Unless you’re really scouring every single environment from top to bottom, you should be able to get through to the endwithout rushing.

Tip #2: There are a lot of cutscenes, but you can skip them.If you are looking to save some time for in-game exploration, this one is crucial. The cutscenes are impressive and we’d highly recommend watching them if it’s your only run through. However, if you’re only here to explore and find hidden details, skipping each and every one will free up a good 5-10 minutes for you.

Tip #3: Don’t miss the shotgun location. You can pick up a boomstick in the Resident Evil Village demo right after passing the church filled with a particularly exciting tease for the game’s future bosses. As you enter the corn field with a scarecrow (and some rather aggressive lycans), there’s a wooden house/shack on your left. Enter to find the shotgun with a single shell inside, along with a landmine. You’ll be able to grab more shotgun ammo once you’re inside Luiza’s house and things start getting a bit, uh, heated.

Tip #4: Look up for treasures (but you can’t spend them). In case it wasn’t obvious already, Village is taking a lot of inspiration from Resident Evil 4. That includes treasures and collectibles. There are several shiny trinkets scattered through the demo, and you’ll also have the chance to find a couple of goat collectibles too. As far as we can tell, finding these doesn’t unlock anything special, but it still feels good to track them down.

The simple rule is this: look up. The first village area features hanging birdcage-style baskets you can shoot down to obtain Rusted Scrap parts. The central statue featuring a woman with a sword and shield has a Crystal Fragment you can shoot resting in the goat's eye on the shield. Inside the church itself, a Crystal Fragment can be shot down from the goat carving above the shrine. In addition, when you encounter the lycans, taking them down will also net you a Herb, Gunpowder, and a Crystal Skull treasure piece.

Tip 5: Goat collectible locations. We’ve spotted three goats in the demo so far. The first is easily visible in the center of the opening village area, within a shrine warning you about destroying them. The second goat is on top of the church itself (the one with the shrine inside), and the third goat can be found to the left of the gate at the top of the scarecrow field with all the lycans in. You'll need to climb over the fence and walk around the back of the house here. There may be more, but we haven’t spotted them yet.

Tip 6: The locked gate/tomb. In the main sector of the village, you’ll probably have noticed a firmly locked gate in the graveyard area to the left, hiding an item inside the tomb. While this doesn’t appear to be accessible in the demo, swapping to photo mode makes it possible to adjust the view and brightness such that you can look inside (thanks to Gamesradar for the tip). The item is a gravestone fragment with the name Claudia written upon it. Clearly part of some kind of puzzle, but we'll have to wait for the full game to learn more.

Tip 7: Eva's grave. Explore the early graveyard thoroughly and you'll find one grave is actually readable. It's dedicated a girl named Eva who died at just ten years of age. Rather ominiously, it reads "May you slumber for only a short while." Could this be one of Mother Miranda's children that they're hoping to revive?

Tip 8: Flour stuns enemies. We're not so hot on our lycan allergies, but apparently flour is one of them in Resident Evil Village. Approach one of the piles of bags in the demo and the game will let you know that you can shoot it to create a cloud of cover. More importantly, it'll also stun any nearby enemies. This makes it much easier to line up a headshot or two on the otherwise quite evasive furry fiends. Lure then in, bust out the flour, then gun them down.

Resident Evil Village demo secrets and tips for the Castle

Tip 1: Don't rush. The Castle might seem intimidating, but it's shorter than the Village demo and you'll actually be left alone through the first half. As such, you should search rooms thoroughly to find useful items or read clues to the larger game's story.

Tip 2: Smash and grab with your knife for treasure. Treasures abound in Dimitrescu's domain, so make sure to explore carefully. The Crimson Glass in the first room can be grabbed for cash, and you'll find a Crystal Fragment in the glass cabinet to your left right after you gain the Maroon Eye ring and pass through the hidden door. Use your knife to smash it. In fact, you'll want to use your knife to smash all the vases you see in the castle, both big and small. Several include Lei to spend or resources to craft ammo.

Tip 3: Spend all your money with Duke. You'll find the Duke through the door opposite as you enter the room with the four winged statues. You won't meet him again beyond this point, so spend everything you've got here (you can grab a few more Lei from vases in the surrounding area before you head upstairs). He sells upgrades, crafting recipes, and even a certain weapon. Speaking of which...

Tip 4: Buy the shotgun and ammo. Seriously. Not only is it the most fun weapon to use in the demo (pipe bomb excluded), it'll also make taking on the ghouls in the dungeon much easier. They're a pain to hit with your pistol, and it doesn't pack much of a punch to begin with. A shotgun, however, will put them down in a blast or two.

Tip 5: Grab the pipe bomb. Once you're in the dungeon with the ghouls, try not to panic. Inside one of the cages close to the first ghouls you'll face is a pipe bomb. Don't forget to collect it and have some fun blowing up your enemies!

Tip 6: Ingrid, the Maiden. And finally, there are glimpses into a few locked off areas in the demo, but the only real secret is a hint toward the protagonist of the Maiden demo. Kill all the ghouls in the dungeon and one of them will drop Ingrid's necklace, which PS5 demo players will recognize from grabbing it there. This confirms that the ghouls in the dungeon are young maidens, drained of their blood for use in Dimitrescu's wine production. It almost makes you feel bad for shotgunning them in the face. Almost.

Those are all the Resident Evil Village secrets and tips we’ve identified so far. If you really want to get yourself spooked, consider playing the demo on Hardcore difficulty to see just how fast those lycans can move. The Castle demo section arrives this weekend, so we’ll update this list with any more hidden delights we spot then.