Inspired by Lady Dimitrescu, the big (big) bad from Resident Evil 8 Village, Stella Chuu shows you how to amp up your vampire looks. 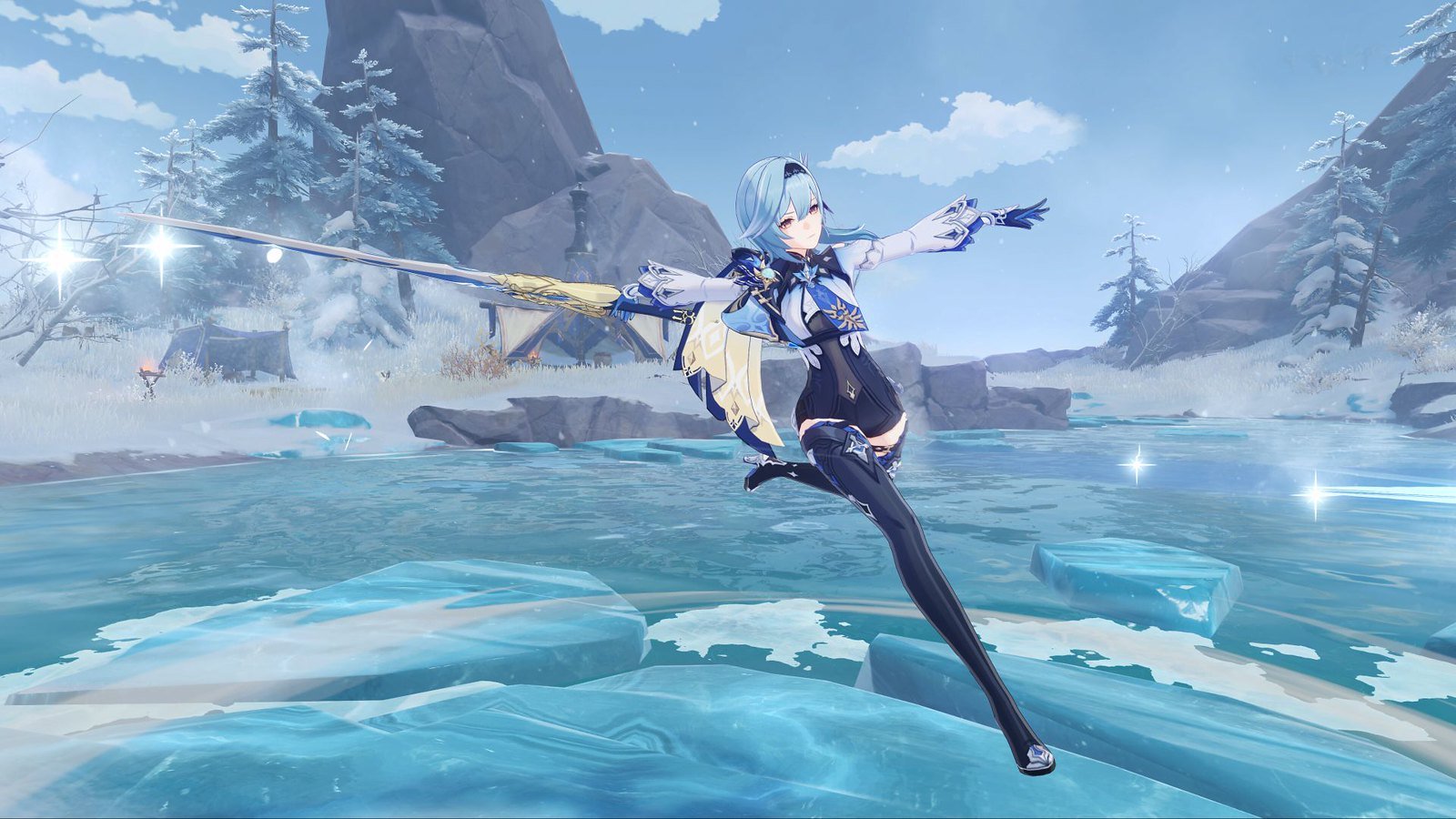 Our first look at the leaders of House Beneviento and Moreau in Resident Evil Village.

Genshin Impact's 1.5 update will arrive on April 28, bringing a PS5 version with 4K support, a new event and a new mode which will let you customize your own little village and home inside a teapot.

Beneath the Light of Jadeite will also bring two new characters, more bosses to battle against and make a number of quality of life changes to the massively popular free-to-start RPG.

The main storyline addition of the update will concern Zhongli and new character Eula, a 5-star cryo claymore wielder, and both will have their drop rates increased for the accompanying event banner.

"[Eula's] Elemental Skill, Icetide Vortex, increases her resistance to interruption and her DEF while dealing Cryo DMG," writes MiHoYo in the update blog. "Her Elemental Burst deals AoE Cryo DMG to nearby enemies and creates a Lightfall Sword that follows her around for a certain duration, increasing her resistance to interruption. By dealing damage, Eula charges the Lightfall Sword until it explodes at the end of its duration, dealing AoE Physical DMG."

The second character added in the update is Yanfei, a lawyer from Liyue who uses a catalyst to cast pyro magic. "The four-star Pyro-using catalyst-wielder generates Scarlet Seals with her Normal Attack, Elemental Skill, and Elemental Burst. Scarlet Seals provide a stackable buff that decreases Yanfei’s Stamina consumption and can be consumed to increase the power and range of her Charged Attacks."

In the storyline you'll be facing off against Azhdaha, Lord of Vishaps, a big rocky dragon hiding out underneath that weird dead tree in Liyue. There will also be another Hypostasis cube boss added to Dragonspine, a cryo one naturally, for you to farm some ascension materials from. Sadly this means you'll need to manage your Sheer Cold accumulation during battle as well.

More new enemies come in the form of a new Abyss elite, the Abyss Lector. Similar to the Abyss Herald added last update, this caster uses electro and hydro attacks to ruin your day, and also has an ability to leech elemental energy away from you.

When you're done battling there are new side activities to explore in Genshin Impact's 1.5 update, including your own little home inside a teapot. Madame Ping will give you the Serenitea Pot, which acts just like her adeptus domain hidden inside her own teapot. You'll be able to enter your own little realm inside the teapot and choose from three locations: Floating Abode, Emerald Peak or Cool Isle. Then you can make a small village with your home in it, and inside your home you'll be able to decorate with furniture. You can discover blueprints for furnishings through your travels in Teyvat. Or you can purchase them from a tiny pal hidden inside the realm called Tubby using Realm Currency. Realm Currency replenishes over time, like your Original Resin, and the more furniture you place inside the more currency you generate.

Are you looking forward to everything in Genshin Impact update 1.5? Who are you saving your primogems for?