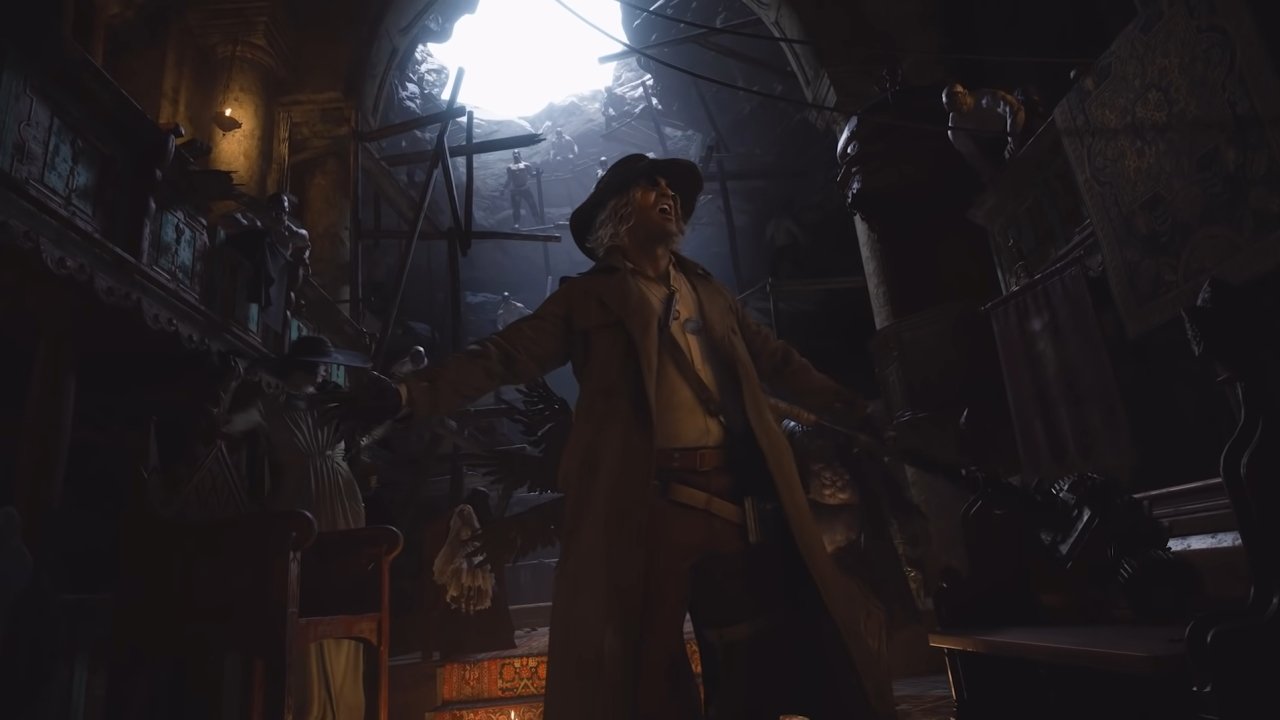 Honestly? We’re slavering worse than a zombie who’s just discovered a rookie S.T.A.R.S member in their mansion. Capcom dropped a new Resident Evil Showcase last night, unveiling a huge swathe of details for Resident Evil Village – including a gameplay demo – and brand new look at the animated Infinite Darkness series. We’ve rounded up all the trailers and key details below for anyone who missed the show live or wants a reminder of all the Resident Evil goodness that’s on the way soon.

And oh boy is it a good one. The latest story trailer for Resident Evil Village gives us more glimpses of villains Dimitrescu and Heisenberg, as well as some teases towards the final two houses which form Village’s main antagonists. Could the mysterious Mother Miranda be one of them? It looks like Ethan will be getting a particularly rough ride, tied up and tossed into the mines thanks to Heisenberg before he escapes to meet other survivors. There’s a lot to break down in the footage here – too much even for us to cover now, we’re afraid!

Capcom has finally divulged the details of the upcoming gameplay demo for Resident Evil Village, available on Xbox, PlayStation, PC, and Stadia. PS4 and PS5 owners can get a head start during two separate early access phases. Read the full details to know when you can jump in here.

Mercenaries is back in Resident Evil Village

Rumors of a replayable mode for Resident Evil Village have been bouncing around the web for the last month or so, and we now know that the time-trial Mercenaries mode will make its return in Village. The popular mode has cropped up in loads of Resident Evil titles including 4 and 5, but Village will be the first time we’ve seen it play out in first person.

It looks like the aim here will be to wipe out a number of enemies in a set area, hitting the goal point before the time limit runs out. As with previous Mercs modes, comboing enemy kills will increase your remaining time, as will smashing clock power ups scattered around the levels.

In between rounds, you’ll have the chance to visit The Duke’s shop to spend any Lei you’ve collected on purchasing supplies, weapons, and upgrades. Power-up Abilities can also be found in blue orbs around each stage. These offer permanent bonuses to Ethan for the duration of the run. Abilities grant effects like increased movement speed and guard defense, or boost your damage with certain weapons or over particular ranges. Choose the powers that benefit your choice of weapons or playstyle.

As if Village wasn't enough to be excited about, Resident Evil 4 is getting a VR port for the Oculus Quest 2. The the first-person version is being developed through a partnership between Capcom, Oculus Studios, and Armature Studio, and it looks like it'll have custom systems for handling the inventory and other controls. We get a look at Leon dual-wielding guns and knives in a range of environments throughout the game. Sadly it won't be available for previous Oculus headsets, but we'll get more details of how the Resident Evil 4 VR adaptation will work during next week's Oculus Gaming Showcase on April 21.

Resident Evil  is coming to Dead By Dead Daylight

Not content to stick within the confines of its own series, Resident Evil is also on its way to Dead By Daylight. The Dead By Daylight x Resident Evil 25th Anniversary crossover will see Capcom's series get a full new chapter in Behaviour's 4v1 multiplayer game. That means you can expect at least one killer and survivor from the Resident Evil series to appear in DBD. While a Tyrant or Wesker is more likely, we also wouldn't complain about Lady Dimitrescu popping up either. The chapter is due to arrive in June, with a in-dept reveal taking place for Dead By Daylight's fith anniversary on May 25th.

The animated Netflix series, Resident Evil: Infinite Darkness will release in July 2021. To celebrate the news, Capcom and Netflix unveiled the show’s first full trailer. Set two years after the events of Resident Evil 4, it follows Leon and Claire as a zombie outbreak takes place in the White House. The two seem to have drifted apart quite a bit, with Claire seemingly not impressed by Leon’s new role as a bodyguard.

For those who played Resident Evil 6, first of all, we’re sorry you had to experience that. But second, you’ll know that things don’t end well for the president and father of Resident Evil 4’s Ashley Graham. We don’t know if the presidential infection will take place in this show or if an older Ashley will pop up, but there’s certainly a chance given the showcase mentioned her by name.

And finally, in case you wanted to watch the entire showcase through, you'll find it embedded above. We've timestamped the start, but in case that doesn't work for you, the Resident Evil Showcase kicks off at roughly 29:50.

And that’s everything announced in the Resident Evil Showcase on April 15. Excited for Village or Resident Evil 4 VR? Share your passion in the comments section below. Head to our hub page for Village for all the information we’ve got so far on the new title.