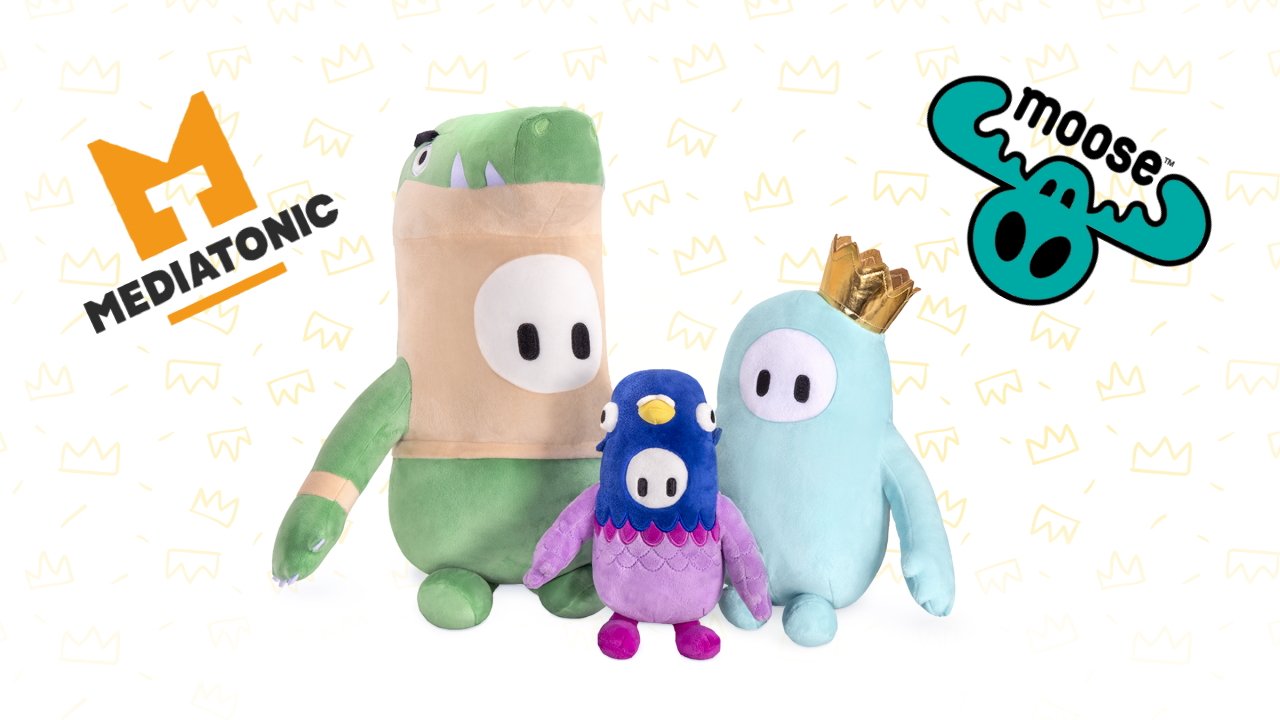 Fall Guys toys are becoming a reality thanks to a collaboration between former publisher Devolver Digital and Moose Toys.

Though Devolver no longer holds the publishing rights for Fall Guys (developer Mediatonic was snapped up by Epic Games back in March), the publisher has retained the rights to merchandise licensing. While a slightly confusing situation, it's allowed the new deal to be announced today. The collaboration promises to include a range of toys relating to the game. While plushies are undoubtedly the main attraction, Moose Toys has also stated that figurines and other collectibles will be included.

“We're delighted to see Fall Guys come to life in a physical form," said Mediatonic co-founder Dave Bailey in the press release. “The inspiration for our bumbling beans actually came from a vinyl toy created by one of our artists, so you can imagine how excited we are to bring Fall Guys from the screen into the realm of collectibles. We're honored that Moose Toys is helping us to create a fantastic range of toys and we hope our fans will love these real-life jelly beans just as much as we do.”

Moose Toys is no stranger to the gaming space, having previously partnered with Fortnite to produce the Battle Royale Collection of figures. So far we’ve only been shown three plush models for Fall Guys, with skins including a dinosaur, pigeon, and crown-toting clean bean.

“We are ’fall’ off our chairs excited and delighted to partner with Devolver Digital and Mediatonic,” Moose Toys senior director of global marketing Joe Smith said in the press release. “We are honored that Moose was chosen to feed the desire of the game’s worldwide fans to have the game brought to life in the form of toys and collectibles.”

So far we don’t know which regions the new Fall Guys toys will be available in, though a US release at the very least is expected. With Fall Guys toting hundreds of skins in-game, we’ll let you know as soon as we find out more about the planned toy selection and when they'll be made available.