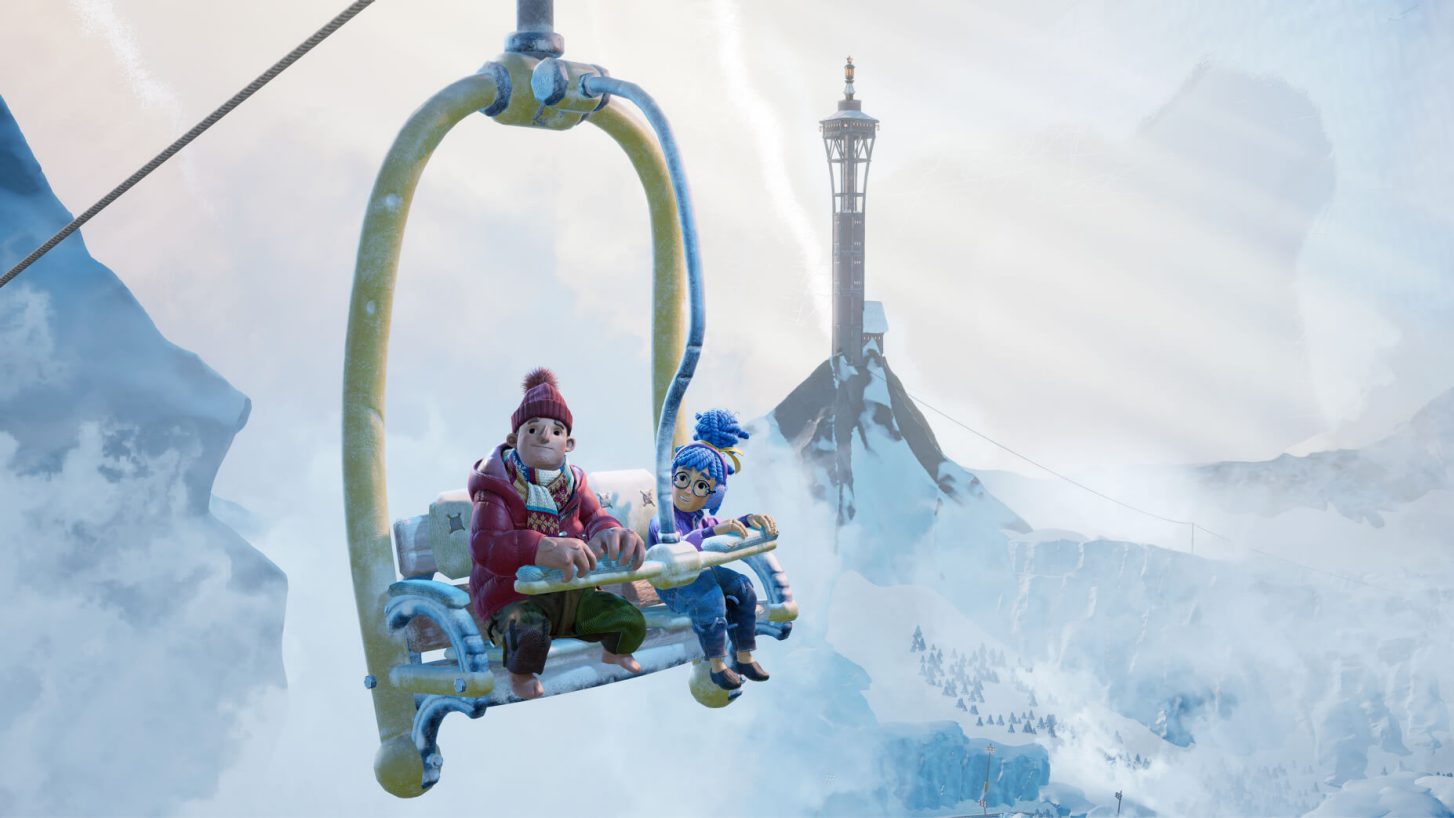 It Takes Two asks you to spend a day with someone you think you hate. An odd premise, sure, but Hazelight Studios’ latest title is far from your average cooperative adventure. Feeling unsure over being shrunk down and shunted off into a miniature-scale tale of love, comedy, and, at one point, intense horror? Below, we’ve rounded up four points highlighting just what makes It Takes Two such an eccentric and unique cooperative game.

Following the example developer Hazelight Games set with A Way Out, It Takes Two includes an extremely generous online co-op system based around a Friend’s Pass. Rather than force two of you to pick up the game separately, It Takes Two can be played in its entirety with just one copy.

So long as the two of you are playing on the same system platform (e.g. PS5 and PS4, or PC and PC – not cross-platform), only one of you needs to buy the game. The other can download a Friend’s Pass copy from the online store, then receive an invite from the game owner. The entire game is open to both players in this manner, making it as easy as possible to enjoy It Takes Two with pals far and wide. Further details on the Friend’s Pass can be found here.

That might sound pretty standard for co-op games, and if you’re playing in local, you probably won’t even notice. Depending on the distance between you and your partner, It Takes Two smartly swaps between a shared view and split-screen. The stylistic choice becomes apparent, however, when you hop online.

Stray from one another and you’ll find a full half of the screen dedicated to your gaming buddy’s viewpoint. It’s a bold design to make both players not just visible but equal at all times, and does buy into the narrative of the two never truly separating. While the smaller screen real estate does take some adjusting to, it makes things far easier to comprehend and allows you both to advise each other when working on some of the less conventional puzzles.

It Takes Two is, ostensibly, a third-person platformer. However, that doesn’t stop the game from  veering off into whatever genre it feels like on a whim. Flipping levers willy nilly, It Takes Two shifts tracks into 2D platforming, dungeon-crawling, and even arcade crane machines. We don’t want to spoil how the twists take place, but the game handles each jump brilliantly, making sure to pack in entertaining references and creative set pieces as it goes.

For many, this last point could well come as a negative. It Takes Two’s primary plot of a divorcing couple rediscovering their love for the sake of their daughter is questionable at best. However, it’s the implementation of things that really takes things to a bizarre level. If you’ve watched any of the game’s trailers, you’ll have likely already been introduced to Dr Hakim, aka the book of love.

One clip will serve as more than enough to know whether you’re going to love or utterly, utterly loathe (guess which camp we were in) every appearance of this hardbound source of humor. But things get weirder still beyond Hakim. We won’t go into any major spoilers, but It Takes Two’s plot bounces all over tonally. If you’re anything like us, it’s likely to make you horrified at times with the nonsensical (and in one scene borderline traumatic) schemes its two leads concoct to return to their true bodies. Still, there really aren’t any other co-op games we can think of in which a mustachioed book will dance and thrust its paragraph-packed pelvis towards you.

It Takes Two is available on PC, PS4, and Xbox One.