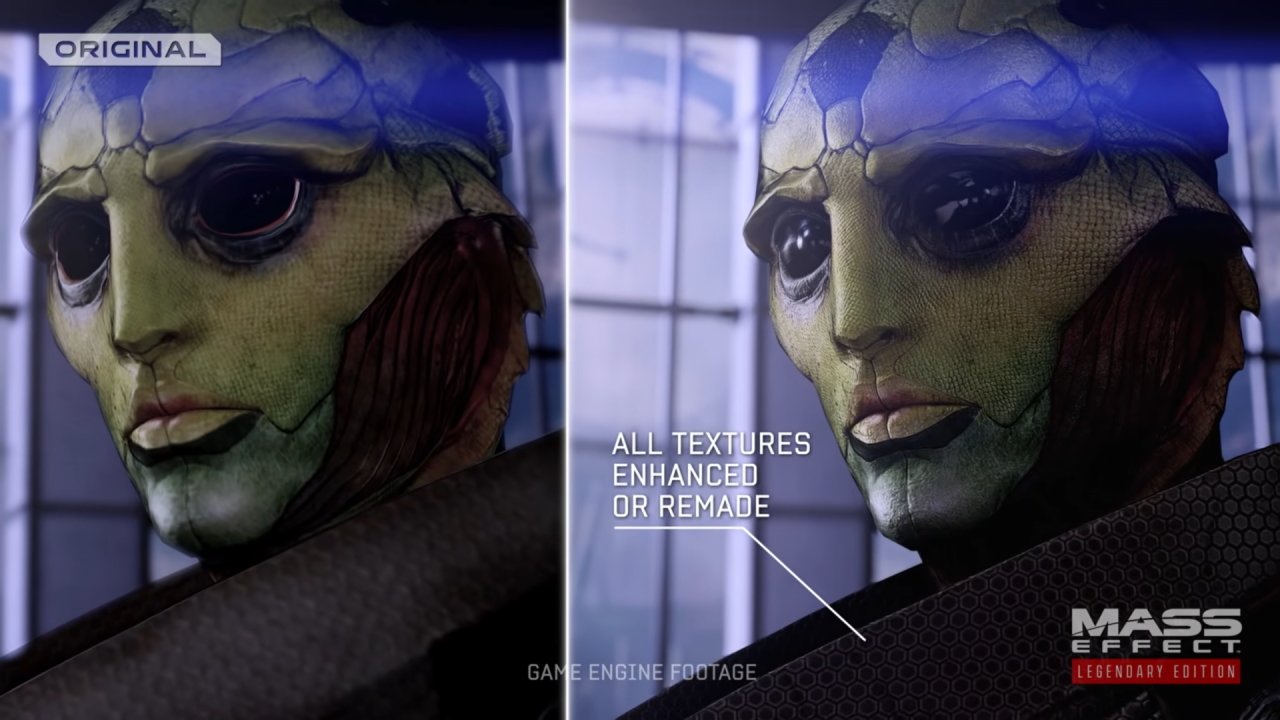 It was only last week that BioWare broke down the details of changes coming to the Mass Effect trilogy in the Legendary Edition remaster. However, while talk of new 4K resolutions is all very impressive, some of us are visual-based beings. Thankfully, a new trailer gives us a look at exactly just how much polish has been vigorously rubbed into the upcoming bundle’s surface.

The remastered comparison trailer offers us side-by-side looks at several of the game’s key locations, including the Citadel and several Mako-explored planets. In addition, we get to see plenty of our beloved companions touched up in their new models. Fans of Ashley, Thane, Liara, Garrus, and even Zaeed won’t be disappointed (though there’s a disappointing lack of Wrex, Shepard). Check it out below.

It’s not just textures that have been bumped up either. As the trailer notes, a whole host of post-effect improvements have been added. Worse like bokeh, subsurface scattering and tone mapping pop up, all of which should serve to deliver much more realistic lighting to the world. Underneath it all though, it’s clear that the visual style of the originals remains distinct.

In terms of gameplay changes in the Mass Effect: Legendary Edition remaster, BioWare has made most significant adjustments to the original. Gunfights have been made snappier, with improved accuracy and feedback to bring Mass Effect’s battle more in line with its sequels. Oh, and the Mako should now be much less of a mess. The full list of changes is available in a lengthy blog post.

If the new remastered comparison trailer has you ready to sign up for the Shepard show, you’ll be pleased to know that it’s now just one month until the full package arrives. The Legendary Edition packages all three games into one bundle, including all the DLC offerings available for each. Mass Effect: Legendary Edition launches May 14 on PC, PlayStation 4, and Xbox One, with targeted enhancements for the PlayStation 5 and Xbox Series X/S.