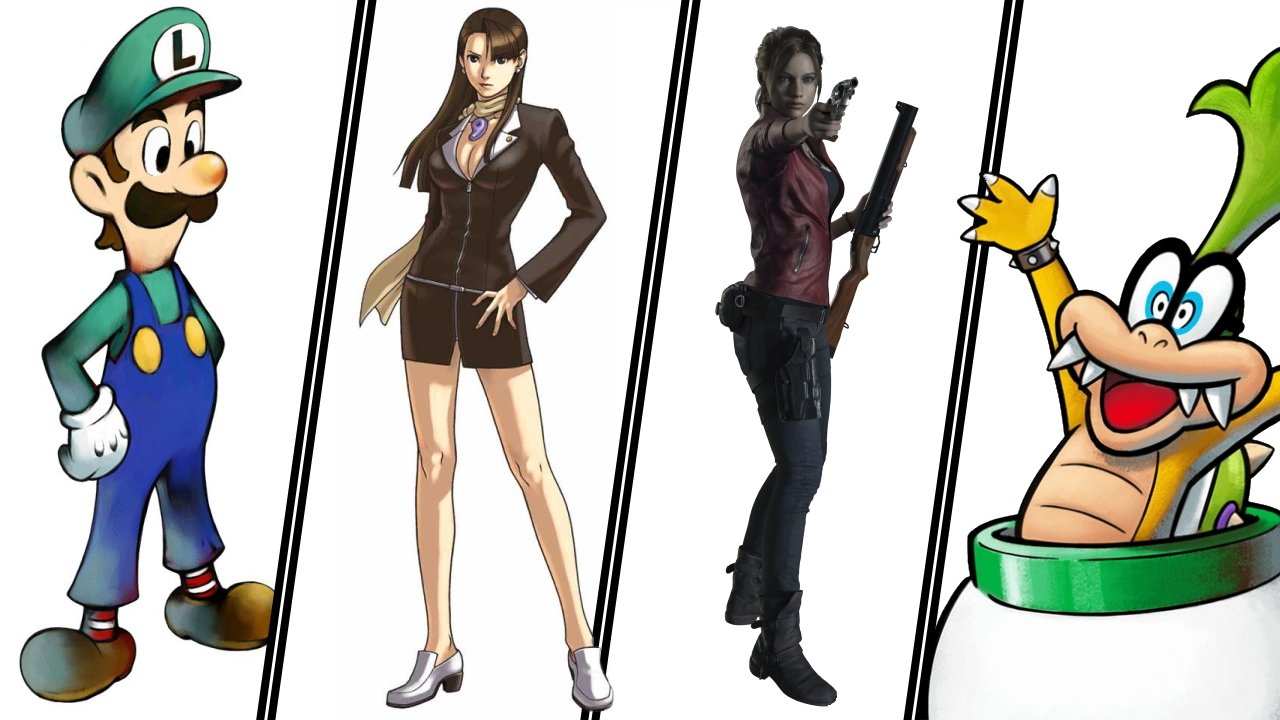 Unless you’re willing to travel between planets, there’s no practical way to outlevel your siblings in real life. Even the virtual world of video games – usually so keen to dodge roll past the rules of reality – knows that sibling hierarchies aren’t easy to change. Rivalries might form the mainstay of gaming’s brothers and sisters, but in the spirit of National Siblings Day we’ve rounded up the positive family partnerships in our favorite hobby. Below, you’ll find our picks for the best siblings in video games.

Ask anyone about Nathan Drake’s siblings prior to Uncharted 4 and you’d get little more than a joke about Lara Croft being a long-lost sister. Seemingly out of the blue, however, developer Naughty Dog decided to conjure up a brother for their trigger-happy adventurer when it came time for the fourth installment. And somehow, instead of being ridiculous, it was brilliant. Nathan and Sam’s relationship and long separation is the axle around which Uncharted 4’s entire story spins (careers wildly might be more appropriate), and it’s all but impossible not to find yourself grinning along as the two crack jokes and rediscover one another. Libertalia, pirates, and treasure are all well and good, but you’re going to need a heck of a brother to watch your back while out searching for them.

Life was never really fair on Luigi. As one of the most famous video game characters of all time, his brother Mario has ridden a wave of success that’s landed him race courses, spaceships, and the princess’ best baking efforts. Luigi could never really compete with that, could he? Yet bashful green brother never gave up and has, in his own time, braved haunted mansions and earned an entire year of dedication from fans (though if you ask us, the Year of Luigi never ended). To that end, the Mario Bros. are an inspiration to us all. Mario leads the charge with the nonchalant confidence of an eldest sibling, while Luigi conquers his own insecurities to accomplish mighty goals in his own right. No matter the color of your cap, your accomplishments are valued.

When a zombie apocalypse comes calling, it pays to have a badass protagonist in the bloodline. With S.T.A.R.S. member Chris Redfield’s melon-smuggling biceps flexing on the family tree, you’d probably think your zombie problem sorted. That wasn’t good enough for Claire, however, who stepped up in Resident Evil 2 to track down her missing bro in the ravaged mess of Raccoon City. Both siblings have conquered equally terrifying challenges, be it a gigantic boulder for the punching or a boulder-sized person who’s hellbent on punching you – that’d be Mr. X, by the way. The two haven't often had the chance to team up, but that's largely just because they're both so competent on their own. Seriously zombies, we really don’t know why you keep trying.

Sean and Daniel - Life is Strange 2

Sometimes siblings need to serve as more than just another human to grow up alongside. In Life is Strange 2, elder brother Sean is forced into the role of guardian and guide for the younger Daniel as they flee across the continent – a task made all the more difficult thanks to Daniel’s awakening power of telekinesis. Your choices can have a great impact on the fate of both brothers, but their connection and support for one another remains emotionally powerful throughout.

Does an alternate-reality version of you count as a sibling? Such questions are, thankfully, far above our pay grade, but we have to admire the positivity with which quantum physicists Rosalind and Robert Lutece approached being stuck across all of space and time. Rather than give into despair, the two twins (of a sort) spent the rest of their time playing messing with protagonist Booker DeWitt and placing bets with one another as they worked to send Elizabeth back to her original time. Reality-jumping or now, you’ve got to hand it to any familial connection that can survive an eternity together.

The death of a sibling is usually an unspeakably tragic event. But when you’re a psychic medium capable of communing with the dead? Well, that changes things. After Mia’s life as a lawyer and Phoenix Wright’s mentor is cut uncomfortably short, it’s up to younger sister Maya to take up the family tradition. Working as Phoenix Wright’s assistant, she’s capable of interfacing with Maya’s spirit directly, even allowing her to possess her body briefly for some snappy chats with a flustered Phoenix. Honestly, we doubt he’d solve any of these cases without the Fayes tagging along, so they're more than deserving of a place in our list of the best video game siblings.

Sibling and twins are so often marked as rivals in video games, especially when it comes to training in ancient, combative orders like the Assassins. In Assassin Creed’s lone-dog life, Evie and Jacob’s chummy relationship was therefore a breath of fresh air. The last breath of London’s Templar infestation, as it happened. Jacob’s care-free aspirations were kept on course by the more tactically-minded Evie, making them the perfect partnership. Whenever Assassin’s Creed Syndicate wasn’t bugging out by sending horses flying across the city, that is.

It’s not entirely clear if the Koopalings are actually siblings, but there are such clear ties in place here that we didn’t feel comfortable leaving them off the list. After all, the Koopalings are the ultimate family unit. Each one has its own distinct style, and they all give each other time to shine in individual boss fights. It’s clear that they organize and arrange together as a group, too. If one of them is making an appearance in a game like Mario Kart, you can be sure they’ll only have signed up alongside all six of their siblings. They earn those appearance fees together or not all, and we can respect that.

While not the best remembered pair of siblings in gaming, Juno and Vela exhibit all the qualities of good twins, despite the unnerving size of their eyes. After losing their parents early in their childhoods, the two stuck together to become the lynchpin of the galaxy's premier law enforcement agency Jet Force. Then they took revenge on the space pirates that made them orphans with a cybernetically enhanced wardog and weapons that perhaps a pair of 16-year-olds shouldn't have access to. Rare's lesser loved game was still full of that latent 90s energy that made N64 games so vibrant, and a lot of that comes through this buddy cop comedy set in space with a pair of twin leads doing their best for each other, and the galaxy. You can relive the charm with a set of DLC costumes in Minecraft on Xbox now, thanks to the power of corporate licensing deals.

If you know of any other brilliant video game siblings, drop a message with your picks in the comments section below.