Booting Mario 35 off the servers, PAC-MAN 99 arrives to all NSO subscribers later today. 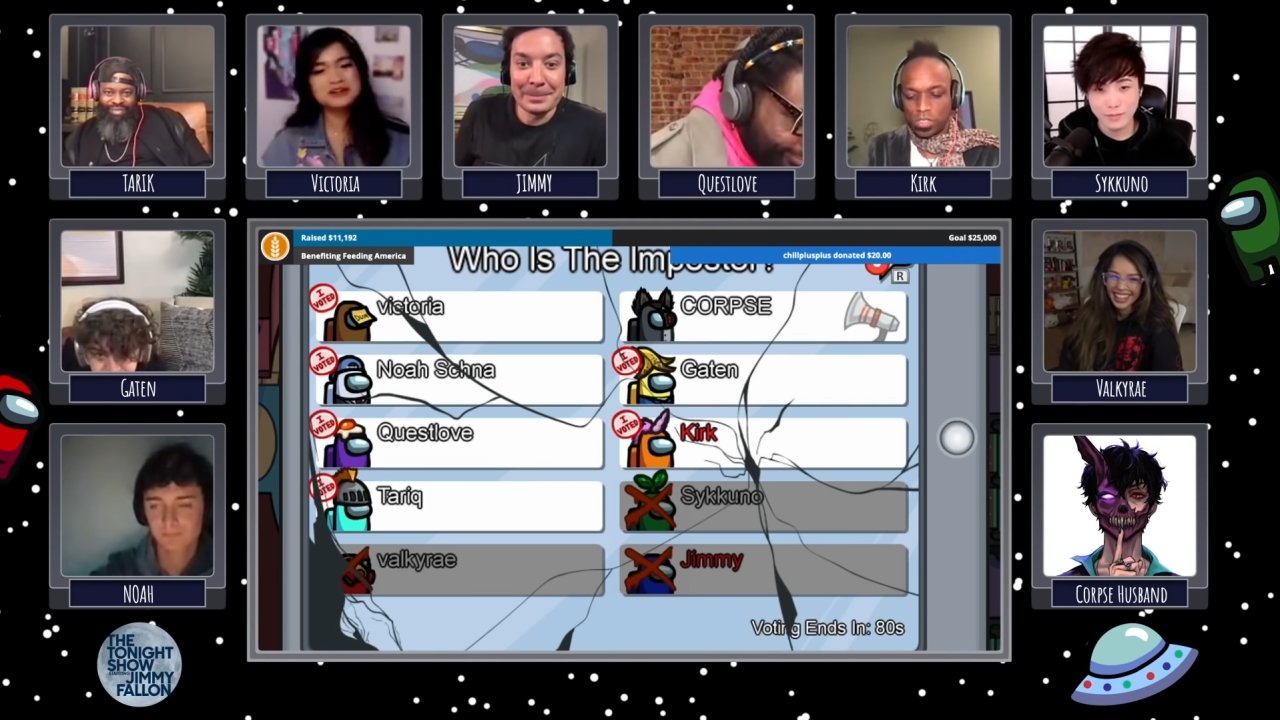 Jimmy Fallon's first Among Us stream raised thousands for charity

Learn the maximum number of minions your lair can support in Evil Genius 2.

Jimmy Fallon, TV comedian and host of the Tonight Show, hosted an Among Us Twitch stream last night to raise money for charity.

Fallon was joined by a range of celebrities, including actors, musicians, and streamers. Gaten Matarazzo and Noah Schnapp from the cast of Stranger Things hopped on, alongside musicians Ahmir Thompson,  Kirk Douglas, and Tariq Trotter from the Roots. The crew was filled out with a few more experienced Among Us players including streamers Valkyrae, Sykkuno, and Corpse Husband, as well as Among Us developer InnerSloth’s community director Victoria Tran.

The special event was put together in order to raise money for Feeding America, a US-based hunger-relief charity which supports food banks across the nation to end hunger. The stream had raised over $18,00 during its short (and chaotic) run time, with the Tonight Show Twitter account later noting that the target of $25k had been reached after Fallon donated the remaining total. The full Jimmy Fallon Among Us stream has been uploaded to the The Tonight Show YouTube channel, and we’ve embedded the video below.

For those used to Among Us’ usual structure, things didn’t quite play out as standard. With Jimmy and most of the non-gaming celebrities fresh to Among Us, the crew bent the rules a little to make for a more entertaining show. Talking was allowed throughout, and with half the cast not even sure how to go about completing their tasks, even ghosts got involved with chats regarding suspected Imposters.

Things didn’t exactly go smoothly for Fallon, who was killed off within seconds of the first game starting. He got his shot at revenge as Imposter part way through the show, though once again it wasn’t quite a smooth performance as he eliminated Sykkuno directly in front of Corpse Husband and was promptly voted off the ship.

Community Director Victoria Tran and streamer Valkyrae closed out the night with a villainous victor for the imposters on Among Us’ brand new Airship map before Fallon thanked everyone for taking part and donating. If you’d still like to donate, you can head over to the Feeding America website and click the Donate button in the top right.