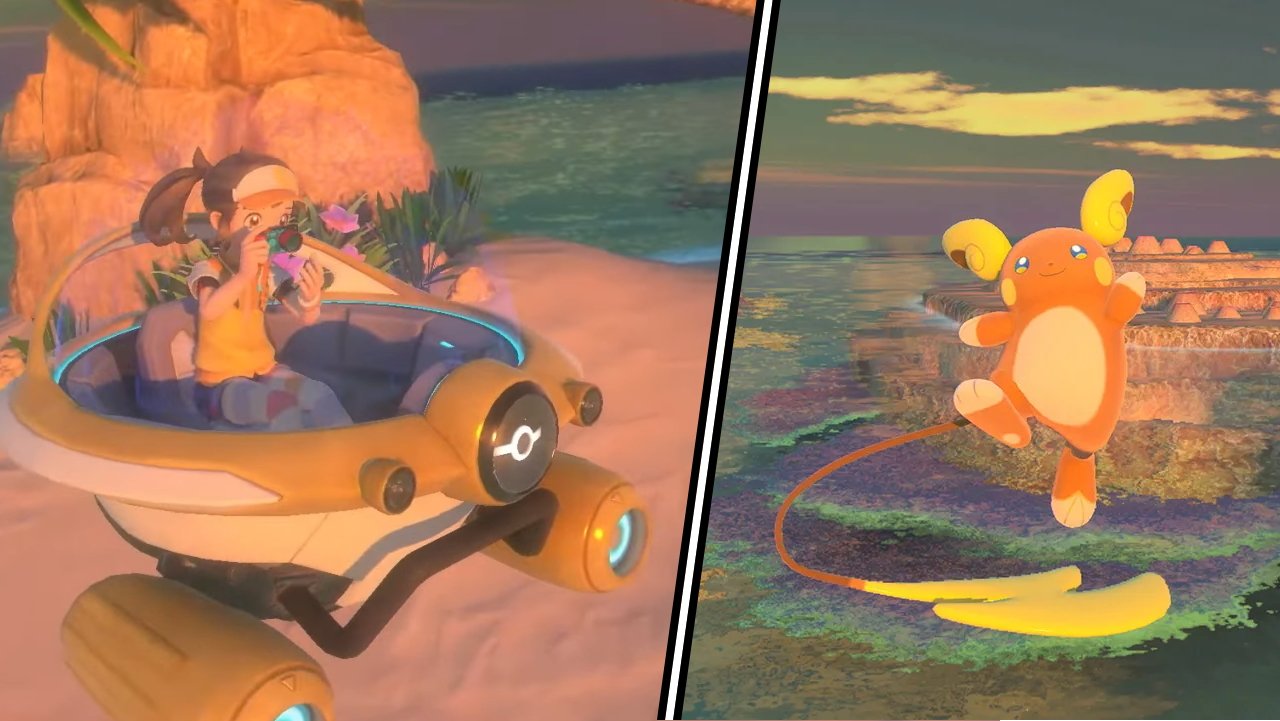 New Pokemon Snap: Everything we know so far

Make sure you’re dressed snappily, because the cameras are already on their way. New Pokemon Snap is due to release on April 30, inviting us to tour the luscious Lental region and capture images of its many Pokemon. Below, we’ve rounded up all the available details about New Pokemon Snap so far to get you prepared for your photography safari.

New Pokemon Snap releases April 30 on the Nintendo Switch. Only one edition of the game is being made available, costing $59.99 in the US, and £49.99 in the UK. However, if you pre-order the game via the Nintendo website (or through certain retailers), your copy will arrive with a collection of New Pokemon Snap stickers on a double-sided sheet. Pictures include a variety of creatures you can capture images of in-game.

A select few US retailers are also offering some additional pre-order bonuses, including a double-sided poster at GameStop, and a Magnetic photo frame at Target. Other retailers may include these or other items as they announce deals closer to launch. Right now, there are no in-game pre-order bonuses planned for New Pokemon Snap.

New Pokemon Snap is set in the Lental region, a new and unique area specific to the game. Lentil is an archipelago featuring islands with unique ecosystems and inhabitants. We don’t know how many islands are available just yet, but expect to travel through jungles, beaches, deserts, and even underwater as you line up those perfect photographs.

This is no holiday, though. You’ve been sent to the Lental region to help Professor Mirror at the Laboratory of Ecology and Natural Sciences. Mirror is joined by his assistant Rita, along with a young boy researcher named Phil.

If you missed out on the original Pokemon Snap (and given it released to the Nintendo 64 in 1999, we can hardly blame you), you might not be used to how the game works. Far from a traditional Pokemon adventure, New Pokemon Snap sees you taking a safari ride in the NEO-ONE vehicle, aiming to capture photographs of Pokemon behaviours around you as you go. A hybrid machine capable of travelling across both land and water, the NEO-ONE will carry you past all the key sights and sounds of each island. While you will be fixed to a strict path, you’ll be able to choose different routes as you pass through each level if you interact with your environment correctly.

Speaking of interactions, you’ll be doing far more than just grabbing photos on each safari. The aim is to obtain rare and valuable photos of Pokemon behaviour, and that means encouraging them to eat and interact. You can throw food such as Fluffruit out to most Pokemon, granting a chance to take a snap as they feed.

Any photos you capture will be rated by Professor Mirror on a four-star scale. The rarer the behaviour exhibited, the higher the rating. As you research regions, Pokemon will begin to exhibit more complex and uncommon behaviours. Provided you’re quick enough with your lens, your job is to capture them! Photos are added to your Photodex, with one savable at each star rating.

A fresh mechanic in New Pokemon Snap is the option to play a melody to nearby Pokemon. We don’t know how deep these interactions will go but the most recent trailer shows A Hoothoot singing and spinning in response.

In addition to food and tunes, you also have a supply of Illumina orbs to use on each run. When thrown towards a Pokemon, they’ll light up, glowing in an impressive manner. Certain creatures will exhibit special responses to Illumina orbs such as changing the color of their attacks.

There's also the option to head out during the day or at night. Certain Pokemon will only appear at specific times of day, and you might find that others interact different depending on when you give them a visit.

We’ve come a long way since 1999, especially when it comes to social media. As such, New Pokemon Snap will offer the option to edit and share any photos you capture. Factors like brightness and blur can be adjusted, and a range of stickers and borders can also be added.

Once you’re happy with your image, you can share it online using Nintendo Switch Online membership. You can also hop online to browser submissions by other users. If you see any you like, awarding Sweet! Medals will let them know how much you’re a fan.

Which Pokemon are in New Pokemon Snap?

Nintendo has confirmed that over 200 Pokemon will feature in New Pokemon Snap. Based on the footage shown, these will span across all generations and regions. That means you can expect a range spanning from Gen 1’s Venusaur all the way up to Gen 8’s Scorbunny. We can’t confirm if your favorite Pokemon will be included, but there certainly won’t be a shortage of creatures to capture with your lens.