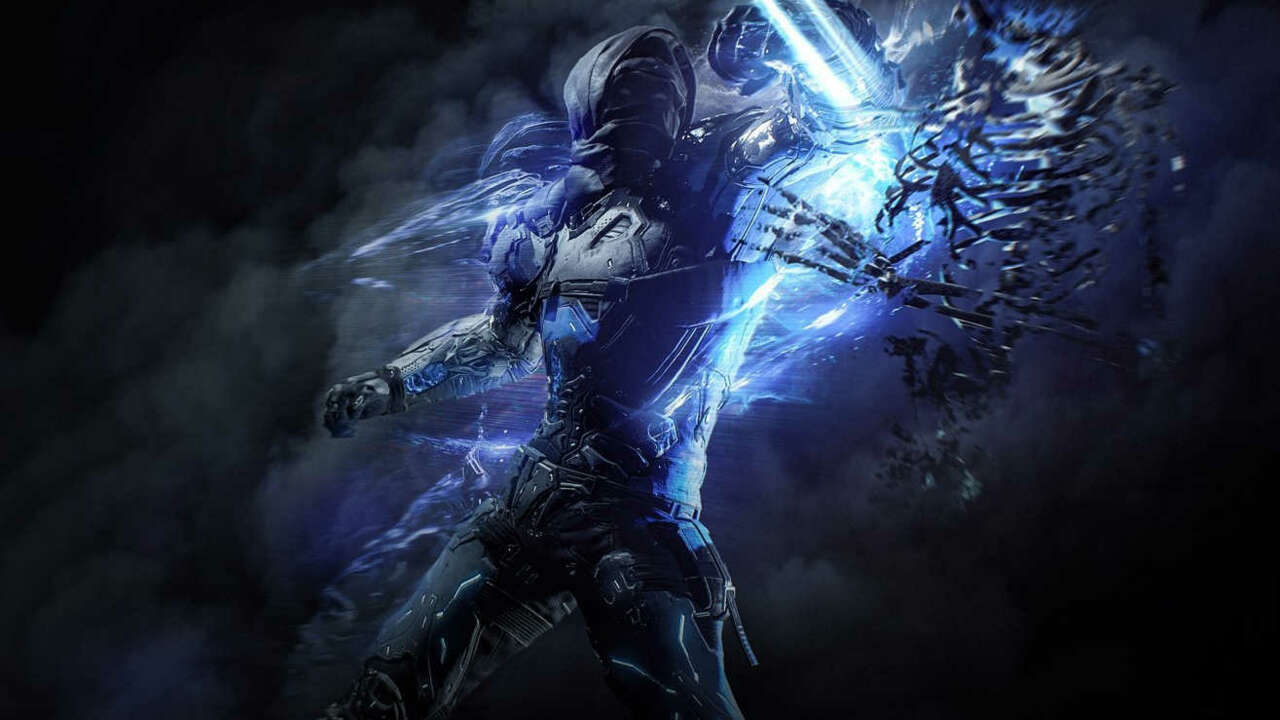 If you've been diving into Outriders over the weekend you may have fallen into a little trap the designers have laid for you. Those waist-high walls dotted everywhere aren't actually for hiding behind.

Well, technically they are, especially when you get into a particularly bad spot and your tank buddy is having too much fun sailing into the air to Goomba stomp on enemies instead of drawing their fire. But as you might be able to tell from your buddy's maniacal laughs, the game is at its best when you completely avoid cover.

At first glance, and perhaps for your first few hours of gameplay, you'd be forgiven for mistaking Outriders for Ubisoft's similar gear-grinding third-person tactical shooter The Division. However, where Tom Clancy wants you hunkered down and yelling positions to your team mates, People Can Fly want you out there putting boots to skulls.

The Polish studio are perhaps best known as the developers of Bulletstorm (despite their central involvement with a little-known base defence game called Fortnite: Save The World) which was probably the most aggressively creative shooter of the 2010s. The entire game was full of interactions between weapons, the environment, and your absurdly powerful leg booting enemies into each.

Everything combined to get you out into the thick of battle, trying out ridiculous combos of whips, launchers and sawblade slingers to make you feel like an overpowered menace to the grunts you were grinding through. Creative kills using combinations of weapons and the environment earned you points to buy weapon upgrades. The only downside to dampen your spree was that damage healed over time when you got out of harms way, getting behind cover. This is where Outriders picks up the torch, despite the lesser focus on cartoonish cactus impalement and its slightly more cerebral mechanics.

The true joy of Outriders is mastering each class's distinct health recovery mechanics. While some get a big, tasty HP bump from slicing enemies in half, others get more gradual or situational recoveries. Learning how to manipulate a battle (including kiting enemies around until they're in just the right line formation for a big Pyro flamewall) is the special sauce that makes the game something more than just a shlooter clone.

Pyro players can mark multiple enemies with their firey skills before selecting one of out a crowd to be given the gift of spontaneous combustion. Whenever anyone marked by your skills dies, you get a 25% health boost. So just three unlucky grunts staggering around on fire while their soon-to-be-former pal turns into a big grenade right next to them will give you a full heal. The only problem with this run-and-gun gameplay is when you get to boss fights which consist only of a single enemy, but even here it isn't a simple battle against a bullet sponge.

Your skills can be used for interrupting certain Altered's abilities before they get a chance to cast them, so being smart about which skills you throw out at the right time can turn any boss battle into a chess match. You don't have to hide behind cover and plink away at a health bar. In fact, most bosses have attack patterns geared around punishing this approach. One of the first bosses in the game, a sparky electric man guarding a solar tower, will simply summon a big lighting ball exactly where you're standing. If that's behind a wall then that wall is no longer safe to stand behind.

Other boss-type enemies, including a captain early on in a side mission, will summon a flaming tornado to follow you around the arena. Just slowly enough to give you a bit of respite behind a wall if you haven't gone fully savage on your health recovery mechanic yet, but still constantly menacing, like the monster in It Follows. If you can discover exactly how to master your HP recovery, and time your abilities for each evolving situation, you'll barely ever have time to stop and smell the smoking remains of your enemies. You'll be having too much fun.