The PS Plus April games include a brand new release and plenty of zombies. 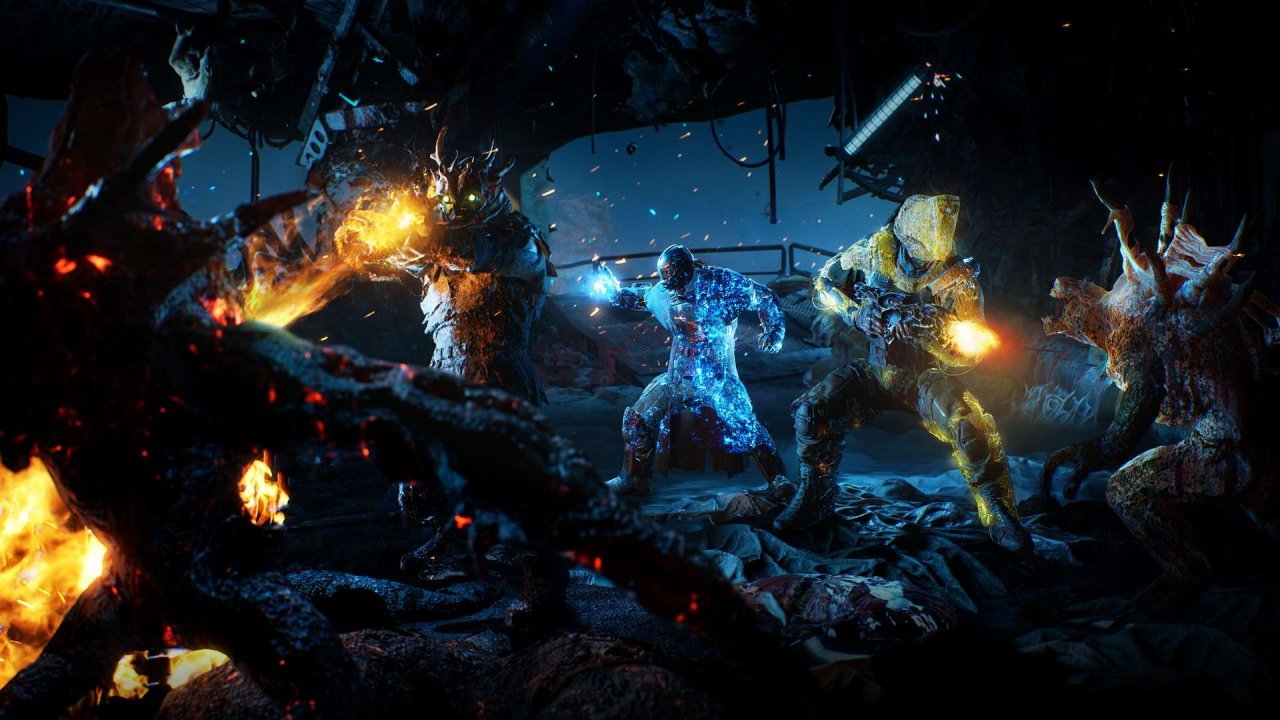 Which Outriders class to choose based on your playstyle

Don't be fooled this year, these are the terrible pranks game makers are pulling on us.

We’re still not entirely sure what an Outrider is. Fortunately, that doesn’t matter when it comes to knowing which class to pick in Outriders. Whether you’re after the powers of earth, fire, time, or, er, tech, will depend largely on what sort of playstyle you’d like your Altered to have. If you’re still undecided, we’ve put together a few key details on each of Outrider’s four classes to help you make up your mind.

Which class to choose in Outriders

Below, we've broken down the key details on each of Outriders' four classes, letting you know the class traits, their healing mechanic, and the styles of play their suited to. We'll also recommend which sorts of weapons you should be equipping when playing as them.

Now, we suspect that many hot-headed folks will launch straight into Outriders and think “ooh fire!” before immediately picking the Pyromancer. Fortunately, this class is pretty much your all-round combat grunt. Capable of fighting up close and at a distance, the Pyromancer dishes out direct damage and can sustain itself through a range of feisty powers.

Speaking of which, picking this class unlocks abilities such as unleashing a travelling wall of flame, boosting your magazine with flaming bullets, and transforming one foe into an explosive thermal bomb. As a Pyromancer, you’ll heal whenever an enemy marked by your skills in the last 15 seconds dies. Which is a very polite way of saying that you feed off burning someone to a crisp. Almost all your cooldowns are short, meaning you can spread your marks far and wide to ensure you’re always gobbling up crispy nuggets of health.

Wreathed in flames, it’s tempting to get up close and personal, but the Pyromancer is more than capable of dislodging entrenched enemies at a distance. Powers like Heatwave and Feed the Flames will strike enemies in cover, so let your friends dive forward while you unload bullets and firestorms from behind. So long as your enemies are burning, you’ll still heal if someone else secures the kill.

Pyromancer is the most flexible class available, so it makes sense to dedicate one of your slots to an assault rifle or LMG. A sniper or shotgun can serve as a solid secondary, provided you tailor your skills to match.

To summarize the Pyromancer is a great choice for those looking to:

We’re not convinced that Spacetime is a useful description for any class other than college lectures on relativity. But then again, if you’re the sort of player who thinks they’re smarter than everyone else, the Trickster is probably for you. Pick this class and you’ll be capable of instantly teleporting behind enemies before delivering an anomaly-powered slice to the back.

Class effects are centered around generating shields and slowing enemies, but your real strength is moving through the fight quickly. The Trickster unlocks a range of exit and entry tools, allowing you to hop quickly into or out of enemy hot spots. They’re also a lot tankier than you’d expect. Each close-range kill will not only heal you, but provide a portion of shield as well.

The obscenely powerful Slow Trap ability will leave foes wading through time as thick as  treacle, granting you and any allies the chance to safely unload powers and weapons upon anyone caught within. There’s a pretty cool bullet-time effect as the bubble wears off, but try not to get distracted.

We’d recommend equipping the Trickster with a close-range choice such as an SMG or Shotgun, and a medium-to-long-range tool like an Assault Rifle for when you need to back off and recharge.

In short, pick the Trickster if you’d like to:

To be honest, if our friends gained control over fire and teleportation, we’d be pretty disappointed if our superpower turns out to be some fancy grenades and a turret. Don’t let reality hold you back from picking the Technomancer, however, as in the right team, this support-class Outrider will comfortably outgun the rest. The Technomancer’s whole deal is tossing out gear from a safe distance, including a powerful turret which freezes or poisons foes, a proximity grenade that’ll detonate when anything strays too close, and a missile platform that lays down a barrage from afar.

While its healing option is the most versatile – granting a portion of all damage dealt back as health – the Technomancer lacks any get-off-me tools when swarmed. As such, it’s a poor choice for anyone planning to blitz through Outriders on their lonesome. Buddied up with a pal, however, the Technomancer shines through increased long-range damage and improved leech healing. Your turrets will open up the space allies need to go ham in safety, with you overseeing everything from the back lines.

As the Technomancer features several weapon-boosting skills, we recommend equipping a meaty LMG for most fights. Pair that with a sniper rifle and you’ll be able to dish out just as much damage as your flashier pals without needing to get your hands dirty.

Opt for the Technomancer if you want to:

Planning to go it alone in Outriders? Devastator is probably the class we’d suggest. Essentially the game’s tank, the Devastator gains increased health and armor, and is capable of encasing itself in a rock-hard shell, massively reducing damage for a short time. It’s a heck of a power trip, but don’t get too carried away or you’ll be looking very sorry when that mud armor sloughs off right as you reach the enemy captain.

Your job as the Devastator is to close the distance, ideally with as many guns pointed at you as possible. Snipers may be lethal to your feeble pals, but with several inches of carapace strapped on, they’re little more than a nuisance to you. Drawing everyone’s fire gives your teammates time to close in and unleash their powers without being shredded to ribbons, but you’re not just doing it for their benefit; enemies killed in close proximity will grant you a beefy chunk of health, too.

Class abilities center on boosting defense and inflicting bleed. Along with the obvious armor, the Devastator’s toolkit includes several sneaky tricks to save you from death. Gravity Leap is a great ability for crowd control, but it also stops enemies from targeting you for a brief moment. The cooldown is tiny if you don’t complete the strike, allowing you to use it regularly to heal or dodge attacks. Hiding as a floating pile of rocks might not seem very noble, but neither is bleeding out in the dirt. It’s your choice, really.

The Devastator is all about dealing damage up close, so stock up on shotguns and SMGs unless you’re playing solo and forced to fight from afar.

To summarize, pick the Devastator if you’re planning to:

View our Outriders skills list for a full breakdown of all the abilities each class can unlock.

So, now that you know our thoughts, which class are you going to pick, Outrider? Let us know your choice down in the comments below. For more Outriders guides, head to our hub page and have a browse.