Thankfully, US-levels of chaos aren't quite on the cards this time. 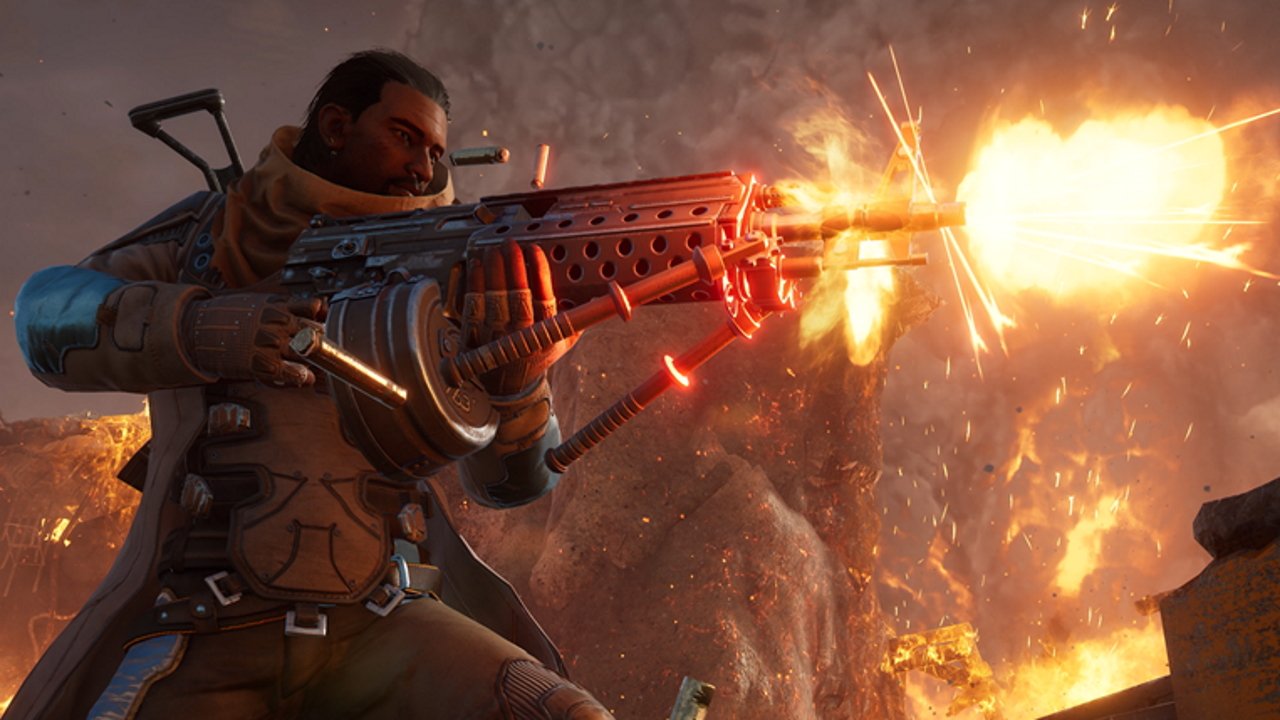 How to play with friends in Outriders

Learn how to play Outriders crossplay and co-op online, as well as the max party size available.

Heading out into an alien planet is a dangerous business, whether you’re fighting humans or monstrous beasts. As such, it pays to keep your health topped up by learning how to heal in Outriders.

Each class in Outriders uses its own healing mechanic, but all four share the same base system. If your health is knocked down far enough, it’ll automatically heal up to a minimum point whenever you’re outside of combat. This minimum is clearly visible as a notch on your health bar (roughly one third of the maximum), but you’ll need to avoid being shot for a couple of seconds before you begin healing. You’ll also heal up to full whenever you pass through a cutscene sequence or fast travel across the map.

Beyond that, however, each of the four classes has its own, unique way to heal in Outriders. These are based on damage, kills, and range of combat, so we’ve broken down each of them by class below.

Pyromancers heal any time a character marked by their abilities in the last 15 seconds is killed. All Pyromancer abilities cast upon enemies will inflict the Marked status for 15 seconds. If an enemy unit is killed while Marked, the Pyromancer will recover 24% of their maximum health. As such, the Pyromancer excels when marking as many enemies as possible before starting shooting.

The Technomancer is healed by a portion of any damage dealt. By default, the Technomancer leeches 15% of all Skill and Weapon damage, but the class also benefits from a wider range of Leech upgrades through skill trees and armor. Because the Technomancer also deals increased damage at long ranges, the healing effect is boosted further when fighting from afar.

The Devastator heals through all close-range kills. Any time a nearby enemy is slain, the Devastator gains 24% of their maximum health. The class also benefits from 15% additional maximum health and a 30% boost to armor, making them tougher than any of the other classes, and capable of healing far more than most.

In short, you need to be aggressive to heal in Outriders, so focus on taking down the weaker enemies around you if you’re running low. When fighting against tougher enemies like Captains or bosses, it’s usually best to keep some grunts alive so that you can kill them to restore your health if needed. For more Outriders guides, check out our hub page before you head into the wilds.