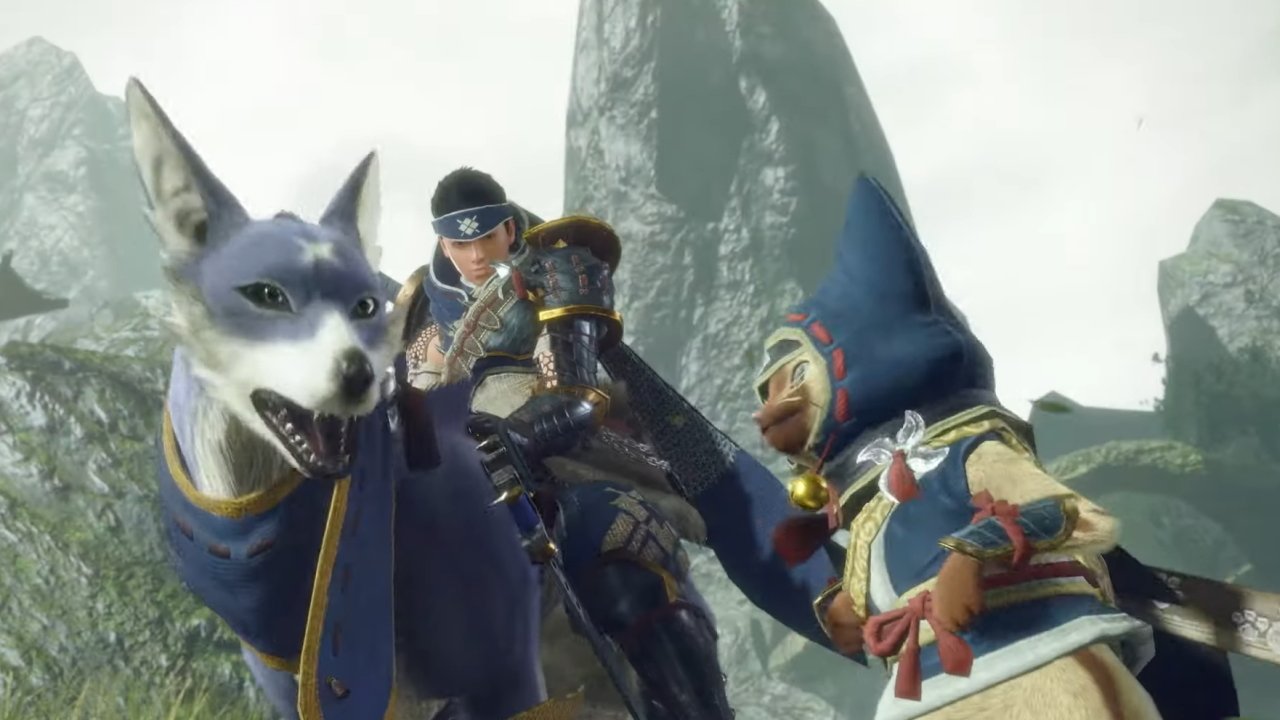 Monster Hunter Rise may be a Nintendo Switch exclusive, but it’s still very much a mainline entry in the series. The followup to World brings several new monsters to fight, as well as delectable new mechanics and features that’ll prove most tempting for series stalwarts. If you’re looking to discover what’s new in Monster Hunter Rise, we’ve rounded up the biggest changes and additions below.

Let’s start off with the friendly faces, shall we? Palamutes are your new best pals in Monster Hunter Rise, though maybe don’t say that in earshot of your Palico bros. Brand new canine buddies, Palamutes serve as mounts to get you across the world without draining any stamina. You’ll even be able to use items and collect resources while riding. In combat, they’ll do their best to sync up attacks with you, providing support and a helpful dose of damage. Can you pet them? Of course you can! We can’t believe you’re even asking that question.

The biggest new mechanical addition in Monster Hunter Rise is the Wirebug. This mobility tool sees your hunter toss out a tiny glowing creature before swinging or pulling upon it using a glowing string. Using a Wirebug leap will send you soaring into the sky, while a Wirebug dash will boost you directly forward. Both uses consume one charge which will refill over a short period of time. By holding Zl, you can activate a Wirebug dash leap with X, a Wirebug dash along the ground with A, or free-aim your direction for a boost using ZR.

Using Wirebugs repeatedly allows hunters to travel through the environment with more freedom than in any other Monster Hunter game. Wiredashing into a wall will activate a wall run, and you can even hold A while in the air to hang from your Wirebug silk for a few seconds, granting extra time to line up your next move. Get smacked down in the middle of combat? Zl + B will perform a Wirefall, allowing you to recover to a safer location.

Wirebug dashes have obvious uses in battle, as they enable every weapon to unleash an aerial strikes at will. However, Silkbind attacks are a much more direct combat use. Silkbind strikes are unique to each weapon, available only while your weapons are drawn. These can be activated using Zl + X/A, or R + X/A for ranged weapons. Each attack consumes one Wirebug charge. You’ll need to practice with each weapon to discover the best use for them, but Silkbind attacks are vital to master Monster Hunter Rise’s combat.

Monster Hunter Rise’s Wirebugs also enable the ability to mount and ride monsters. Stagger a creature before approaching and you’ll be given the option to mount it, harnessing the beast using your Silkbinding. While riding a monster, you can freely roam around the map, strike forwards using light and heavy attacks, and even dodge. To damage the mounted creature, you can launch it forward by pressing Y. If it strikes a wall or another monster, it’ll take heavy damage.

Wyvern Riding only lasts for a short duration, with any damage your monster deals or takes increasing or reducing the remaining time, respectively. Manage to fill up the Wyvern Riding gauge at the bottom of the screen during that time and you can unleash a Mounted Punisher for massive damage. Each Monster’s Mounter Punisher is unique, so practice riding a range to discover all of their uses in combat.

While we all have favorite beasts to battle, half the fun of a new Monster Hunter title is in discovering the fresh, snarling creatures it introduces. Here are all the new monsters we know of so far in Monster Hunter Rise.

Leading the charge to meet our blades this time is the mighty Magnamalo, Monster Hunter Rise’s primary antagonist. This imposing Fanged Wyvern is the source of a historic rampage event which saw monsters attack humans en masse fifty years prior, and you can bet he’s raring to go for a second round.

Magnamalo isn’t alone, however, as there are several other new beasts in the wilds surrounding Kamura village. Here’s the full list of new monsters joining the series with Rise:

A quick word of warning: If you don’t want any spoilers for the game’s (brief) story or features, you’ll probably want to stop reading here.

An unusual change of pace for the series comes in the new Rampage quests. At several points throughout the story, you’ll be tasked with defending Kamura Village from waves of assaulting monsters. Playable solo or in teams, you’ll need to shore up the defenses by taking command of ballistae, cannons, and more to take down the oncoming hordes. Some monsters will focus on barricades, while others will target hunters directly. Managing your defenses to handle each threat is crucial.

You’ll be able to choose where you set up defences, and can enlist the help of key characters such as Maidens Minoto and Hinoa during these battles. The aim is to fend off the waves and, eventually, take down the mighty Magnamalo itself. Unfortunately, early reviews have highlighted Rampages as the game’s weakest sections, but they should serve as brief bouts of chaotic fun if you need a break from traditional hunts.

And those are all the major new features and creatures in Monster Hunter Rise. What’s your favorite change? Let us know down in the comments below. More new creatures are on the way in post-launch updates, so Monster Hunter fans have plenty to look forward to in the months ahead.