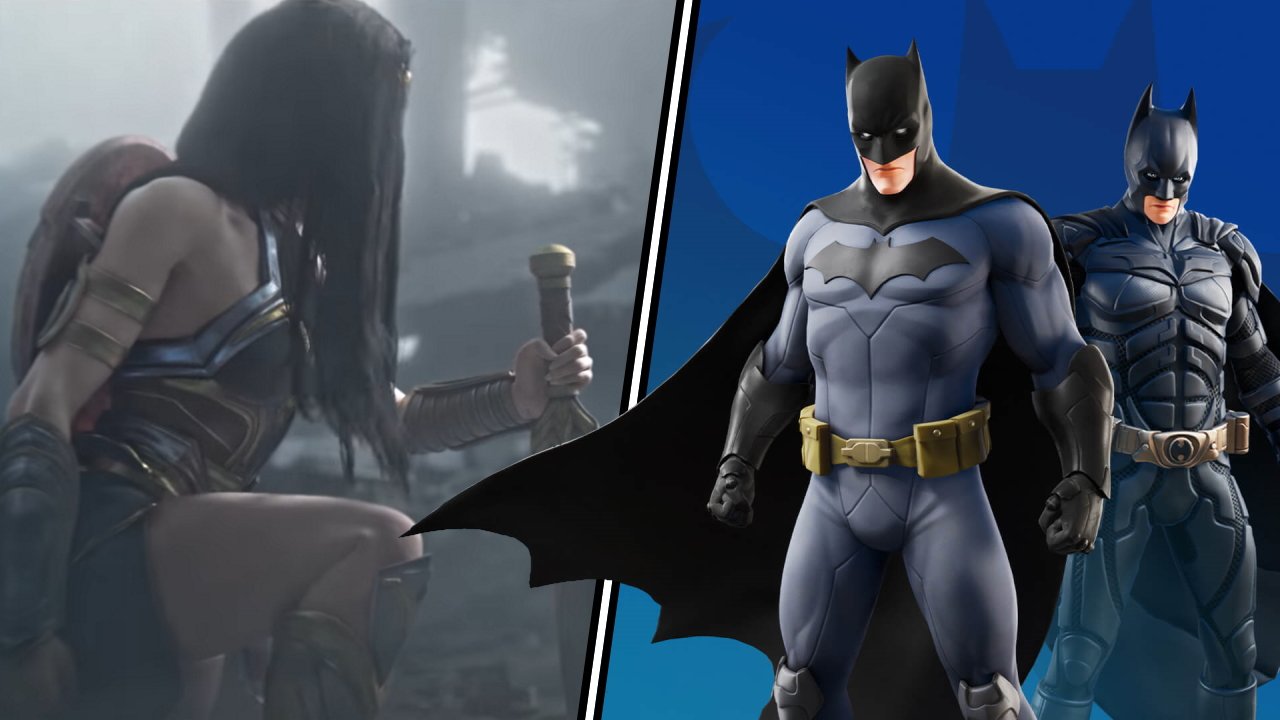 OK, we’ll admit it: we haven’t actually found a solid four hours to watch the Snyder cut for Justice League. But that’s only because we’ve been spending so much time enjoying Superman and the rest of the crew in video game form instead. It turns out there are plenty of excellent video games featuring the Justice League out there, and each of them is capable of devouring far more hours ofyour life than the recent cinematic showpiece. Whether you’ve seen the movie or not, these are our picks for the best video games to play if you’re after a Justice League fix.

Now, before you stalk into the comments in a grumpier mood than Batman on his birthday, yes, many of the games below aren’t specifically Justice League games. Instead, we’ve chosen to highlight some of the best video games featuring members of the Justice League or other DC stars. Save that anger for the villains you’re about to face, because we're too busy enjoying ourselves in the games below!

The Injustice fighting games are what happens when you actually put effort into video game adaptations of popular franchises. Created by NetherRealm Studios, the experienced team behind the Mortal Kombat franchise, Injustice 2 is up there with the best fighting games in the business, whether you’re looking for casual punch ups or serious competition. It isn’t just for multiplayer, either. The story is excellent, continuing the original’s Superman-goes-bad plot which has splintered the allegiances of DC’s heroes and villains alike. Alternatively, consider picking up the newer Mortal Kombat 11 for a bloodier, more adult affair which features The Joker as part of its Kombat Pack 1 DLC.

Dimensional Ink’ massively multiplayer online RPG has been going strong since 2011 and continues to receive updates to this day. If you’ve yet to give it a try, DC Universe Online is still well worth a look, even if the visuals and gameplay feel a touch dated by modern standards. Taken under the wing of your chosen Justice League member or equivalent supervillain you’ll learn the ropes of hero or villainhood before jumping into online missions and public events as you power up to help fight against or assist an impending invasion by Braniac.

Available on PC, PS4, and Xbox One, DC Universe Online also recently released on Nintendo Switch. It’s free to jump in and check the game out but you could also choose to wait, as the developers are reportedly working on a next-generation MMORPG which could well deliver a second dose of supes.

No, really. Over the years, Fortnite has basically transformed itself from a battle royale shooter into a space to feature every single franchise under the sun. Marvel may have taken the early spaces, but DC characters have also made the jump too, including Batman, Catwoman, Harley Quinn, and Teen Titan’s Raven. An official Fortnite x Batman comic miniseries has been confirmed for April, meaning further collaboration the billionaire vigilante and battle royale realm is on the way soon. Batman doesn’t typically use guns, but we’re sure he’d make an exception when offered the chance to line up a shot on Thor’s helmeted dome.

The caped crusader has a long history of flirting with the video game world, but few games have done him justice quite like the Arkham titles. The series’ combat system is so satisfyingly punchy that countless video games since have aped it. All the entries are worth a look, so we’d recommend starting right from the beginning with 2009’s Arkham Asylum if possible. The sequel, Arkham City, introduced Catwoman as a second lead character, with her whips and flips offering an agile contrast to Batman’s meaty strikes.

Tired of playing nice all the time? Enjoy a well-earned break dishing out mayhem by picking up Lego DC Supervillains. Suitable for all ages, it features a massive roster of recognizable baddies to play as. After the Justice League vanishes, the villains unexpectedly have to team up to defend Earth from a new threat, though that doesn’t mean they have to be nice about things. When most modern DC media is concerned with maintaining a grim and gritty front, Lego DC Supervillains is a wonderfully vibrant spot of R&R.

If you’re looking to plan your DC gaming calendar of the future, Suicide Squad: Kill the Justice League should definitely be on your radar. Developed by Rocksteady, it’s a four-player co-op title that sees Harley Quinn’s famous criminal crew given the seemingly impossible task of taking down Earth’s mightiest heroes. Or perhaps that should be ex-heroes, given they’ve all gone rogue and are destroying cities and lives at an uncontrollable rate. It’s coming to PS5, Xbox Series X/S, and PC in 2022, so expect to see more of the game in the year ahead.

If that doesn’t sate your co-op cravings, Gotham Knights is another upcoming title well worth considering. Set in an open-world version of Gotham City, it’s up to the Batman family to stop various criminals as they target the city and its inhabitants. While you won’t play as the Justice League themselves, DC superhero fans won’t want to miss the opportunity to play as Batgirl, Nightwing, Red Hood, and Robin. It’s due to release in 2022 on PS4, Xbox One, PS5, Xbox Series X/S, and PC.

Know of any other quality Justice League video games? Share them with us in the comments section down below.