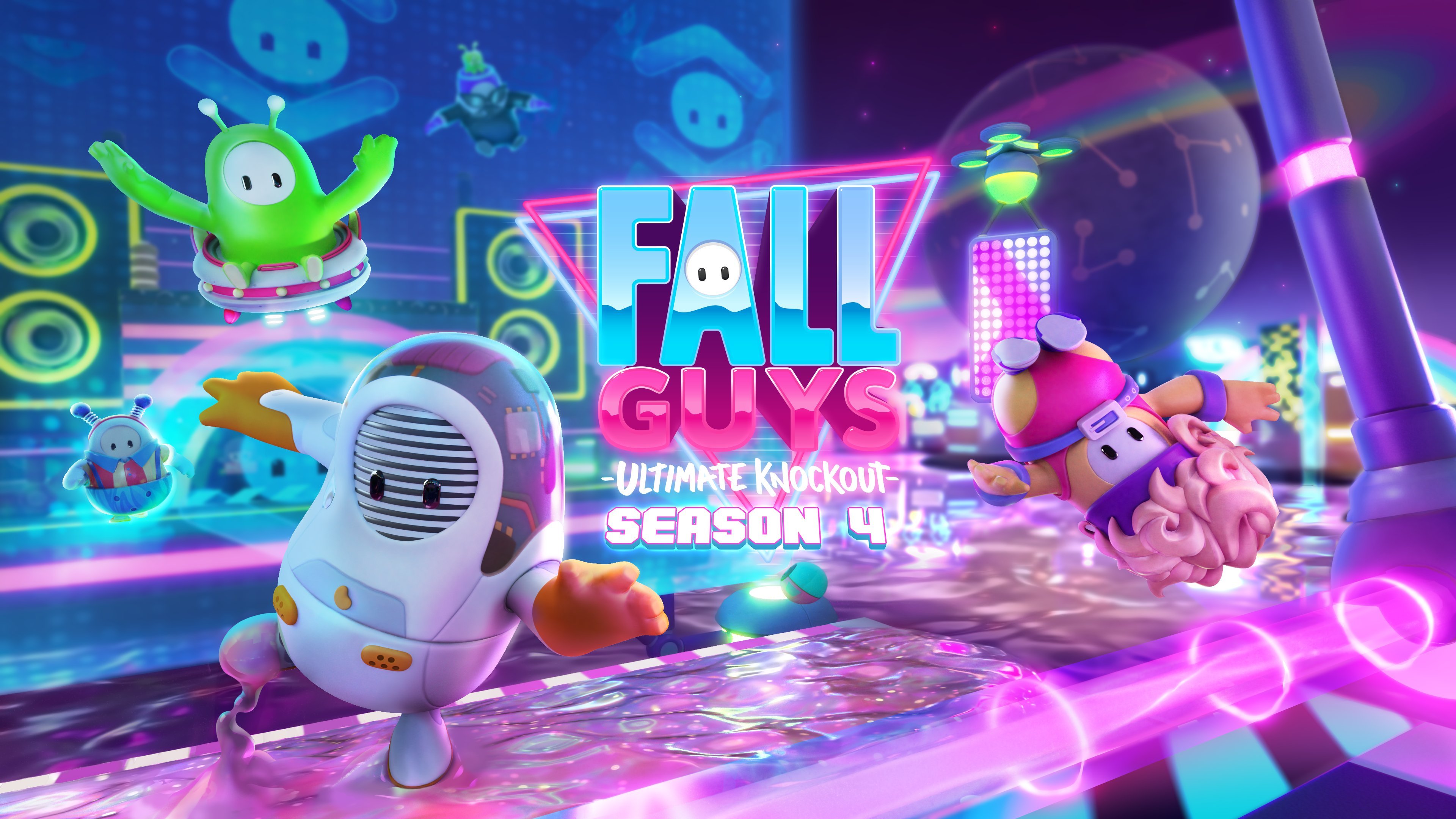 Fall guys Season 4 arrives today, delivering our hordes of bean-folk into a future dripping with neon colors. If you’re eager to know all the details, we’ve rounded up the available information on new levels in Fall Guys Season 4, the full patch notes, details on Squad Modes, and more below. Prepare to enter Fall Guys 4041!

With the frosty holidays finally shoved out by the rising sun of spring, Fall Guys is looking ahead. Very far ahead indeed. Fall Guys Season 4 travels all the way to the distant future of the bean-people’s world, and includes seven new levels to enjoy. Here’s what we know about each of them.

Get a sneak peek at all the new Fall Guys Season 4 levels in this Twitter thread.

A brand new addition in Fall Guys Season 4 is squads mode, which sees you win and lose as a team of four. Instead of racing solo and forcing your less-fortunate pals to spectate you, Squads Mode encourages the entire team to work together, with success contingent on everyone’s qualifying positions. Developer Mediatonic has crafted brand new versions of the game’s classic modes to fit teams, so here’s how they work straight from the horse’s bean-filled mouth.

Final rounds in Squad Mode will play out as normal, but your entire team earns the win if any of you survive. That means it’s fair game to disrupt the other teams as much as possible!

Another new addition to Fall Guys Season 4 is Daily Challenges. Each day will offer a new set of tasks to fulfill, earning you bundles of Fame and Crown Shards as a reward! And before you ask what the heck a Crown Shard is, earning 60 of this new resource will convert them into a glistening new Crown to spend.

As usual, Season 4 will also include a new Fame path to work through, along with plenty of new skins to buy from the store. We've seen so many new looks already that we really can't cover them all here. What we do know, however, is that the Among Us Fall Guys skin will be part of the Fame path, unlocking the bottom at Level 21, and the top at Level 26.

Below you’ll find the full Fall Guys Season 4 patch notes, as shared by Mediatonic. There are a huge number of bug fixes included, with several that aim to make beans more sturdy and less likely to end up tumbling or falling down unexpectedly. The Fall Guys of the future are tougher folk, it would seem.

Squads Mode has been added to the game, including two new round types:

Crown shards are earned through Squads Mode and Daily Challenges. Collect 60 to earn a full Crown. Your Crown Shards balance can be checked in the Show Selector screen

Challenges will refresh each day, offering rewards of Fame and Crown Shards for completion.

And that’s everything we know about the Fall Guys Season 4 new levels, patch notes, and fresh features. The update is expected to go live shortly, so prepare yourself to dive into those new daily challenges!