The price and look of all the new Valorant Infantry skins, including the M1 Garand Guardian. 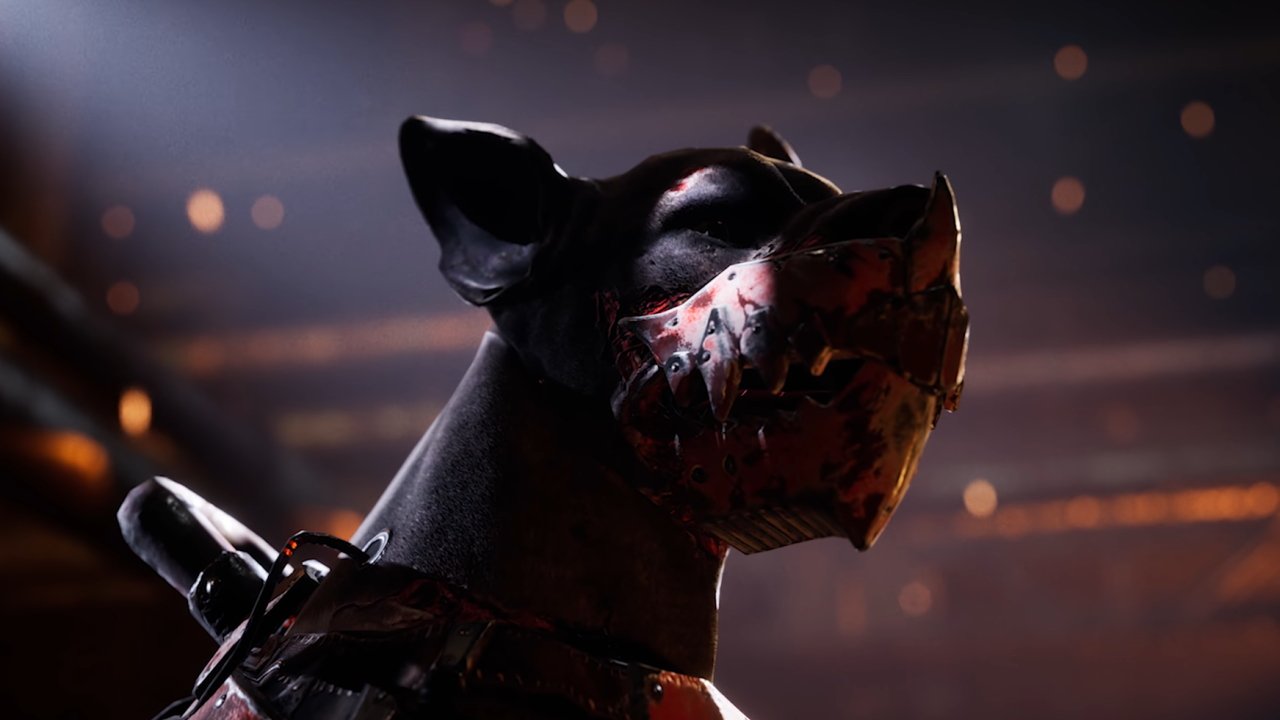 Described as a “bombastic, violent FPS”, Necromunda: Hired Gun is based in the towering metropolis which shares the game’s name. Overflowing with brutally violent gangs, the dystopian cityscape of Necromunda is ripe ground for bounty hunters. Successful contracts means money in the bank, money you can spend on plugging your body with powerups to enhance your slaying skills further. It’s being developed by StreumOn Studio, who previously worked on Space Hulk: Deathwing.

As unexpected announcements go, it’s a pretty exciting one. Check out the reveal trailer for Necromunda: Hired Gun below.

The gameplay trailer gives us a look at the fluid movement we’ll have access to in the game, including Titanfall-style wall running and a wrist-mounted grappling hook. Combat environments look similar in style to Doom, with arenas featuring plenty of verticality to leap around as you dodge incoming fire, unload your own shots in return, and get up close and personal for melee takedowns.

“Necromunda: Hired Gun is fast-paced and brutal, giving you endless options on how to engage your enemies,” the game description reads. “Wall-run, double-jump, use your wrist-mounted grappling hook to rush towards, disarm, or avoid enemies - and that’s before your upgrades. Everything from your brain to your legs to your pet dog can be enhanced as you gather money from your contracts.”

Speaking of that pet dog, your canine companion is much more than a friendly face to joining you on missions. A cyber-mastiff, your dog ally is capable of killing enemies almost as efficiently as you, and will watch your back as you zip around punching and gunning goons.

Necromunda: Hired Gun is set to release on June 1, 2021 for PlayStation 4, PlayStation 5, Xbox One, Xbox Series X/S, and PC. Anyone who pre-orders will be able to unlock some exclusive cosmetics including a knife, revolver, outfit, and dog’s chew toy.