Fortnite's new Hunter's Cloak can help you turn wildlife to your team. 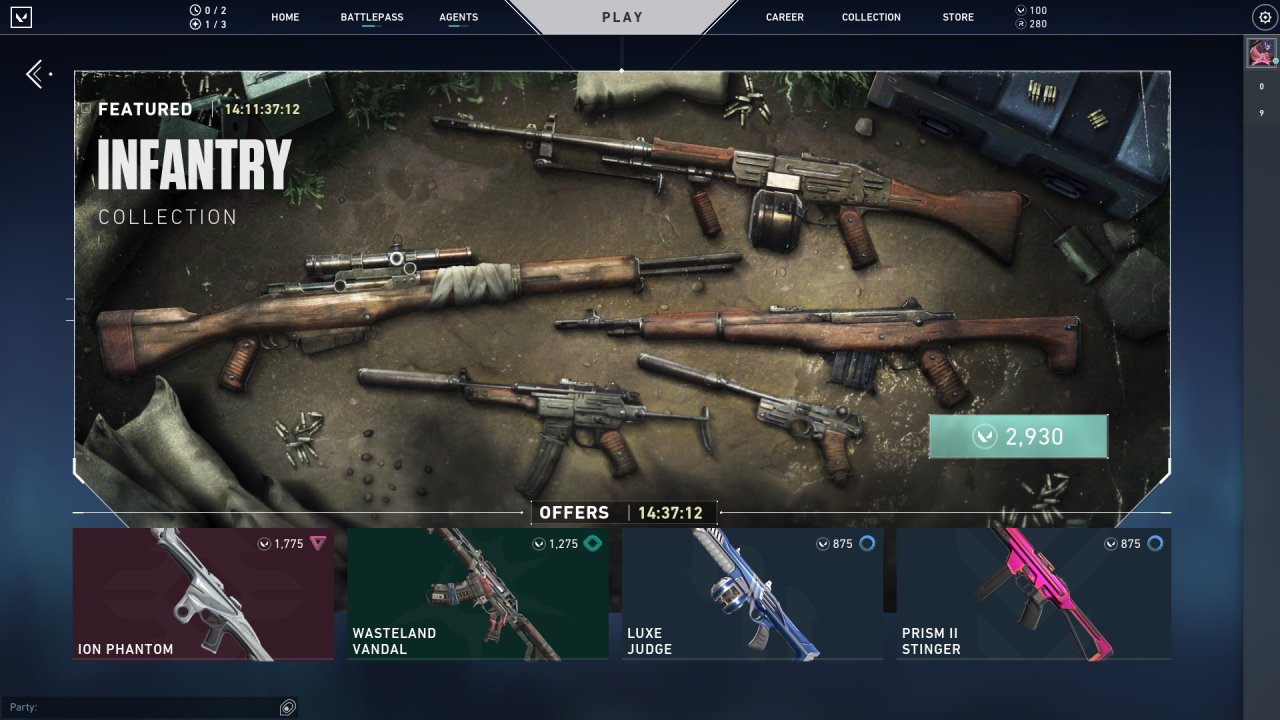 Valorant adds the M1 Garand, complete with its iconic ping

Prepare to take on Koopa's Challenge in an AR Mario Kart ride.

Valorant has released an M1 Garand skin for the Guardian rifle, including that oh-so-recognizable ‘ping’ sound effect when you expend a magazine.

We’ll be honest, we didn’t think Valorant’s universe of headshot-savvy wizards overlapped with ours whatsoever. But either some sort of dimensional hopping has occurred or we can expect to start conjuring walls of ice any day now, as the iconic World War 2 weapon has popped up in Riot’s competitive shooter – sort of, anyway.

The new skin is part of the Infantry collection, which arrived in the game’s in-game store alongside this week’s update. Alongside the M1-inspired Garand, the pack also includes archaic skins for the Spectre, Ares, Operator, and Ghost, with the latter showing a clear inspiration from the German-designed Luder pistol.

Naturally, there are already plenty of folks sharing the Guardian sound effect (and other guns) online. It appears that only the Guardian gets a unique effect, so no need to fire off all those Operator rounds in the hopes of something special.

The Infantry pack is available to buy for 2,930 Valorant Points, which equates to roughly $30. You can also pick up each skin individually for 875 Valorant Points each. Looking for inspiration to line up those Garand headshots? Check out our roundup of highlights from the first weekend of the Valorant Masters Stage 1.  We’ve also got looks at several other recent skin collections, including the Prime 2.0 bundle. For everything else, train your sights on our Valorant hub page to get all the updates you need.